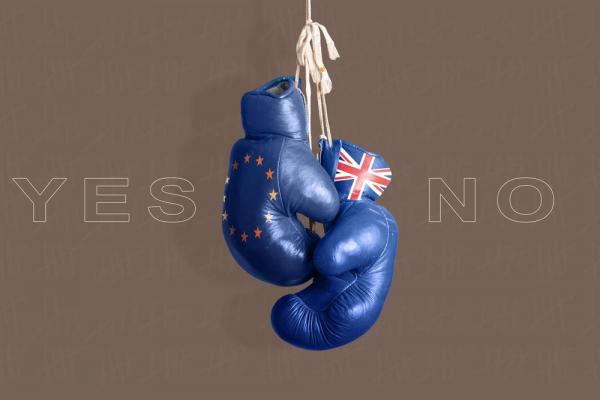 “Stick to wine, Tim – you’re wasting time.” If you spend as many hours on social media channels as I do, then you get used to – and even rather enjoy – the odd spat. But this was different. The person who was advising me to keep my political opinions to myself was none other than Hugh Johnson, arguably the greatest living wine writer.

I’m not quite sure whose time Hugh thought I was wasting, his or my own. If it was the latter, then I respectfully disagree. If it was the former, then there is a simple solution: you just unfollow, mute or block the person on Twitter. Hugh may well have done exactly that. He subsequently declined to engage with my polite response to his point, so this column is my side of the story.

There’s nothing new in saying that wine and politics don’t mix. I was told the same thing in the mid-1980s, when I wrote an editorial in Wine & Spirit condemning apartheid and advising people to boycott South African produce. Quite how anyone could argue that political decisions had no bearing on the system and supply chain that produced a bottle of Cape Chenin Blanc or an Outspan orange – and that we, as consumers, commentators and importers, did not have the right or the power to try to alter them – was beyond me.

Far from being separate, wine and politics are part of the same rumbustious cuvée. As the author of The Story of Wine, a masterly overview of the subject, Hugh Johnson is in a better position than most to realise this. There are numerous historical examples, from the invention of Port to Prohibition, the expulsion of Gamay from Burgundy to the failed Ottoman invasion of Hungary. The development of the drink we all love hasn’t taken place in cloistered isolation. It has happened in a context – economic, social, climatic, religious and geo-political – that is still relevant today. Just ask a wine producer in Turkey, China or the West Bank.

Politics affects the way we live our lives. Right here and right now. With the arrival of Donald Trump in the White House, aggressive Russian expansionism, the prospect of a hard, isolationist Brexit and forthcoming elections in France, Holland and Germany, the world is getting scarier by the week. It’s worth reading Christopher Clark’s book, The Sleepwalkers, about the causes of the First World War, to see how easily global conflicts can ignite.

More than ever, in a world of “alternative facts” and “fake news”, we need reliable sources of data and information. The fact that President Trump has specifically targeted journalists, excluding those he doesn’t agree with from his press conferences, is every bit as worrying as the Daily Mail’s description of High Court judges as “enemies of the people”. It may be considered impolite in certain circles to discuss politics, money or religion – Hugh Johnson’s view, I suspect – but silence, at least to me, is no longer an option.

Anyone who thinks that the current political mayhem will have no impact on the wine world is being naïve or wilfully ignorant. Just consider the implications of the Trump administration’s views on climate change. According to one of his advisors, any attempt to mitigate its very real effects is “the greatest threat to freedom and prosperity in the modern world”. If Trump ditches the Paris agreement, the medium-term effects could be catastrophic.

Closer to home, I think Brexit – at least the one that Theresa May appears to think the “will of the people” has ordained – will be equally disastrous for our industry. Something that The Economist rightly described as a “borderless business” will suffer from tariffs, border controls and mountains of red tape (ironically, the very thing that leaving the EU is meant to do away with).

Inflation and a weakening pound will almost certainly increase prices. A number of producers I’ve spoken to recently in South Africa and Argentina – both significant exporters to the UK – are beginning to focus on other markets. Our position as the self-styled “centre of the wine world”, nurtured by centuries of talent, expertise and hard work, could disappear within months. The idea that lower prices will benefit the export drive of English and Welsh wine producers is probably correct, but that’s not going to save our industry from a significant loss of profits, or worse, if we leave the Single Market.

Most people in the wine trade think Brexit is a terrible mistake. We are on the verge of cutting our ties with a union that has kept the peace in Europe for more than half a century and helped to deliver a considerable degree of prosperity to these islands, as well as contributing to the diversity of our tolerant, cosmopolitan culture.

Individuals rarely effect change on their own, but I’m doing everything I can to soften the impact of Brexit, by lobbying, signing petitions, making donations, joining groups of like-minded individuals and yes, Hugh Johnson, using any influence I might have with 54,000 Twitter followers. As the Nobel Laureate Seamus Heaney once wrote, “the way we are living, timorous or bold, will have been our life”. Time is indeed too precious to waste.