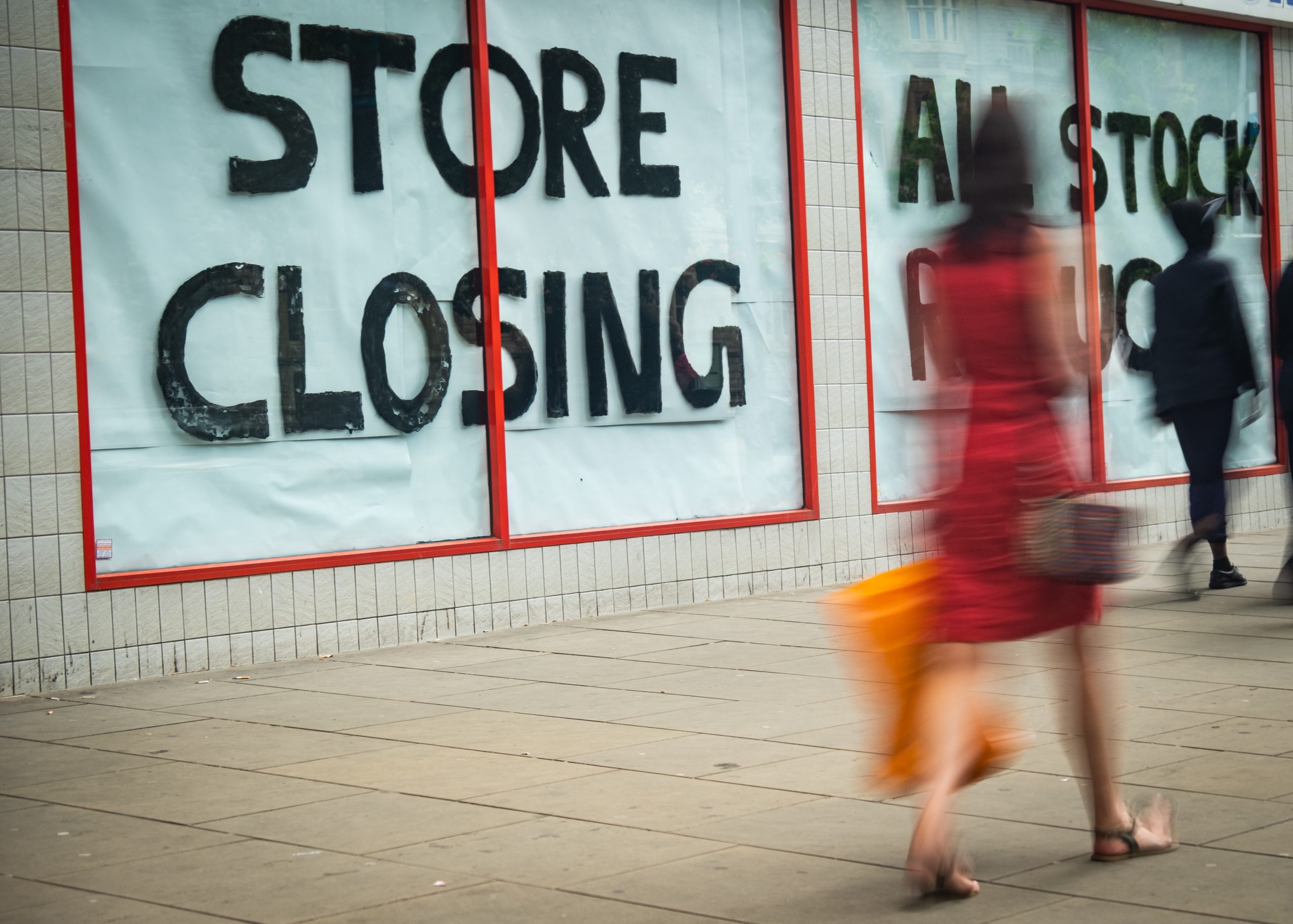 The numbers are terrifying. With the imminent closure of 124 Debenhams stores and the loss of 12,000 jobs, the high street has arguably suffered its highest profile casualty since Woolworths back in 2009. Stir in the 13,00 Arcadia employees who are likely to swell the unemployment statistics before long – and the probable disappearance of Sir Philip Green’s Topshop, Burton and Dorothy Perkins brands – and we are contemplating a very toxic brew.

The high street has been suffering for decades, buffeted by high rents, evolving shopping habits and the growth in online sales, but COVID-19 has accelerated a process that would have played out over the next few years anyway. Some of the blame can be put on Sir Philip himself – he’s a short-term doer of deals rather than an investor with his eye on the horizon, and, as Stuart Rose commented this week, an analogue businessman in a digital world – but only some of it. Many of our high streets, especially in major towns and cities, are in terminal decline.

Wine has been hit by the same trends, of course. Opening a copy of Grapevine, an annual guide I wrote with Anthony Rose back in the mid-1990s, it’s depressing to realise how many off-licence businesses we have lost. The roll call of the disappeared includes Augustus Barnett, Davisons, Thresher, Unwins and Victoria Wine. Even the chains that have survived – Majestic (never really a high street operation), Oddbins and a few branches of Wine Rack – have done so in what I would regard as diminished form.

And yet I don’t think that bricks and mortar retailing is dead, even in the high street. It’s just curtains for the traditional way of doing things – that analogue approach, if you like. As David Gleave of Liberty Wines puts it, “The businesses whose employees are sitting on stools waiting for customers to come through the door, will be waiting a long time.” I think he’s right. To use a word that is increasingly fashionable these days, business need to “pivot” to prosper. As Charles Darwin realised, it is not necessarily the strongest or the fastest species that survive, but the ones that are “most adaptable to change”.

What does such a business look like in 2020? One that spreads its risks is the answer. If the pandemic has taught us anything, it is that we need to be light on our feet. Wine businesses that were too focused on the on-trade, or on flogging En Primeur Burgundy – a region that will struggle to sell the 2019 vintage, at least as futures, in the UK early next year without public tastings – have had to look at alternative revenue streams. Many restaurants have done the same thing.

Modern wine businesses – Cambridge Wine Merchants, Loki Wine and Noel Young are good examples – are hybrids, combining on-trade, wholesale, internet and bricks and mortar sales as well as events and tastings. Their shops are more than façades, of course, but you can be sure that they’re not staffed by someone staring out of the window waiting for passing customers. In short, they are dynamic operations.

No one has the faintest idea what the UK wine trade will look like in three months’ time, let alone 12. One or more vaccines may see off COVID-19, assuming the virus doesn’t mutate, but Brexit, possibly with the added complications of no deal with the European Union, is less than a month away. I don’t know anyone in the wine trade, even those who voted for Brexit, who thinks that 2021 is going to be easy. In fact, it may be every bit as hard as 2020, with delays at ports, high tariffs, falling demand and producers who shun the UK.

We also have no idea how consumers will behave in the future. Will they start eating in restaurants again? Will they be desperate to attend public tastings? Or will virtual events be the way forward? I can’t see us going back to the status quo ante, but other than that, your guess is as informed as mine. One thing I do know is that companies that can adapt to whatever the world throws at them in 2021 have a good chance of survival. The rest will go the way of Debenhams.