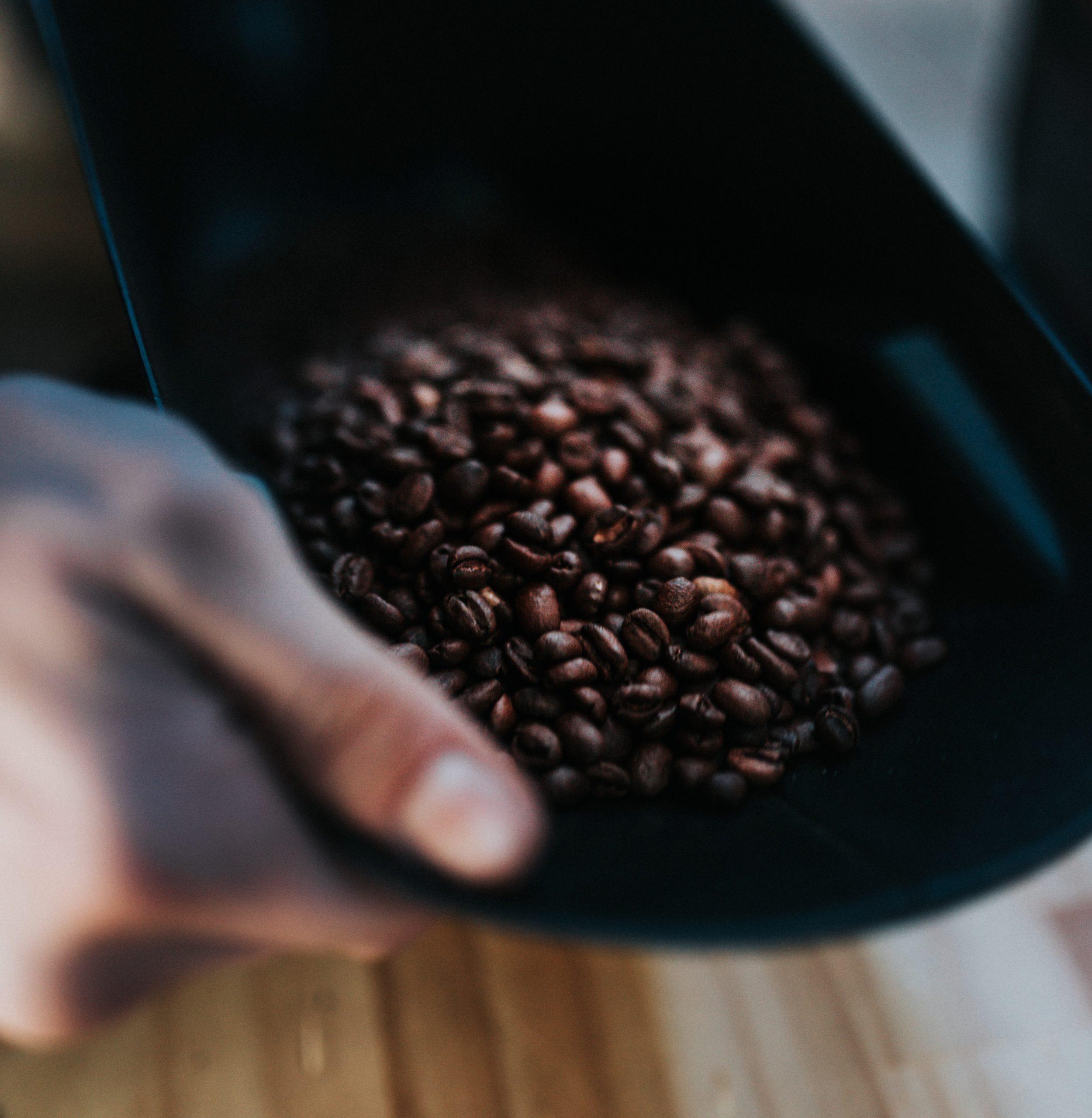 But at some point, most of us become aware that it’s cooler (or at least the mature thing to do) to sedately profess the preference for all things subdued. And if we let slip the occasional flurry of enthusiasm, then we must justify our outburst by explaining that the reason for our excitement is due to the exquisite subtlety of the object of our affection. In wine circles, “alluringly introverted” is just about the highest praise imaginable – for either wine or winemaker.

The world of coffee, however, has yet to reach such levels of maturity. In fact, when the world’s most pioneering winemakers are philosophising about how eye-contact with a vine during véraison might constitute unnecessary levels of intervention, coffee pioneers are asking, “what’ll happen if we throw banana peels in there?” For real.

The cresting wave of crazy

It was in 2015 that specialty coffee drinkers were first awakened to the possibilities of controlled fermentation in coffee. The experiments had been going on at least since 2010, but it was only when Australian barista champion, Sasa Sestic, managed to nab the title of World Barista Champion that things started to reach carnival pitch. He achieved this feat by serving his judges an Ethiopian coffee that had been fermented in an oxygen-starved stainless steel tank, at controlled temperatures. Sasa’s coffee made him an overnight sensation, and his company Project Origin was catapulted into the limelight for the work it had been doing to moderate coffee flavour through control of the fermentation process.

Project Origin’s founding goal had been simple, but noble: to use fermentation to improve quality, and bolster profitability for underpaid coffee farmers. The unintended result of their success, however, was a rapidly growing wave of consumer demand for coffees that tasted of bubblegum, Champagne, and strawberry licorice bootlaces.

But Project Origin weren’t alone in their pursuits. A company called Ninety Plus, founded in 2009, had been quietly working away on refining and perfecting the cultivating and processing of Ethiopian heirloom varieties, and later (with greater success) the Panamanian Gesha cultivar.  Coffees from the Ninety Plus stable regularly feature tasting notes like “World-class Cognac”, “Sake”, “Cherry liqueur” and “Shiraz wine”, forefronting overtly boozy fermentation elements that might have been considered flavour taints by coffee purists from a previous generation.

But if those ageing coffee purists are still out there, they certainly aren’t judging any World Coffee Championships. Because between 2013 and 2019, these Ninety Plus coffees were used to win five out of six of the Brewer’s Cup World Championships (essentially, the Olympics for filter coffee).

According to NinetyPlus, the legendary lot sells for up to $450 per cup at the Artisan Lounge in Hong Kong, promising tasting notes of “Champagne, sidr honey and lemon blossom.”

But what does fermentation have to do with coffee?

But how does fermentation even fit into your daily cup of coffee? Well, coffee beans are the seeds at the centre of coffee cherries. The fruit of the cherry has to be removed through one of a number of ways before the beans can be roasted. Most of the time, the majority of the fruit is mechanically removed, before the remaining sticky seeds are then soaked in water, allowing spontaneous fermentation to remove the final layer of sugary fruit from the seed pod. Historically, this fermentation phase was valued purely for its ability to remove mucilage, but companies like Ninety Plus and Project Origin have been showing just how much flavour can be modulated, and therefore how much value can be created through fermentation.

But it wasn’t just at the lunatic price fringes where these fermentation experiments were taking root. Carlo Coffee is a company working to elevate the quality of coffee coming out of coffee farms in Brazil. Their “New Flavours” project is an initiative that has been focusing on the fermentation phase, and experimenting with ways to change the way that the world sees Brazilian coffee; that is to say, largely as a producer of boring-but-affordable bulk coffees.

To do this, Carmo Coffee began repurposing steel tanks from the dairy industry to create controlled environments for coffee cherry fermentation. In an interview with Jem Challender from BaristaHustle.com, Carmo Coffee’s Hugo Luiz Portes da Silva explained how, in the early days of the project, Carmo would import lab-grown Champagne yeasts out of Switzerland to try to create new flavours, or boost certain existing flavours in their coffee.

Across the globe, in Indonesia, producers like Wildan Mustafa from Frinsa Estate have been carrying out similar experiments, albeit with a slightly more low-tech approach. His team seal fermenting coffees in plastic bags, after inoculating them with Lactobacillus and Saccharomyces cerevisiae. The results of these yeast modulations have produced wildly different flavours, even though the coffee lots comprise the same cultivars, from the same soil types, and the same harvesting dates.

In Madagascar, smallholders in remote rural villages have been creating their own carbonic maceration tanks by filling plastic buckets with coffee cherries, lighting a candle in the bucket, and then sealing the container. The candle consumes the oxygen in the bin, creating an oxygen starved environment in which the coffee cherries are then left to ferment. I sceptically tasted this coffee at the Cape Town Coffee week in 2019, and it was arguably one of the most exciting coffees of the festival. The coffee showed notes of blueberries, plums, cocoa nibs, and cinnamon; a flavour note that has been shrouded in controversy of late.

The Shameful Cinnamon Gate Scandal of ‘17

Because while experimentations with various yeast strains, temperature control, and carbonic maceration have been followed with frenzied interest by coffee geeks around the world, not much has been written about the slightly more bizarre experiments that have been underway.

Carlo Coffee, amongst others, have experimented over the years, adding ingredients like cinnamon sticks to water in their fermentation tanks. Other producers have used tangerine peels and various tropical fruit to impart certain flavours to their coffees. For the most part, these experiments were conducted using lower quality coffees sold into the commodity market, and so were seen as events that need not concern the purists on the Specialty Coffee scene. But in 2017 that all changed.

In a scandal that has become known as #Cinnamongate, Irish Brewing Champion Stephen Houston brewed a coffee at the World Championships that tasted so distinctly of cinnamon, that the entire focus of the competition shifted. No one even remembers who won that year (it was Chad Wang from Taiwan) because they were so busy trying to figure out how such a powerful note of cinnamon could possibly have ended up in his coffee. Was there cinnamon added to the coffee? And if so, at what stage of the processing? And if during fermentation, was this considered a contravention of the rules? A question some were asking was, “if inoculating with Champagne yeasts was considered innovative, why was the possible addition of cinnamon into the fermentation tank considered criminal?”

Accusations were plentiful; evidence not so much. To this day, there is no definitive verdict on the matter, but regardless of the outcome, a delicious conundrum had emerged. It was widely agreed that if Stephen’s coffee did employ actual cinnamon at some point during its processing, then it was a travesty. But if not, then it was one of the most exciting coffees of the year. As Matt Perger said in his report on the event,  “this contradiction lies at the heart of #cinnamongate: many roasters are willing to pay extremely high prices for cinnamon coffee — but only if they believe no cinnamon was used to make it.”

A return to terroir. Sort of

And the Carmo Coffee team experienced a similar backlash to their experiments. Even though the additions of things like kombucha, sugar cane, pineapple skins, and strawberries began popping up more frequently, Hugo couldn’t help but to ask himself, “Are we really promoting Brazilian coffee, if the coffee we sell no longer tastes like Brazil?”

Interestingly, the manner in which they addressed this question did not lead to a minimal intervention movement, but has instead inspired an entirely new wave of experimentations in fermentation.

The team has abandoned foreign yeasts, and now only works with spontaneous yeasts, indigineous to that particular plantation. Using spontaneously actively fermenting fruit musts from previous coffee lots, the team trigger fermentation in freshly harvested coffee cherries. They noted that different yeast strains dominate in the different cultivars, which gave rise to a range of experiments that involved cross-blending between cultivars to create a whole new spectrum of flavours. But the debates around terroir are never too far away. If using fermented Typica cherry fruit to trigger fermentation in a batch of Yellow Bourbon seeds, is that still an accurate reflection of the region’s terroir? Or is that too much intervention?

The value of debate

The more vocal protectors of terroir will argue that any manipulation beyond the basic washed process is already detracting from the notion of “coffees of place”. Carbonic maceration proponents like Jamison Savage (operating in Panama) rebut this assertion by claiming that the CM process can do little more than “polish” the flavour profile already present in the coffee, and so actually acts as a magnifier of the notion of terroir.

Any wine geek will no doubt recognise this debate all too quickly; picking a side, and tut-tutting into their hand-brewed cup of Ecuadorian Sidra.

The commodity coffee market asserts that all coffee is essentially the same and, as such, should fetch the same price. Put one way, a batch of mechanically harvested, low-altitude mundo nuovo cherries from Brazil is seen as comparable with a harvest of hand-picked shade-grown Ethiopian Heirloom varieties grown at 2000m in the Gori Gesha forests. The equation is nonsensical.

But more than stating that the value of coffee from any origin is largely static, the market also asserts that the price of coffee today is correctly set at the same level it was 45 years ago! It’s hard to imagine a respectable company that would, with a straight face, offer its employees salaries that match those from 1975. And yet, that is the sort of remuneration that 90% of coffee farmers are forced to accept.

Now there is no time here for debates on market forces. But it is perhaps refreshing to note that in 2020, a year full of isolation and angst, the movements inciting passion (and value) in the coffee industry all seem to embody a childlike spirit of levity and adventure that many of us have lost. These coffee pioneers hold a healthy disdain for what might be the “mature” thing to do and choose instead to say, “To hell with subtlety; I want bubblegum in my coffee.”

Photo by Nathan Dumlao and Unsplash