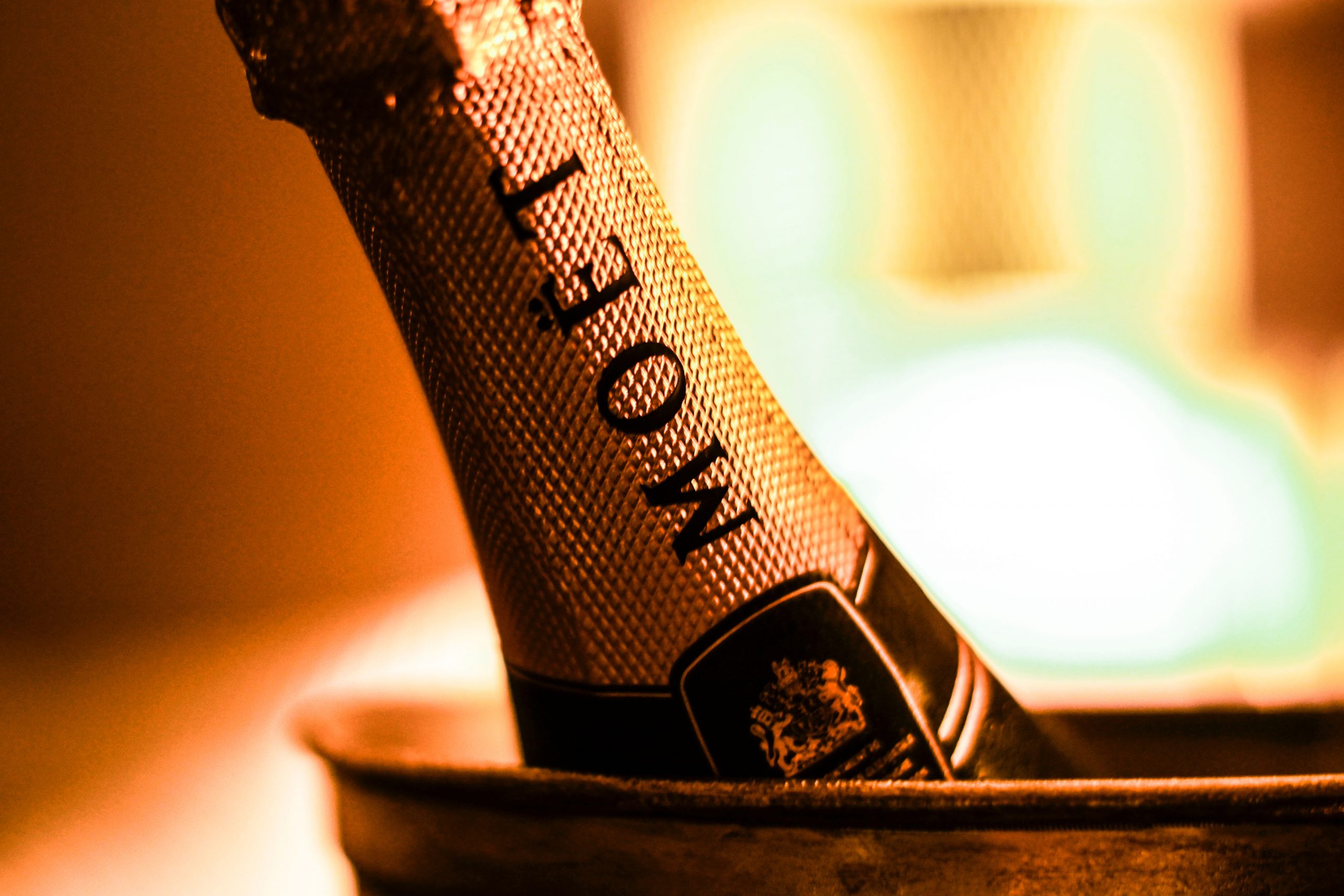 Noble Rot Magazine recently ran a blind ‘Champagne vs English Sparkling Wine’tasting in which Veuve Clicquot Yellow Label placed higher than a number of fêted smaller producers(the first iteration of this tasting, back in 2015, also saw Brut Réserves from Taittinger and Pol Roger finish above Chartogne-Taillet, Bêreche and Marguet). When this happens – and it is not a freak occurrence – should we really be surprised?

Any time a cork is popped, the spectre of Grande Marque Champagne is always in the room. Either we’re drinking it, or we’re drinking something that deliberately isn’t it. Work to undo this perception of duality in Champagne is underway, although the characterisation of Big Champagne as a marketing machine churning out mountains of reliable, if unexciting, fizz has had plenty of time to seep in.

I remember once watching chef Raymond Blanc film an entire television episode on an impeccably-run family poultry farm. Full-feathered birds strutted through spacious meadows at dusk, pecking at heritage grains. Blanc proceeded to roast one of these august specimens alongside one he bought in the supermarket for the purposes of a blind taste-test. He got them the wrong way round. When wine writer Jamie Goode describes Dom Pérignon 2010 as “annoyingly good”, we’re dealing with the same inconvenient truth; we can build complex, multi-dimensional stories about place and people, yet these are not necessarily manifest when the product is plucked from its context, awaiting judgement on a cold bench.

We need to give ourselves a break. Sparkling wines throw origin through the prism of bottle fermentation, long lees-ageing, disgorgement, dosage and post-disgorgement age, all of which build, scatter and bleed flavour. Grades Marques have their wines so finely-tuned that they can seem almost unnervingly well-balanced, with all edges, gaps and protrusions chipped away until style and substance seem to merge. This can feel reassuring (and even quite intriguing) next to smaller-production wines that tend to display both in broader brush strokes. Big Champagne, tasted blind, rarely bombs.

Even if we accept that the ‘Big/Small’ axis measures style as much as it does quality, where can we plot those qualities of interest, excitement or even beauty? If we don’t find these in a glass of Yellow Label, would we at least grant them an open door should they appear? Perhaps not. Big Champagne is too commercial, isn’t it…?

“I also dreamed that I might gather the wild herbs, or carry evergreens to such villagers that loved to be reminded of the woods, even to the city, by hay-cart loads. But I have since learnt that trade curses every thing it handles; and though you trade in messages from heaven, the whole curse of trade attaches to the business.” Henry Thoreau, Walden

Champagne itself is a luxury brand, whether sold to us under orange umbrellas on a Sunday afternoon at Lord’s cricket ground or, just as potently, its negative – via the tale of the breakaway grower, renouncing their contracts and bringing their own patch of ground to life. Marketers have long recognised the tendency for categories to settle into an either/or dynamic. It even has a name – ‘The Law of Duality’- presumably recognisable to anyone unfortunate enough to have read 1980s marketing bibles. The thesis is simple; grouping choices into dualities can make products easier to understand, and therefore easier to sell. Reliability versus rebelliousness, assurance versus subversion. Buy one of each, and compare.

If you follow Thoreau in finding the longing for luxury burdensome, however, then I’m afraid all Champagne is out, whether produced by the swimming-pool load in a glittering tank farm or brought in by the chalk-encrusted feet of cart horses under moonlight. It is not even clear that buying small is necessarily an ethical decision, either. As Tyson Stelzer points out in his introduction to the Champagne Guide 2020, it is the Grandes Marques that are turning the ship around with regards to sustainability in the region, even if the initial energy came from smaller growers.

Rather than simply being ‘better’, the appeal of Small Champagne is tied to the warmth and familiarity of the stories, which step in to round the circle once we discover something fascinating and delicious. By contrast, the big houses can seem cold and intangible. When you’re passed a glass of Pol Roger Vintage, what sort of picture can your mind’s eye possibly conjure? A hundred vineyards? Two hundred tanks? A suited blending committee? The Solar System is wondrous, the Galaxy disquieting.

Some houses do make efforts to retract the curtain by letting their chefs de caves loose on tours, seminars and workshops. Coupled with limited, terroir-specific releases, an effort to make Big Champagne seem smaller (at least to the wine trade) is in play. Perhaps it will steal a few inches of airspace from those in the lower weight categories. Still, the warm, fuzzy closeness we feel when a wine appears to come from one pair of hands and one, knowable place is difficult to replace.

Rather than try, the nagging voice reminding us that Big can be Good might prompt any level-headed oenophile into seeking an understanding of the Grandes Marques that goes beyond the luxury-brand-marketing Kool-Aid (which is not aimed our way, in any case). Instead of brushing off positive experiences as aberrations, we can treat them as an invitation to fill in the substance, both ‘viti-’ and ‘cultural’, that lies quietly beyond; history, soft and hard, politics, diplomacy, science, personality, commerce. Then, next time a good glass turns out to come from a bottle with Pol, Piper or Perrier on the label, we might have something to think about other than ‘Damn, I thought this was something more interesting!’.