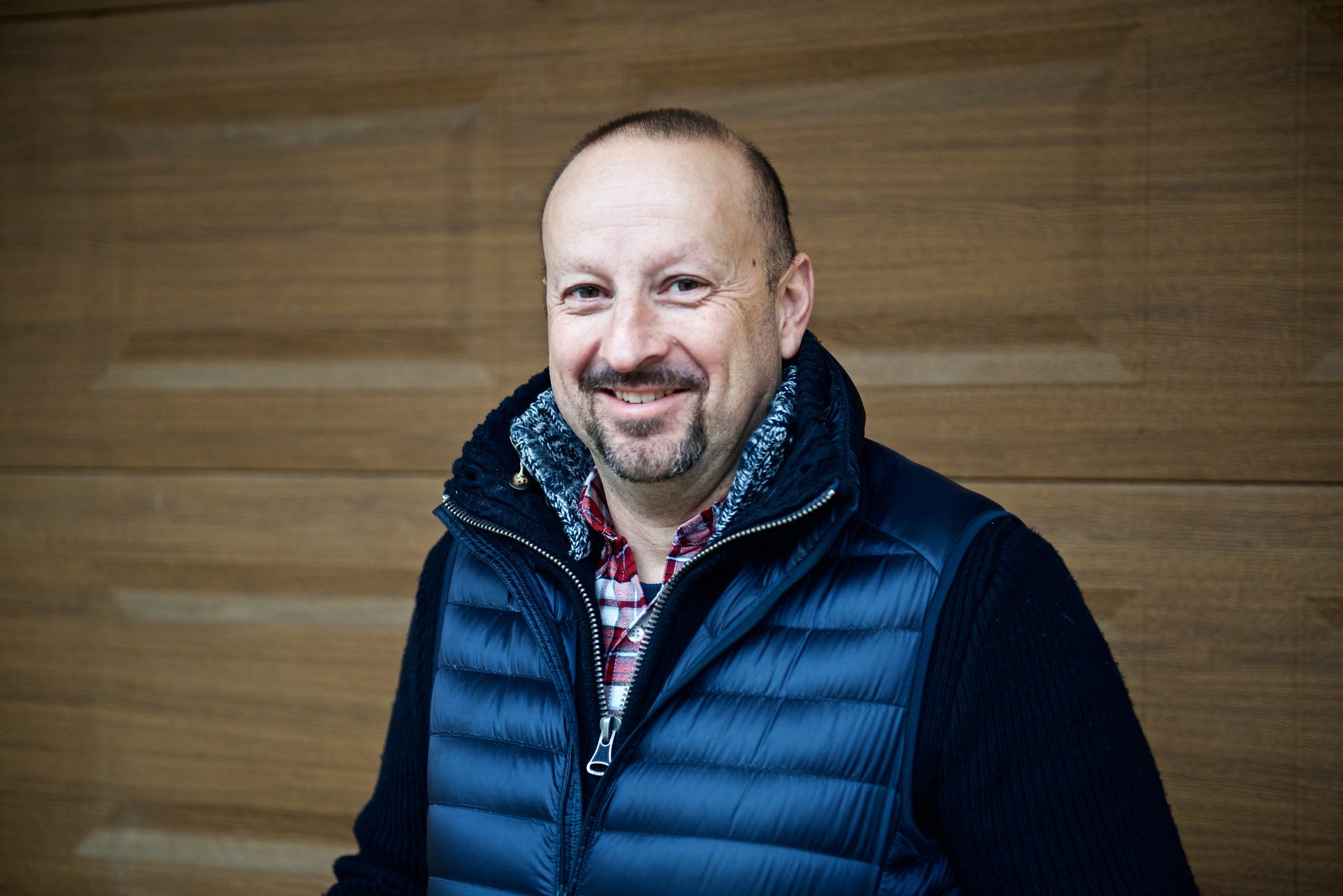 “Where’s the Fourrier?” is an increasingly common question at Burgundy tastings these days. Just as closing time visitors to the Louvre are loath to tarry in the Etruscan collection on their way to the Mona Lisa, so anxious Pinotphiles want to taste Jean-Marie Fourrier’s range before the samples run out. They are right to worry. One London merchant put a couple of sharp-elbowed employees on duty earlier this year to stop punters pouring too much into their glasses.

Today Domaine Fourrier is recognised as one of the superstars of the Côte d’Or, fit to rub neck labels with the likes of Armand Rousseau, Georges Roumier and the Domaine de la Romanée-Conti. But it wasn’t always so. As recently as the 1980s, the estate was struggling under Jean-Marie Fourrier’s father, Jean-Claude, who famously evicted Robert Parker from his cellar when the American critic told him to invest in some new oak barrels. Parker’s scores for the 1985s were so low they needed a periscope. Equally damningly, he wrote that the Fourrier cellar was one of the “dampest and dirtiest in all of Burgundy”.

The Fourriers had been exporting wine since the mid-1950s and were one of the earlier domaine bottlers, beginning in the 1930s. But all that counted for little. The criticism was devastating. “We lost most of our clients because of Parker,” says Jean-Marie. By the time he took over the domaine full-time in 1994, there were five vintages backed up in the cellar. “I sold the 1994s in bulk, partly to pay inheritance taxes, but also because there was no room to keep the wines.”

At the age of only twenty-three, Fourrier had a failing domaine on his hands. His solution was a combination of shoe leather and tyre rubber. For five years, he sold the domaine’s wines to Belgian supermarkets, driving over the border and back in the same day to save on hotel bills. The 1989 Clos Saint Jacques was offered for the equivalent of €5 a bottle.

Even then, things weren’t quite as disastrous as they seemed. The critics who hadn’t liked his father’s wines still admitted that the domaine had potential because of what Parker called “a myriad of well-placed vineyards”. There have been Pernots, Baudots and Fourriers in Gevrey-Chambertin since the 1850s and over the years, the extended family has accumulated some impressive parcels through a combination of marriage and purchase.

There are Gevrey producers with more extensive Grands Crus holdings – Domaines Rousseau, Rossignol-Trapet and Pierre Damoy, for instance – but the Fourriers’ 10 hectares still include several gems, including Griotte-Chambertin, Chambolle-Musigny Premier Cru Les Gruenchers and five Gevrey Premiers Crus – Clos St Jacques, Combe aux Moines, Champeaux, Cherbaudes and Goulots – all but one of which are located in the north-western corner of the appellation, influenced by the cooling breezes from the Combe de Lavaux.

Some of these vineyards are old, even for Burgundy. (In fact, the domaine has a policy of selling off fruit from its younger vines.) Its delicious Vieille Vigne Gevrey-Chambertin, for example, comes from vines planted by Jean-Marie’s great grandfather, Joseph Baudot, in the Champerrier du Dessus lieu-dit in 1928, while the parcel of Clos St Jacques is even more ancient at 106 years old.

The modern history of what is now Domaine Fourrier began in the 1930s with Fernand Pernot, a life long bachelor and bon viveur, whose sister married a Fourrier. “Popène” made wines under his own label and subsequently worked alongside his great nephew, Jean-Claude Fourrier, Jean-Marie’s dad. The latter took over the winemaking in 1969, changing the name of the domaine to Pernot-Fourrier, and then, following Pernot’s death in 1982, to Jean-Claude Fourrier. Since 1992, this has been simplified to plain Domaine Fourrier.

Jean-Claude Fourrier was a reluctant vigneron. He desperately wanted to be a mechanic but was forced to go into wine in his teens when his father was asphyxiated by carbon dioxide in the cellar. “Winemaking was always an obligation for Jean-Claude, not a pleasure,” says Jean-Marie. Now in his early seventies, Fourrier pèreis still involved with domaine, often putting in 12-hour days in the fields, but tractors, not vines, are his real passion.

Just like his father, Jean-Marie didn’t regard wine as a vocation. He qualified as the youngest pilot in France on his 17thbirthday, before deciding that flying commercial planes was a precarious job in the middle of a global economic crisis.  In the meantime, he went to the “Viti” in Beaune, the school that has trained so many Burgundian winemakers, and graduated from Dijon University with a degree in oenology. On a more practical note, he worked a vintage with the legendary Henri Jayer, and then started to make wine alongside his father.

The relationship between the two wasn’t easy, soured by Jean-Claude’s scant interpersonal skills. Still, Jean-Marie did four vintages at Domaine Fourrier,  interrupted only by his military service in 1990. Then, in 1993, he went to Oregon to work for Domaine Drouhin as a cellar hand, partly to learn English but also to get away from home. Finally, wine started to seem a more appealing prospect. “I needed a bit of distance from Burgundy to see how lucky and privileged I was,” he says. For all that, Jean-Claude was worried that Jean-Marie wouldn’t come back. The following year he left him the entire domaine, minus the tractors, of course.

Domaine Fourrier, as we’ve already seen, was in the doldrums. So Jean-Marie set about rebuilding its reputation. He bottled his 1995s and, little by little, wine merchants started to return his calls. It’s been quite a turnaround. Twenty years later, he exports to 27 countries (Belgium included) and sells only 5% of his production in France. Nowadays, his wines are on strict allocation.

How did he achieve such success? A cleaner, more modern cellar is one part of the answer, but the real focus has been in the vineyards: on lowering yields and expressing the personality of each of his parcels. “Too many Burgundians spend time at their computers looking at the price of their wines when they should be in their vineyards,” he says. Fourrier’s approach is to intervene is as little as possible. He de-buds, but doesn’t use green harvesting, eschews herbicides and keeps treatments to an absolute minimum. And he picks early in the morning.

It’s the same story in the cellar, where he says the “danger is to do too much. When you make wine, you always put a bit of yourself into it, but you have to careful not to overwhelm your terroirs.” The one significant intervention he does make is to de-stem his grapes. He tried 30% whole bunches for the first and last time in 1995 and decided he didn’t like the result.

Other than that, it’s a case of moderation in all things. Fermentations are cool and slow to preserve fruit, the percentage of new oak rarely exceeds 20% and the wines are not racked during élevage. Fourrier doesn’t fine or filter before bottling either. He prefers to work reductively, with high levels of dissolved carbon dioxide, even in his finished wines. The result is a remarkable combination of fruit purity, freshness and poise, which can make the wines seem deceptively forward when young. Fragrant they may be, but they don’t lack structure.

By 2001, the domaine’s fortunes had recovered to such an extent that Fourrier decided he needed another challenge. His solution was to buy a 17-hectare domaine in Faugères, one of the best appellations in the Languedoc, for €400,000 – a fraction of what he would have paid for a vineyard that large in Burgundy. Domaine Jean-Marie Fourrier made some impressive wines, but struggled to make a profit. “I sold up in 2005,” he says, “but working with other varieties gave me a lot of good experience. I just don’t miss the hours in my car.”

These days, Fourrier’s focus is entirely on Burgundy, although he introduced a line of mostly high-end négociant wines, made with purchased grapes, in 2011. He says he considered borrowing money to buy more vineyards of his own, but didn’t want to leave his children and grandchildren with excessive debts. “In the 1950s, you could pay off a loan in a year or two. Now, it would take you several generations. And if you buy a piece of Musigny, it’s more like 200 years.”

Fourrier’s négociant business has expanded his winemaking horizons. “If you’re just a vigneron, you only see one part of the job. As a négociant, I get to know other appellations. I have a strict rule that I only buy grapes from vineyards where I don’t have any vines of my own.” Significantly, he has expanded his range of Grands Crus to include Clos de Vougeot, Latricières-Chambertin, Mazoyères-Chambertin, Clos de Bèze and Chambertin, all of which show the Fourrier hallmarks of balance and finesse.

Ask Fourrier to describe his own wines and the words he uses are “drinkability” and “pleasure”. They are not, as it were, showy wines. “I’ve never wanted to impress people,” he adds. “I’ve never wanted to be famous.” But 22 years after he took over a struggling domaine, Jean-Marie Fourrier is just that. A reluctant star he may be, but a star nonetheless.

Originally published in Decanter in December 2016