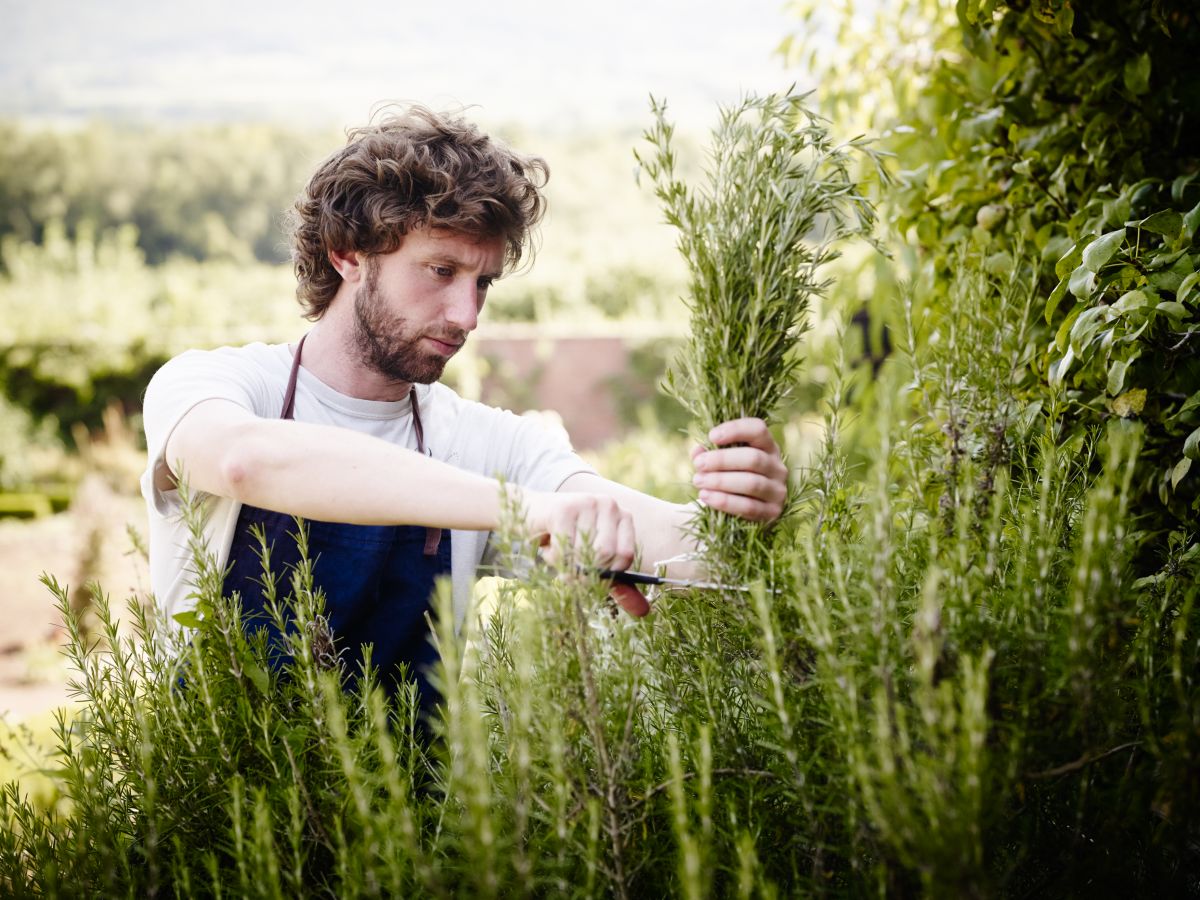 In the UK we can be a bit prejudiced against flavoured wines and spirits. It’s not hard to see why if you look at the current proliferation of ‘aromatised wine-based drinks‘ that are appearing on supermarket shelves. Most trumpet their ‘natural fruit flavours’, but rather than tasting of genuine strawberries, raspberries or peaches, all the ones I’ve tried have tasted like melted jelly sweets, diluted with water then poked with vodka. Most flavoured spirits aren’t much better. There are two kindred styles of flavoured wines and spirits however that have been criminally overlooked in the past that are starting to make a comeback. We’re even making some brilliant modern examples here in the UK.

Good vermouth and amaro show that when a balance of natural flavours can be captured and blended, the results can equal more than the sum of their parts. And they offer a whole new world of complex flavours that you simply never find in more conventional wines and spirits.

The boom in British gin we’ve witnessed in the UK over the past few years shows that there is a huge demand for drinks that have been aromatised with herbs and spices. Amaro and vermouth are similar in some respects but both are broader in style. In basic terms, a vermouth is a fortified wine (typically 15-18%), laced with a range of aromatics and can be sweet or dry. An amaro starts life as a spirit, also flavoured with aromatics, but with sugar added to balance out its characteristic bitterness, creating a liqueur (typically 15-40%). Amaro (plural: amari) means ‘bitter’ in Italian; to produce this flavour, a bittering agent is used such as gentian root or wormwood.

Some aromatics are more common than others, some overlap between vermouth and amaro, and each brand has its own recipe. They can include herbs, spices, flowers, fruit peels, seeds, roots and tree bark. Methods of serving them vary widely; they can both be drunk neat, at room temperature or chilled, over ice, mixed with tonic or soda, or used in cocktails. Amaro is very much an Italian drink, whereas vermouth is made in several European countries. Neither have any real history of production in the UK however. For the new breed of UK vermouth and amaro producer this means that although the locals are largely unfamiliar with these styles, they have the freedom to create their own unique expressions.

Surrounded by 40 acres of silver birch trees near the South Downs National Park in West Sussex, Blackdown Artisan Spirits have been making a range of alcoholic drinks since 2013. They put the trees to good use; the sap contains around 1% fructose, and can be concentrated to make a base wine for their off-dry white vermouth. The sap contributes freshness, citrus notes and tannin to the finished product. “Sales are going exceptionally well” says owner Sarah Thompson, and she puts this down to a number of factors. There is a growing demand for quality, artisanal English drinks and “gin is pulling vermouth along” she says. “People are looking for a lower alcohol alternative to gin” and vermouth is a good option. It is particularly popular with people aged between 30 and 50, who tend to enjoy bitter flavours, whereas those younger or older often prefer sweeter ones.

Out west in Somerset, Jack Adair Bevan from The Ethicurean restaurant makes a sweeter, darker vermouth called The Collector. The base wine is 100% Malvasia from Veneto, the spirit from Chase Distillery in Hereford and most of the aromatics are grown in the restaurant garden or foraged in the nearby Mendip Hills. He has sold 1,000 bottles since launching it in November. “I can’t stress enough how much vermouth is coming on” he says, listing a number of top London restaurants such as Quo Vadis that are developing dedicated vermouth lists. He suspects that interest in vermouth has grown partly on the back of the current popularity of classic cocktails such as the Manhattan and the Negroni, both of which contain vermouth.

The only British company that produces both styles is Sacred Spirits in Highgate, North London. Ian Hart started out making gin, but now also makes three vermouths (an extra dry, an amber and a sweet rosso style) alongside their Rosehip Cup which is essentially an amaro: “it’s designed to be an English alternative to Campari,” he says. His base wine is sourced from Three Choirs Vineyards in the Cotswolds, he fortifies with an English wheat spirit and sources as many of his aromatics as possible from within the UK. He sees the developing interest in these styles as part of the ongoing transformation in UK food and drink culture we’ve seen over the last decade. “Vermouths have been a bit downmarket for too long, but the UK is very much at the forefront of the resurgence.”

The other two British amari are also from London; Stellacello ‘London Amaro’ from Hackney and Asterley Bros ‘Dispense’ from Sydenham. Both Joe Stella from Stellacello and Rob Berry from Asterley Bros have Italian heritage and a love for amari but wanted to create their own British versions. Pointing towards recent fashion for Aperol and Campari based drinks, Stella says “it’s fantastic that people are being a little more adventurous with their own palates – it’s the sign of a healthy food and drink scene.” Rob Berry feels that “there’s a palpable sense in London of people wanting to make artisan products” and the industry has been encouraged by government grants and support. He plans to follow the craft beer model of producing small batches and seasonal styles to keep the business dynamic and fun. “There’s a whole world of different ways to approach this stuff,” he says.

For the wine lover, one of the attractions of their favourite drink is that it speaks of where it is made, that it reflects terroir. The aromatics used in the production of vermouth and amaro inevitably take centre stage, but if the ingredients are locally sourced, the result can still be reminiscent of a place. If drinking a wine is like surveying a landscape, then drinking a vermouth or an amaro is more like looking at an impressionist painting of a landscape; the hand of the artist is very much in evidence, but the skill in its production is still a wonderful thing to behold.

Wine is extraordinary in its ability to convey so many flavours from so few raw materials. But as Ian Hart at Sacred Spirits points out “there are 500,000 known plants and spices you can use” when producing a vermouth. Vermouths and amari bring into focus a new palette of aromas that you don’t find in other wines; they also offer a different form of structure to explore in the form of bitterness. Vermouth and amari may be flavoured drinks, but they couldn’t be further away from the cynical fruit-flavoured concoctions currently sneaking their way onto supermarket shelves. And they are styles that the UK can be increasingly proud of.

Sacred Extra Dry Vermouth (London, 23.8%)
£33.85 for 75cl, soon to be available at Gerry’s of Soho
Base wine from Three Choirs in the Cotswolds; botanicals include English wormwood, thyme and other barks, peels and spices; fortified with English wheat spirit.
Pale gold colour. Spicy and earthy nose that recalls freshly roasted Indian spices (cardamom, turmeric, black pepper). Woody top notes. Some lemony, citrus aromas. Complex but harmonious nose, very intense and incredibly vivid. Very fresh and lively. Saline impression in the mouth, with a dry, quite austere bitter finish. Aromatics feel deeper on the palate. Light in body but vinous in the mouth alongside some noticeable spirit. It’s very intense to sip neat: try it with soda or tonic.

Sacred Amber Vermouth (London, 18.0%)
£TBC, soon to be available at Gerry’s of Soho
Base wine from Three Choirs in the Cotswolds; botanicals include English wormwood, thyme and other barks, peels and spices; fortified with English wheat spirit. More orange peels and flowers and less wormwood than the other two Sacred Vermouths.
Amber coloured. Quite a fruity aroma, liked cooked peaches, apricots, bergamot and orange peel. This is overlaid with some floral hints, along with honey and spices (cinnamon and dried ginger). It’s medium-bodied with a medium level of sweetness balanced with firm acidity. Complex, vibrant, balanced, long, with good intensity of flavour and a certain richness. An expertly made artisan drink that’s good to drink neat over ice or with tonic.

Asterley Bros ‘Dispense’ Amaro (London, 30.0%)
£34.95 for 50cl soon to be available from www.asterleybros.com – sign up for a free sample in the meantime
24 aromatics including orange, lime, cloves, cardamom, gentian, rhubarb root and angelica with Kentish hops as the main bittering agent; macerated in either an organic neutral grain spirit, a molasses based spirit or a vermouth made from English Pinot Noir.
Pale orange amber colour. High-toned, spicy style with defined aromatics. Subtle Indian spices on the nose. Some rooty, herbal bass notes in the background. Full-bodied, noticeable spirity alcohol. Long, citrus peel finish with savoury notes and an assertive dry bitterness married balanced with a sweet, gentle viscosity. Lots of flavour, intense and long. Particularly enjoyable with a block of ice.

Stellacello Amaro London (London, 23.0%)
£25.00 for 50cl at Borough Wines
Over 20 aromatics including grapefruit peel, rosemary, black pepper and coriander seed macerated in 96% ABV pure ethanol for up to 2 months.
Pale amber colour. Bright, distinctly citric (orange, grapefruit) and spiced (clove, coriander) with some deep herbal notes in the background. Lovely fresh nose – balanced between high, low and middle notes. Sweet attack, with assertive, orange and grapefruit peel bitterness right from the outset and into the long finish. Medium-bodied, with a grassy, herbal finish. Enjoyable neat at room temperature or with a block of ice.