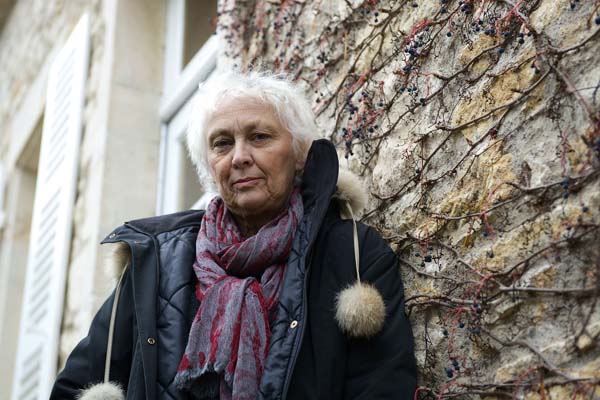 Anne-Claude Leflaive was sometimes described as one of Burgundy’s “grandes dames” but there was nothing aloof about the woman who ran the most famous white wine domaine in the Côte de Beaune. Relaxed, friendly, yet intensely focused, Anne-Claude inherited the easy charm and sense of humour of her father, Vincent, who preceded her at the helm of this prestigious property.

She was occasionally bracketed with Lalou Bize-Leroy, another advocate of biodynamics and an equally outstanding producer of red rather than white wines, but the two could not have been more different. They shared a common passion for Burgundy and for expressing their terroirs, but Anne-Claude was more congenial company, equally at home in a vineyard or a three star Michelin restaurant. Everyone warmed to her.

Anne-Claude was born in Paris in 1956, but was as Burgundian as a basket of gougères. As a child, she visited the domaine at weekends and during holidays and started doing the harvest in Puligny-Montrachet in her late teens. She discovered she had an affinity for viticulture and the estate’s array of vineyards as well as winemaking, although she didn’t join the business full time until 1990.

When her father retired, Anne-Claude initially ran the domaine with her cousin, Olivier, but after Vincent died in 1993, she assumed full responsibility for its direction. She did so at a tricky moment, after justified criticism of the wines the domaine produced in the late 1980s and the sense that it had lost its way.

Her solution was radical. At a time when the teachings of the Austrian “spiritual scientist” Dr Rudolf Steiner were still little known in Burgundy, Anne-Claude started to experiment with bio-dynamics in one part of the estate. Seven years later, after exhaustive trials comparing the pros and cons of biodynamic, organic and “conventional” techniques, she took the plunge. “We looked at the three types of viticulture, and there was a clear difference in what they produced.”

What finally convinced her to switch entirely to bio-dynamics was a comparative tasting of the 1996 Puligny-Montrachet Premier Cru Clavoillon, sourced from the domaine’s biggest parcel at 4.79 hectares. Anne-Claude showed two blind wines, one organic the other biodynamic, to journalists and importers and everyone preferred the biodynamically grown one, pronouncing it fresher and more alive. I can still remember the joy on her face as I did so.

Given the subsequent controversy in Burgundy about premature oxidation, which understandably focused on Domaine Leflaive as well as a handful of other top producers, it was ironic that Anne-Claude felt the biodynamic Clavoillon also faded less rapidly once opened.

Whatever the cause – and no one would point the finger at biodynamic cultivation as the likely culprit – some of the domaine’s wines from the late 1990s and early 2000s did not age well. Thankfully, that controversy appears to be a thing of the past in Burgundy – thanks to better corks, higher levels of sulphur dioxide at bottling and less bâtonnage (lees stirring) in barrel.

Although she won several awards as a winemaker, most notably that of the Institute of Masters of Wine’s Winemakers’ Winemaker in 2014, Anne-Claude always appeared to be more interested in the land and left day to day cellar decisions to her very capable régisseur, Eric Rémy. Accepting the IMOW award, she said that, “the most important thing for me is to have good grapes and work with respect in the vineyards”.

Nothing angered her more than vineyards that were poorly farmed. I once walked with her through Puligny-Montrachet and she was scathing about a neighbouring parcel that had been blitzed with herbicides and systemic fertilisers. “It’s like a lump of concrete,” she said. “These people are criminals. They are killing their soils with chemicals.” Typically, she was also in the forefront of the fight against genetically modified organisms.

Her own vineyards were some of the healthiest in the village, even in tricky, rain-affected years like 2013. “If you smell the soil in a biodynamic vineyard, it’s rich, it’s wonderful, it’s full of life. When people call me a madwoman for believing in biodynamics, it’s because they haven’t experienced this,” she added.

Anne-Claude loved to drink good wine, wherever it came from. Though her principal focus was on the domaine’s 24 hectares in Puligny-Montrachet, she was also responsible for buying vineyards in the Mâconnais, starting in 2004. These are now nearly as extensive (at 20.5 hectares) as those in the Côte de Beaune. Domaine Leflaive’s investment in southern Burgundy has definitely contributed to the buzz the region currently enjoys. She also invested in the Loire Valley, establishing Clau de Nell in Anjou with her husband, Christian Jacques, in 2008.

Anne-Claude’s death at the age of only 59 is painfully premature. But her legacy is substantial. She re-established Domaine Leflaive at the summit of white Burgundy and she was one of the key figures in the world of biodynamics. Just as significantly, she held a domaine with more than 30 shareholders together, using her charm and determination to very good effect. Burgundy is the poorer for her passing.