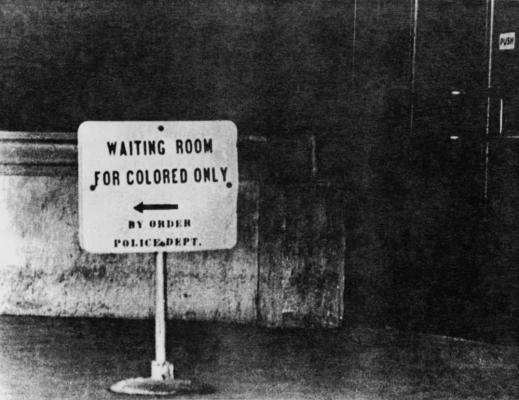 As a young boy, Sid Heil decided he wanted to make wine his career. “My Dad taught me that white people had invented wine, and that it was an industry that was still about 99% white. But that was a long time ago, and things have changed. That might not be the case any longer. It’s probably only 97% white now. Bunch of Yao Ming types buying property, which nobody seems to care. None of those on my wine list.”

Sid Heil is the first White Supremacist sommelier in the world. He broke the glass ceiling for racists in the wine industry. With his award-winning wine list that focuses on German wines, and serves Trump Wines by-the-glass exclusively, Sid Heil has made a big splash in the wine world. The kind of splash a turd makes. We asked Sid to answer a few questions about wine that were submitted by our readers.

What are your favorite, and least favorite, wines? — Ann Osmia, Cleveland, OH

I’m betting you think I’m going to say white wines are my favorite. HaHa. I get that a lot. Where are you from Ann? You have kind of an ethnic last name. I mean, I’m going to answer your question anyway, I just hope by the time this is printed you haven’t already been deported.

My favorite wines are domestic wines, Ann. Except for German wines, which are the finest wines über alles. All anybody needs besides those are wines made here in America. Why are we allowing in so many foreign wines, Ann? Do you ever even ask yourself that question? I suppose you want a list that has nothing but wines from other countries. Our wine lists are overcrowded with Refugee Wines. Winemakers in this country, of our shade of persuasion, are having all kinds of trouble selling their wines. When you buy a Refugee Wine, you put a white American out of business. And, Ann, some of them are women! Well, not very many, it’s still Napa Valley after all, but a few! How can you sleep at night?

I can tell you a few wines I detest. Negroamaro. Négrette. If you ask me, Ann, there are too many Négrettes in the wine business. They don’t belong. A Négrette comes to this country and, I’m happy to say, very rarely makes it. Why? Négrettes are no good, that’s why. But they come here anyway. And why not? They’ve got nothing Toulouse. Throw the Négrettes out.

How do you view the role of sommelier? — Satch Romyces, Brooklyn, NY

Well, Satch, (What is that short for? Satchel? Where were your parents from, Satch? Just asking. I have to be careful.) I view my role as sommelier exactly as I see my role as a white man. I’m superior. I’m pretty sure I got my job as a sommelier because I was born with an attitude of superiority. Don’t get me wrong, Satch, if that’s your real name, I believe people are people, like trash is trash, and lakes are lakes. Only some lakes are Superior. HaHa. See what I did there, Satch? Made a White Supremacist joke. Lot of people don’t know this, but White Supremacists are funny! OK, here’s another one. How do you make a White Supremacist shake? Add some ice cream and throw him in a blender! Or take him to a JayZ concert.

When I’m working the floor, Satchmo, I work the floor. I don’t take any shit from anybody. This is my restaurant. My people started this restaurant. I don’t know where you people came from. Sure, you can stay for a while, make me some money, but then go back where you belong, you don’t belong here. I’m the goddam sommelier! I don’t talk to busboys and dishwashers. And they had better talk to me with respect. That’s how sommeliers are supposed to be. As for customers, you want help with my wine list? Nah. You don’t need help. You just need me to tell you what to do. German wine, Baby. That’s all you need to know. Open the list and flip a coin. Tails it’s Spätlese, Skinheads it’s Kabinett. Don’t even worry about it. I’ve got the sommelier pin right here on my lapel. The one that says, “I like my somm how I like my wine: Cold and White.” Come in and see me sometime, Satchmo. I’ve got a table I think will make you feel right at home. The chair is electric.

You know, Vin, I’ve created my own approach to pairing wine with food. Most somms try to make the pairings work by matching weight, or by matching flavors. I never really understood that approach. Wine experts talking about wines with good acid going better with food. That’s just stupid, right? Your stomach is full of acid. Acid isn’t to complement food, duh, acid turns food into poop. You want poop in your mouth? Yeah, Vin, you might. What’s your real name?

I match food and wine using color. If you think about it, it makes sense. Don’t mix colors. For example, let’s say you’re eating something with a dark skin. What wine makes sense to you for that? Something white? You’re going to mix dark skin with a white? That’s just stupid, if not immoral. Don’t do it, Vin. That’s food and wine miscegenation. White meat, white wine. Dark meat, dark wine. Orange food, orange wine. This ain’t rocket science, Vin. Wine and food is like everything else that matters in life, Vin, don’t mix the colors!

How do you decide what wines to put on your list? — Cora Vin, Detroit, MI

That’s a penetrating question, Cora Vin. Is that an Asian name? Ever met Yao Ming? Just asking. Look, Cora, there are hundreds of thousands of wines for sale in the world. I can’t taste them all. And I don’t need to. I can judge them by how they look. Yeah, you heard me. I can read a label. I look at a wine, I can see with my own eyes that it’s inferior, that it doesn’t belong on my wine list. This is how all sommeliers write a wine list. Some look at the label to see if it’s a “natural wine.” If it’s not, they shitcan it. Not for me, they say, it’s wrong. Or they only buy wines that are under 14% alcohol. They read the label, and if it’s higher than that, they say it’s crappy, out-of-balance, and terrible for the food. Tasting it isn’t necessary. I just do what every sommelier does; I judge by what I see.

When I got my current job, I had to take all the wines from other countries off the list and send them back to where they came from. Hell, there was even a Lebanese wine! I need a wine list, not a No-Fly list. Believe me, I had lots of importers mad at me. I don’t care. What are importers anyway if not wine coyotes, sneaking wines across borders where they can take away placements from our homegrown wines? Importers ought to be thrown in jail. Though that hardly seems fair to prisoners who are just felons and might have to share a cell with one.

I finally got my wine cellar cleaned up, all those ugly foreign wines banished. Well, except for German wines. Which reminds me. Once my man Trump is President, what will German wines and the United States have in common?

They’re both going into hock.

Ron Washam won the 2016 Louis Roederer Online Wine Writer of the Year Award for his columns on timatkin.com