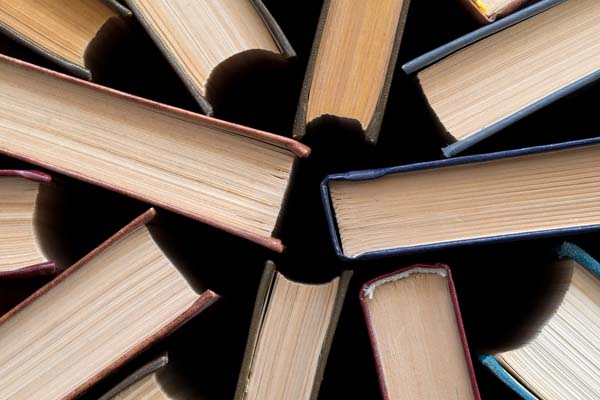 Here it is 2095, and I’m only now visiting the World’s Greatest Wine Library. Its vastness is daunting, its resources unparalleled. On that shelf, the first wine book ever published. Printed by Gutenberg, it’s the first edition of the Wine Bible. Inscribed by the author Karen MacNeil, who lived to be nearly 600 years old. Her papers reside in another corner of the World’s Greatest Wine Library, stacked up for use as scratch paper. This cathedral of wine history is littered with brilliance. Jay McInerney’s work is here, too.

The entire history of wine writing is contained here. Treatises on wine going back to the 16th century. I don white conservation gloves to open up to a random page of an ancient text, a book entitled, Wine for Momes, and find this:

“Though I be a mere peasant, I am NOT drinking any fucking Merlot.”

Everywhere you turn in the World’s Greatest Wine Library, a new discovery awaits. You might find a manuscript you had always heard about, but never believed you would hold in your own hand. I pick up a dusty old book and find I am holding a copy of Robert Parker’s very last wine book, The First 50 Points. It’s the very book in which the most powerful wine critic of the late 20th century talks about the mysterious disappearance of the first 50 points of his 100 point scale. “I ate them,” he writes, “and when they passed, Wine Spectator was born.”

Many of you may be old enough to remember Natural Wines. Natural Wines were wines said to be better because they were made using minimally invasive techniques. In the United States, the same techniques were used for what were later called “Natural Wars,” like in Syria and Afghanistan. But the concept of Natural Wine began in the late 20th Century, and seems to have been a reaction to the degradation of the planet. Climate change was just being acknowledged, and fossil fuels were king. It was a primitive time, when elephants actually walked the Earth. So we can excuse the Natural Wine writers their ignorance.

I thumbed through the collected papers of Alice Feiring. Was it me, or did the papers smell vaguely of reduction? Feiring’s work speaks often of biodynamics, the system of agriculture expounded by the 20th Century Austrian lunatic Rudolf Steiner (Austria was the birth place of many famous lunatics of the 20th century, a fact which also explains why so much Grüner Veltliner was planted there). Steiner, and his Natural Wine disciples, believed that different energies and lunar cycles were important factors in grape growing. We know now that it wasn’t biodynamics that improved the biomass of the vineyards, but that it was actually the proponents’ poor personal hygiene.

Right next to the Feiring library are the translated works of Nicolas Joly. Joly was the most vocal winemaker on the subject of biodynamics, and the World’s Greatest Wine Library has dozens of copies of Joly’s books translated into English from his native language, Space Alien.

Of course, earlier this century witnessed the end of print wine publications. The final issue of Decanter is here in the World’s Greatest Wine Library, dated November 2021. The cover story is about the wine region that had only recently been acknowledged as a great region. The cover reads, “Scandanavian Pinot Noirs: Great, But Can You Fjord Them?” Inside the issue is the last column by Andrew Jefford, a thoughtful consideration of “When What I Wrote Mattered — A Look Back at the ’90’s,” a piece by Jane Anson about the wonders of living in Bordeaux now that it’s a suburb of Singapore, and Hugh Johnson on what it’s like to taste wine when only your head is preserved in a cryogenic jar.

It’s quite a sight to see the last issues of so many wine publications in print. It’s a reminder of how wine writing at the time was just like the wines they were writing about — mostly mediocre crap. Here’s the last issue of Wine Spectator. If you weren’t able to read the date on the cover, April 14, 2024, you wouldn’t be able to tell what year it was published at all. In all its years as a large glossy, Wine Spectator never changed a bit, not visually and certainly not editorially. They had a strict editorial policy, a policy every one of their staff of writers had to adhere to, an editorial policy that was clearly based on the personal freedom philosophy of Alcatraz. Go ahead, inmates, try to escape.

In the last issue are the usual columns. James Laube lists his favorite Napa Cabernets of 2021. All 75 scored 100 points, and showed notes of blackberry. Matt Kramer has a thousand words about his favorite subject — Matt Kramer. Tim Fish thinks Zinfandel is underrated for the 40th consecutive year. And there’s the annual Bordeaux preview of the 2022 vintage, which looked to be the Vintage of the Century according to their new Wine Spectator Bordeaux correspondent, Rudy Kurniawan.

Are there any great wine writers whose memorabilia isn’t housed here at the World’s Greatest Wine Library? Indeed, are there any wine writers at all whose junk isn’t here? There’s an entire bookcase that contains every thesis written by a successful Master of Wine candidate. From Jancis Robinson’s very early MW thesis, Wine Grapes: Wow, There’s a Lot of Them to Lisa Perrotti Brown’s classic, Minerality? Or Is It Just My Fillings?, they’re all here. Just picking them up and feeling all the work that went into them makes you miss having Masters of Wine in the world. Disbanded late in 2030, the last Master of Wine passed away only last year. In the great tradition of MW’s, she was cremated and her ashes scattered over Oz Clarke.

I don’t know why it has taken me so long to wander the hallowed halls of the World’s Greatest Wine Library. Here you walk among the giants of our profession. The works of the people who spent their lives trying to make wine more understandable to the general public, who didn’t really care to have wine explained but were never given a choice. You wonder what these walls would say if only they could talk. And then the answer comes in the form of a video clip, playing in an endless loop on a video screen in a corner of the World’s Greatest Wine Library, the voice a distant memory of your favorite wine buffoon, the walls speaking, “I’m a 96 on that.”