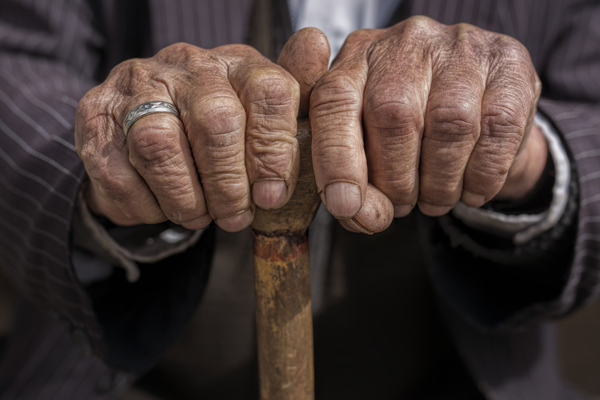 “Age is a just a number. It’s totally irrelevant unless, of course, you happen to be a bottle of wine,” said the actress Joan Collins, who looks uncannily youthful at 82 years old. I set the expectation dial accordingly low when bracing myself for the first whiff of a 113-year-old wine from the rural backblocks of the Wairarapa earlier this month.

The 1903 wine was pulled from amongst the spiders, the dust and the mustiness of the relatively small underground cellar at Brancepeth, a 30,480 square metre homestead and once one of New Zealand’s largest sheep farms in the rural back blocks of the Wairarapa. In its glory days, in the second half of the 1800s, Brancepeth was home to a school, a blacksmith’s, 300 staff and a 2000-book library, replete with its own librarian who delivered books to the farthest flung staff living on the vast estate.

Today, Brancepeth has been significantly reduced in scale, if not in grandeur. It remains home to several bottles (‘a few dozen perhaps’ was the estimate given) of that 1903 wine. “At least we think it’s 1903; we can’t be absolutely certain, but I used to play hide ‘n seek down in the cellar when I was a little kid, and I never touched the bottles – or saw anybody else touch or move them either,” says William Beetham, descendent of the wines’ makers, William and Hermance Beetham. This suggests that the wine on the shelves labelled ‘1903 Claret’ are in fact exactly as the fading tag states.

Beetham and his father, Edward, decided to open two of these rare old bottles for a small group of winemakers and media this year; the decision followed a request from writer John Saker, who was intrigued by the wine’s existence. “We knew the wine was special but we were unsure if it was still of any quality,” says Beetham.

The tasting took place in the dining room at Brancepath where winemakers, writers and a small number of media were poured the wine from two different bottles. Neither bottle was decanted through muslin or a sieve to filter fragments of cork, which were a factor to contend with.

Aside from the cork floaties, the first bottle was in immaculate condition, in my view. Its fresh fruit flavours of red cherries and dried red fruit flavours, such as cranberries, were held together by tight acidity; it was staggering to taste something so fresh, given its age; even the complex tertiary flavours – of smoked mushrooms and earthiness – tasted clean, adding hugely to its appeal. It was light bodied, but had a lingering finish.

Talk about a great old wine. Those red fruit and earth aromas strongly suggested that this was an old Pinot Noir and one that I, for one, would love to have enjoyed a couple of glasses of. Shame about the second bottle, which wasn’t a patch on the first. It tasted stale, lacked the red fruit and clean earthy aromas of that first, remarkable bottle.

The identity of the wine remains a mystery. While it tastes unmistakably Pinot Noir-like, the wine was most likely a blend of Pinot Noir, Pinot Meunier and Syrah, which records show were the grapes planted by William Beetham and his French wife Hermance, between 1890 to about 1908.

Find out more about Brancepeth…

* The history of the property is further detailed in Boar’s Path: Brancepeth; a book written and photographed by Alex Hedley and Gareth Winter, which was published in 2012.

The original Beetham vineyard is now called Lansdowne Vineyard and was planted in 2002 by Derek Hagar snr and his late son, Derek Hagar jnr, who died from a brain haemorrahage in 2013; the night before harvest that year. They – or rather their winemaker-neighbour, Karl Johner – made the first vintage in 2009 and has made every vintage since. Hagar junior’s brain haemorrahage is thought to have been the result of a severe head injury a decade prior when he was living in Southampton in the United Kingdom, where he was the victim of a random act of violence in a deserted carpark outside the pub he managed, late one evening.

“He was a great believer in this piece of land and had a strong conviction that we should do everything we could to minimise our intervention in the vineyard and allow the grapes to grow unirrigated and to express what he believed was – and is – a great piece of vineyard land,” says his father, Derek Hagar senior.