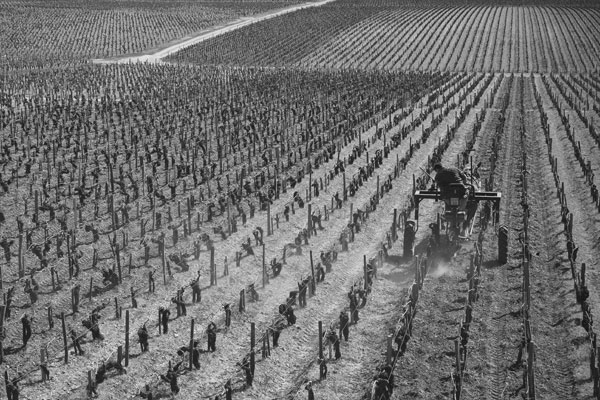 Of all the French wine regions, Bordeaux is closest to being a brand in a potentially useful way. It has a consistency of identity, wine style – and values. And there’s the rub, from a UK perspective, at least. We are cross with Bordeaux. The intensity of crossness that comes from a 200-year marriage. Yes, we’ve nagged. Complained. Cried. But we’ve always rolled over and taken Bordeaux back. Thought of England, and Sunday lunch. And swallowed each vintage, early, and helpfully.

And now we fear that Bordeaux barely notices us. He’s away on endless business trips to exotic new markets being seduced by drinkers much younger, hotter, and more dynamic than we. Grey, conservative and cash-strapped, we cannot compete. And Bordeaux shows us no special consideration, after all those centuries of loyal conjugation. With each En Primeur campaign, there is real anger, even betrayal in the response to release prices. “These parvenus don’t DESERVE you like we do. They don’t LOVE you. They don’t UNDERSTAND you. COME BACK . We can make it work…Let me taste your sweetest fruit once more…”

This worldwide demand means that with each new ‘great’ vintage prices are set higher. The new high becomes the new benchmark. So fresh, fruity 2011 is not priced relative to 2008 or 2006 – which qualitatively would make sense – but to deep, brooding and most-expensive-ever 2010.

So, price-wise 2008 is a cool refuge for non-millionaire and not-yet-embittered Bordeaux lovers. A recent tasting organised by the Institute of Masters of Wine was an opportunity to taste over one hundred 2008 Bordeaux, from Petits Châteaux to First Growths. It remains an underestimated vintage in terms of its quality, the limelight hogged by bolder, sunnier 2005, 2009 and 2010.

The greatness, and frustration, of classic French wines has always been predicated on the knife-edge of a marginal climate. Like 2007, 2008 was a late harvest in a year when a damp, grey summer was rescued by a golden autumn. Unlike 2007, 2008 was a year of tiny yields, and a long, slow growth cycle. This is what has made this vintage a success. Vine metabolism is the key: these grapes were composed by that long, slow struggle, and it shows, in many wines, beautifully.

The best Bordeaux 2008s have lively freshness, resistant but supple tannin, and pristine, nuanced fruit. They have more energy and intensity than in 2007. They don’t have the flesh or density of 2009 and 2010, but they have space to move. In the less successful, spiky acidity and dehydrating tannin make for rather joyless drinking. (Unlike 2009, this is not a vintage to fill your boots with basic Bordeaux.) Some 2008s push against comfort in the other direction, with super-ripe late-picked tannin and high alcohol. Pavie is so willfully thick and hotheaded that it rampages through your mouth like Captain Caveman in a suit.

Best performing left-bank communes are Saint Julien (fragrant and fine-grained), Graves and Pessac-Léognan (sweetly juicy and supple), and Pauillac (tightly layered and darkly fruited.) Margaux is always the budgie of the Left Bank: the struggle of a vintage shows first in more of her wines. It is more variable in 2008, but the successful Margaux are scented and silkily generous. Saint-Estèphe is variable. Cos continues to perplex me, not that they need give a stuff. Montrose is delicious and sums it up –a lot of unruly stuffing, and wild fruit.

The Right Bank is more consistent than Margaux, with lovely fruit and fine density. Pomerol is round and juicy, but not facile. It puts up just enough of a fight. The best wines of Saint Emilion are mineral, savoury and medium weight. Some properties picked really late here, and in a few wines the tannins were aggressively dry.

There’s a clutch of elegant, nuanced wines that you can pick up for £15-£30 a bottle, and just enjoy over the next few years. Langoa Barton is a great example. And then there are some really impressive, fine, ageworthy wines selling at prices from £30+ a bottle. Giscours and Léoville Poyferré are lovely. Pichons Baron and Comtesse are brilliant, as is Pontet Canet. I could stroke my smug Bentley and point out that the prices of these wines (from £60-£100 a bottle) are “a bargain” compared to the same wines in 2009, but you might be sick.

Haut-Brion is fantastic with gorgeously refined textures and super seductive fruit. But it’s three thousand smackers (at least). The fact that the 2009 is double that does not of 08 a bargain make. Mouton is plush and spicy. No fireworks, but very confidently done. It also costs (at least) three thousand smackers. Personally I’d buy 3 cases of Pichon B instead. I thought Margaux was edgy, and weighed down by oak. Others were less kind. “Horrible” said one (MW) taster. Also three thousand smackers. Lafite is a wonderful wine, with lovely aromatic harmony, elegant power, and nuanced scent on a super-long finish. It’s double the price (but not double the wine) of Haut-Brion, which is starting to look positively cheap (sick bag?). Cheval Blanc is very tight, pristine and beautifully textured. Cabernet Franc was excellent in 2008, and the scent on this wine is striking. This is the wine I would choose to share with friends on my 50th (in 8 years time). It has that specialness. But it’s selling for £4,500 a case, and I’m going to need that for new boobs.

It’s a pity, and a danger, that these wines do not naturally share the ‘What to Buy’ paragraph with their brethren. A pity because even a hopeless wine addict such as me, and maybe you – who spends far more that I should on wine when I should be spending it on replacement windows, or a pension, or the overdraft – will never get to enjoy them, with friends, in the creation of memories. Oh poor me.

The danger is deeper. Great wines must be drunk, and enjoyed to be truly wine. What happens if you are making a wine which you know is destined to be traded as a luxury commodity, and never drunk? Great wines earn their distinction, and high prices, through a paradigm of particularity. Their quality is predicated on their typicity. The idea of typicity for any wine is like a kind of shared intellectual property. Not only among the people of a region who make the wine – and keep style and quality coherent – but also among those who buy and drink it. You need wine drinkers – and they exist in all market, new and old – who give a stuff about the difference between Saint Julien and Pauillac, and who relish vintage variation. Such involvement is antithetical to commoditisation, even if it is luxury commoditisation. All great, fine wines belong not only to those who make them, but also to those who drink and truly notice them. If that dialogue stops, you lose the spirit of what has rendered your wine beautiful and touching for centuries. So the danger is that the greatest wines of one of the world’s greatest fine wine regions create a halo of soullessness, not of inspiration.

So this review of 2008 Bordeaux has turned into a bit of a rant. Better that than an elegy, I suppose.

Half a dozen 2008 Bordeaux well under £30 a bottle. Characterful, delicious wines of lovely balance and drinkability.

Prices are approximate, and are DPD excluding VAT.
Price information from http://www.winesearcher.com, which also has detailed supplier information.