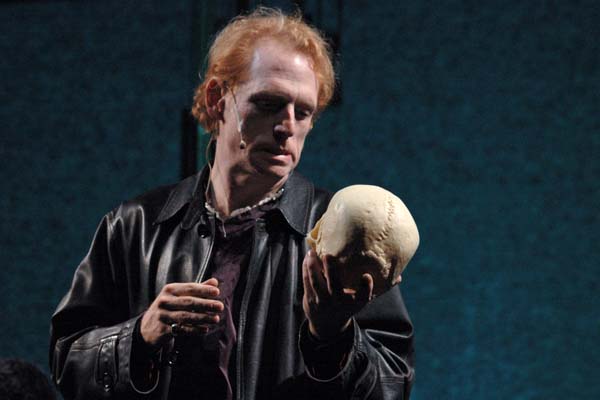 To thine own self be true. Polonius’ advice to his son Laertes in Hamlet is arguably easier to give than to follow. Most of us make regular compromises in our personal and professional lives. We don’t lie to ourselves exactly, but we fall short of the absolute standards to which we aspire.

This happens to winemakers all the time, especially if they are judged on sales’ figures and/or critics’ reviews, which most of them are. I once sat round a table with a bunch of Californian oenologists, several of whom bemoaned the styles of wines they had to make to get high scores from certain American wine writers. They wouldn’t drink soupy reds with 15.5% alcohol, lashings of new oak and over-ripe fruit at home, but, hey, that’s what their employers told them to make. Short of resigning on a point of principle – and facing the same scenario at the next winery they worked for – they had to lump it.

Making mass-market wines requires huge compromises, too. You start out in life hoping to craft, say, world class Pinot Noir or Riesling, and you end up presiding over millions of bottles of something sweet and innocuous that sits on a gondola end in a UK supermarket on some spurious half-price deal.

Things are much simpler if you own the winery. But it still takes courage and determination to be true to your vision. That’s why I was inspired by a recent visit to the Joan d’Anguera winery in Montsant, where two brothers, Joan and Josep, have made radical changes to the way they farm and ferment their grapes.

To an outsider, especially someone looking at the success of the business, their decisions would appear rash, or even slightly crazy. Here is a winery that was already regarded as one of the best in Montsant and was regularly receiving high scores from the American and Spanish critics who wield the greatest power in the region. But the brothers didn’t like the wines they’d grown up making with their father. “They were like jam,” says Joan. “They were heavy, not ethereal.”

Inspired by the encouragement of Joan Valencia of the brilliant, Barcelona-based wine merchant, Cuvée 3000, they decided to do a u-turn. They switched to biodynamic methods, picked earlier, stopped destemming their grapes and changed from mostly new to only old barrels. The results were promising in 2012, but spectacular in 2013. The Altaroses and Finca L’Argatà, both made from 100% Grenache, are two of the best young reds I’ve ever had from Catalonia.

How have people responded to the new style? No one has shouted “Judas”, the way Bob Dylan’s fans did when he went electric in the mid-1960s, but Josep admits that they’ve had to find new consumers for their wines. “90% of the wines produced in Spain these days have no history. We are trying to recreate the classical wines of our village, Darmos. I want to make wines that reflect our vineyards, which express the Mediterranean, rather than tasting like a carajillo (a mixture of coffee and brandy).

They’ve stopped showing samples to critics, too, after one prominent local wine writer told them that their 2013 Planella, a spicy, refreshing, violet-perfumed blend of Syrah and Carignan reminded him of a Navarra rosé. “It’s hard to make an easy wine, where you have the courage to do little or nothing to it, but a lot of people don’t understand that,” adds Joan.

The d’Anguera’s abandonment of what my colleague Jamie Goode calls “spoofy wines” in favour of something they regard as a more genuine expression of terroir is becoming increasingly common. Until comparatively recently, the most prominent example of this stylistic volte face was Gérard Gauby in the Roussillon region of southern France, who also decided he didn’t like his own award-winning wines. But now it’s becoming a global trend.

Over the last 20 years, the international perception of red wine quality has been dominated by colour, oak, softness and ripeness, promoted by a handful of wine writers and globe-trotting wine consultants. In some places, this was a useful and necessary development. No one likes scrawny, fruitless wines, after all.

But the style has become a caricature, effacing differences between regions (and within them) and producing increasingly homogenous fine wines. The damage, for that is what it is, has been particularly acute in Bordeaux, Ribera del Duero, Rioja, Bolgheri, California, Argentina, Australia and Chile, but it’s apparent almost everywhere serious red wines are produced.

Have we reached a tipping point, a moment when producers, sommeliers, wine writers and consumers say they’ve had enough? I believe we have. All over the world, and not before time, wines are shifting towards balance and fresher fruit flavours, with less prominent oak and alcohol and a greater sense of place. It’s like standing in a stuffy room and opening all the windows. The fresh air is unfamiliar at first, but it’s wonderful to breathe.