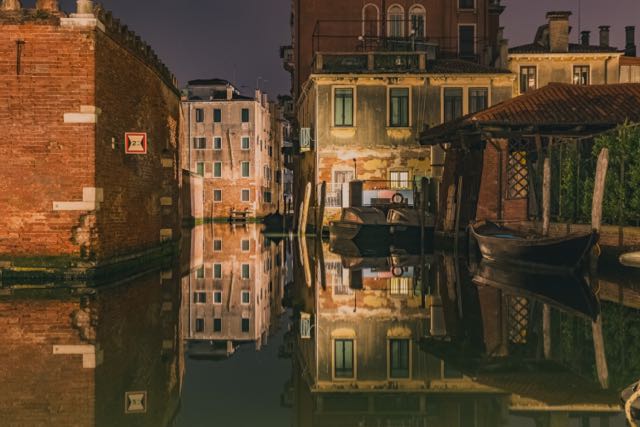 Nested in the discussion of “Big” versus “Small” Champagne is an interesting question I saw posed by Oregon winemaker Jason Lett of Eyrie vineyards:

“Is the Traditional Method antithetical to terroir?”

Few sparkling wines can trace their origin back to a single, discrete place. Even when they can, we have a problem when talking about the transparency of the Traditional Method; the greatest sites for sparkling wines produce grapes with gaps in. The Traditional Method began in Champagne as an attempt to ameliorate difficult grapes, but has since become a design collaboration between vineyard and cellar. Asking if our end of the deal obscures the connection to origin is a bit like asking a flaming barbeque if it obscures the essence of a 12oz ribeye – the object is meaningless without the process. If we do crave a clean connection, then perhaps we need to rethink what we are connecting to.

Italo Calvino’s Invisible Cities interrogates our idea of place in a way which might seem familiar to any oenologue grappling with the concept of terroir. The emperor Kublai Khan relies on the dispassionate reports of his envoys to keep him abreast of his vast, unknowable dominion – grain prices, political machinations, investment opportunities, dull and dry. When the Venetian explorer Marco Polo arrives with vivid tales of unimaginably strange, fantastical cities and their peculiar inhabitants, the emperor is enthralled. After a while, however, patterns start to emerge that have to be more than coincidence. All Polo’s cities are set upon water. Boats, lagoons, stilts, reflections. Everything is founded on strange dreams, lived through unsettling inversions of reality.

The truth is that Polo is attempting to describe just one city: Venice itself. He finds his home impossible to convey directly, approachable only through flashes of truth within tales that read like tasting notes in their co-mingling of imagination and observation. We tend to feel our strongest connections to things we can relate to in scale, after all; we can see an acre of land, feel a kilo of topsoil, smell a hall of gurgling barrels. But what about the sort of place that we can’t quite hold in our hand or describe on the back of a bottle? Places that are too large, or too disparate, or even man-made?

Science may eventually lead us to a frighteningly-complete understanding of how wine’s flavour is generated. Imagine that we want to replicate today’s Clos des Goisses in 50 years’ time, somewhere else upon the globe. Is it too fantastical to imagine that the information required would be available? Here is where to plant, here is the genetic material, here is how to tend it and here’s how to make it (within a tolerance no greater than that forced upon us by the weather in any case). If that day does arrive (and the direction of travel is already programmed), then perhaps the most coveted wines will become those that are unrepeatable not because they come from a single place, but because their assembly is an act of invention. Because the place they conjure is invisible.

Much of Champagne and its progeny embody this inscrutable sense of identity already. It is part of what makes them exciting –  they levitate, above identifiable patches of ground to a height at which we are not quite sure where to look. Terroir is not obscured. It simply becomes something that serves the wine, rather than the other way round.

Once Marco Polo is rumbled, Kublai Khan turns the tables on him, too:

“From now on, I’ll describe the cities to you”, the Khan had said, “and on your journeys you will see if they exist”.

But the cities visited by Marco Polo were always different from those thought of by the emperor.

Wine appreciation can sometimes slip into an exercise in validation. I find myself asking wines whether they are good versions of things. Are you a useful version of Chouilly? Can I learn about the 2012 vintage from you? As we gain knowledge, we feel the need to test the fit of that knowledge inside the glass, to squeeze it backwards, downwards. Just as a grape needs to leave a gap for what follows, though, we could sometimes do with leaving a little space for what humans do best; for fantasy and imagination, for flavours and thoughts and places that resist tethering.

Imagine 1.5 million living organisms, taking nourishment unique to their time and place, reacting to shifts in their environment, shepherded through their life cycles by forces outside their influence until they yield their carefully-calibrated fruits. Are we talking about the yeast inside a single bottle of Champagne embarking upon its second fermentation, or the vines of a single village? Or the citizens of Rheims and Epernay?

Wine’s origin is nano-, micro- and macro- all at once. Unique places can be found at all three zoom levels, synthesised beneath our noses as one captivating, dimension-defying expression. When they do, we get a glimpse of somewhere we can never visit with our own two feet: wine’s Invisible City.