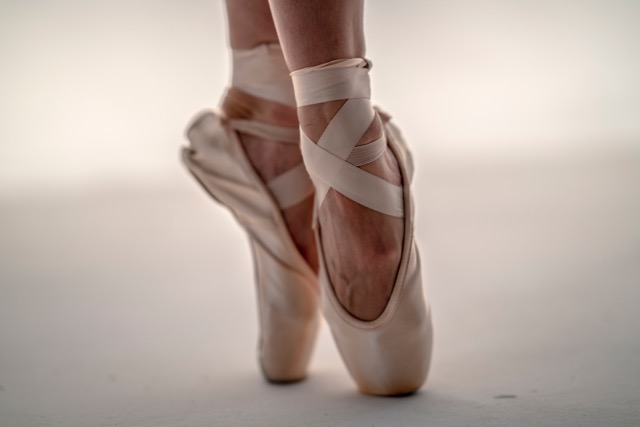 There was a broadcast on BBC Radio 3, the other week, of an old recording of Maria Callas in Lucia di Lammermoor. I forget who the other singers were, but they were top names. And I listened to those voices in that old recording and thought, you wouldn’t get tannins like that nowadays.

The voices had a rasp – sometimes a velvety rasp, like ripe Tempranillo; sometimes a fine-textured rasp like good Sangiovese, or the soprano sax of Sidney Bechet; these are perhaps ideal tannins. The tannins of a flamenco voice, all week-old stubble and raw garlic, might have their equivalent in old-style Toro, before Robert Parker influenced those growers to smother everything in new oak (and before, I should add, they learnt to come out the other side, which they are now doing). There might be a time and place for those tannins, but I could never find either. But fine tannins, now: I remember a concert in somebody’s house a couple of years ago, when I was close enough to the violinist to hear the faint “tck” as the bow hit the string, and then the texture, underlying the note, of horsehair on catgut. These are the sort of tannins that lift wine: an edge, a briskness. In wine, they’re part of freshness.

But what about tannins in white wine? Do they have a role? To my mind they do.

Let’s leave orange wines out of this. Skin-macerated whites, orange wines, however you want to describe them, are a separate category. They’re focused on tannins. There’s a difference between these and white wines in which tannins are not the point, but have a role to play. They’re underneath the note, as in a violin. But without them, there’d be a gap.

Tannin, as I mean it here, is about two things, texture and astringency. And yes, tannins are analytically speaking a number of different things, but forgive me if I use the term loosely. It’s texture and astringency that I’m interested in. The tannins that give freshness to Verdicchio, for example, or Albillo Real, or lots of southern European white grapes that don’t boast naturally high acidity.

But what they do have is thick skins. Winemaker Matt Thomson points out that in Italy, in late August and September, there’s usually rain. Native varieties, like Garganega, with which he has worked for over 20 years, are late ripening – Garganega is picked in October, or even November – so they need thick skins to survive the humidity. The thicker the skins, the more natural phenolics there are, and these often manifest themselves as bitterness on the finish. That bitterness is an intrinsic part of freshness in these wines – and indeed an intrinsic part of Italian flavour. Italy is the home of radicchio, of amaro, of bitter vermouth, none of which rely on acidity.

Italian whites have certainly reduced their phenolics over the last couple of decades. Says David Gleave MW of Liberty Wines, “I’m not a huge fan of phenolics. They inhibit the expression of fruit and aromatics and make a wine more difficult to drink, especially inexpensive wine. You want drinkability. In light, fresh wine, if phenolics dominate, it’s out of balance.” But just a touch of bitterness at the end? “It can be an antidote to climate change. It cuts through the wine at the end and gives freshness and lift.”

It is, I suppose, not always a tannic astringency, though it is certainly astringency. The lovely Malvasía Riojana from Amaren in Rioja Alavesa that I tasted the other day, from vines planted in 1911 and fermented in concrete eggs, had a brisk bitter finish to its floral, camomile fruit. The winemaker says the bitterness comes from the long lees-aging rather than actual tannins, though I do note that Julia Harding et al in Wine Grapes say that Malvasía Riojana (which is properly called Alarije) is thick-skinned, so maybe that takes us back to the same place.

The phenolics in naturally phenolic southern whites were tamed to make them fit more easily into an international fine-wine paradigm that takes its inspiration from northern whites with high acidity. Yes, fashions have swung backwards and forwards, with skin contact, lots of oak, lots of malo and no malo all having their moments. But basically, southern phenolics had to adapt to northern ways if they wanted to join the party. But perhaps, with climate change, they are the ones that should be leading?

Look at Cava (and yes, other sparkling wines of Penedès that now abjure the Cava DOC…). For a long time it tried to be as close to Champagne as it could: it planted Chardonnay and tried to be polite and northern. But Xarello is far more interesting in Penedès than Chardonnay and makes finer, more complex and more compelling wine. And Xarel-lo is tannic. “It’s warm here,” says Ton Mata of Recaredo, “and the differences between night and day temperatures are not very much, so it’s wonderful to play with the bitter part of the grape. We are more and more playing with the skins, showing Xarel-lo with bitterness and acid. The bitter part is normally elegant. But when you put them together, one plus one equals three.”

Xarel-lo is clearly a tricky grape to handle: get it wrong and it’s just plain unfriendly. Get it right and give it some age, and it can be superb. Recaredo picks it slightly early for acidity, but picked too early it’s rustic and aggressive. “Then you have too much malic acid as well, and if you do the malo the wine changes a lot and gets even more unbalanced. So we pick just a little bit before maturity. We want acid, but not aggressive vegetal acid. When that has gone, it’s the right moment.

“Parellada is the opposite of Xarel-lo: it’s light and fragile.” It has some acidity, but not a lot. So for one wine, with just 9.5% alcohol, they macerate Parellada at the end of fermentation, and add the last 10% of grapes, picked later and destemmed, when the fermentation has reached 7-8% alcohol. “Because we’re macerating those grapes in alcohol, we can get more tannins from the skins. But if we did that with Xarel-lo, you couldn’t drink it.”

They use oak, too, as part of the equation, just as Champagne producers, who go out of their way to avoid tannins in winemaking, are increasingly adding just a tiny bit back via oak barrels – for structure, for roundness, even for extra creaminess. You do often get a twist of bitterness at the end of the palate in Champagne, though, and it lifts the finish; bitterness in the right place is bracing. It contributes to tension.

For Alex Hunt MW, “in low-acid grape varieties, phenolic grip is a useful proxy for acidity in aromatic whites.” Look at Alsace Gewürztraminer: “very low acid, high pH. You want a frame for the picture if you have low acidity. Partly that comes from alcohol, and partly from that little rasp of tannin. It tricks the brain into thinking that acidity is more present than it is. Acidity and tannin are very different but they do the same job, and the palate is satisfied.”

But he also talks about white Burgundy, and how it has changed. “The total change from screw presses to pneumatic presses has reduced the phenolic concentration of Chardonnay must. It’s highly likely to be one of the main contributory factors in premox. That rasp in the voice is like old-school Chassagne-Montrachet from Jacques Gagnard Delagrange – wine of substance. You can’t get away with it in a simple style but with concentrated Chardonnay you can, and if not, you’re missing a dimension.

“Red wine is in such a good place now, with the ascendency of Pinot, the lightening of Garnacha, the return of drinkability. White, I’m not so sure. We’re not in a golden age of white to the same extent. In fine wine, it’s interesting when you have a paradox that the wine resolves. Elegant and powerful is exciting; elegant and dilute is not. There are very few areas where this can be found. It’s like ballet, with enormous physical power, deftly concealed. And there is a small phenolic contribution to that.”

A small phenolic contribution is what I’m talking about. I don’t want to chew on white wines. Ton Mata, faced with chewy tannins, would I suspect age them for rather a long time, so that they emerged rather more like young Billie Holiday. Time can soften tannins in wine. In voices it’s the other way round.