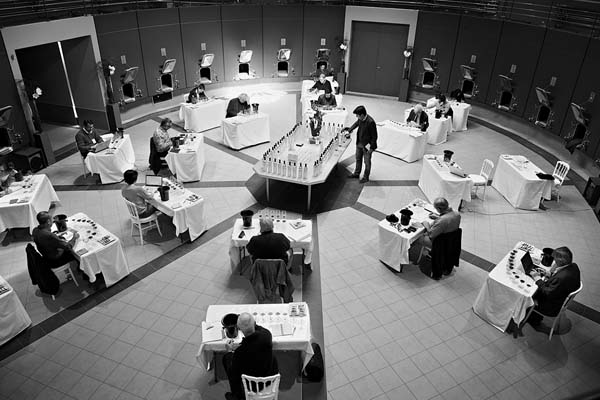 Setting the price of en primeur Bordeaux has always been something of a poker game, but Château Pontet-Canet’s decision to release its 2013 at €60 ex-négociant, before almost anyone had tasted it, has upped the stakes in this most difficult of campaigns.

Was this a card sharp’s masterstroke by Alfred Tesseron and his niece, Melanie, or have this likeable and normally astute duo overplayed their hand? It’s probably too early to say, although it is worth noting that the wine was being discounted by some négociants a few hours after its release, suggesting that they had bought it to reserve their place in the queue for future allocations and were happy to shift the 2013 as quickly as possible.

What is certain is that Pontet-Canet’s announcement has caused a stir, both in Bordeaux and elsewhere. One consumer suggested on Twitter that it showed “contempt for wine drinkers” and that I should boycott the fifth growth property this week. Victoria Moore of the Daily Telegraph wondered whether it was a tactic to “get the wine out before anyone scores it”. An outspoken UK wine merchant, who did not wish to be named, called it “cynical opportunism”.

It’s extremely rare for a top château to upset the status quo, but it’s not unique, as long as it serves their interests. Château Latour’s decision to opt out of the entire en primeur system since the 2012 vintage did just that, underlining the fact that these things are not immutable. Derek Smedley MW, who has tasted every vintage en primeur since 1961, recalls that in the early 1970s, the leading châteaux effectively fixed their prices in August before they’d picked a grape.

That’s not how the system works now, of course. These days the châteaux show their wines to the trade and press in early spring, presenting samples that are more or less representative of what they will bottle at least a year hence. They then sit back and wait for the press (particularly Robert Parker) to pronounce on the quality of the vintage generally and their wine in particular. Having looked at the comments and, more importantly, the scores, they then fix their prices.

This is the opposite of what Pontet-Canet has just done, in other words. Even if the château partly justified its decision by quoting the American critic James Suckling’s opinion that its 2013 was the “best” of the 150 wines he had tasted up that point in Bordeaux, it has effectively backed the quality of its own wine, setting the price at the same level as it did in 2012. Instead of condemning it, should we not welcome such a development?

I am surely not the only wine writer who is uncomfortable with the current process, whereby critics are effectively a component of a Bordeaux château’s sales pitch? When we taste the wines in spring, we generally have no idea what price they will be sold at, beyond a few blithe comments from the Bordelais about their desire to “respect the wishes of the market”. We can’t comment on value for money because we lack a vital piece of information: what they cost.

We are also, inadvertently, partly responsible for high prices in vintages like 2009 and 2010, something that acts against the interests of the very people we are supposed to represent – wine consumers. That’s why I’m encouraged that Robert Parker has stated his intention to score the 2013s after the prices have been announced, a lead that all wine writers would do well to follow.

After a week of hard yakka tasting the 2013s, I’m convinced of two things. First, this is an average to grim vintage, with very few exceptions. Second, we are still sampling the wines way too young, even in a year like this, when they mostly lack concentration and structure. It is significant that a number of châteaux didn’t show their wines this week because they hadn’t finished malolactic fermentation.

It would make far more sense to taste these wines in the autumn, giving them a year in barrel to achieve a semblance of completion. At the moment, what we are being asked to judge is an embryo. Far better to assess an adolescent or, even better, an adult. Stéphane Derononcourt, a Bordeaux consultant who is unusual in speaking his mind, agrees that the Bordelais should present their wines when they are in (or close to being) bottled. This is a system that works well in Burgundy, Barolo and Brunello di Montalcino, where there is a second added advantage: in these regions, the prices of the wines are generally determined before the wines are shown to the trade and the media.

Will this happen in Bordeaux? It might take a while, but someone needs to change the en primeur system, because as it stands it isn’t working, at least in a vintage like 2013. Almost everyone has lost faith in its ability to service the market efficiently and fairly, from consumers to investors, journalists to the trade. Self-serving it may be, but in time Pontet-Canet’s decision may be seen as a first small step towards reform.

This piece was originally published in Harpers