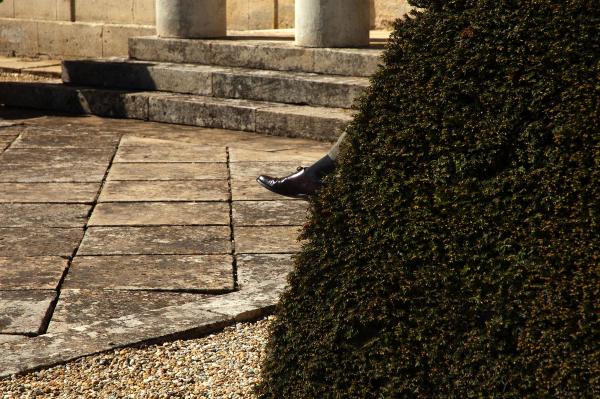 What makes a good wine merchant? As a significant chunk of the UK trade returns from Bordeaux, having tasted their way through a few hundred samples of youthful, unfinished claret of varying degrees of fidelity to the final bottled blends, it’s worth pausing to ponder the answer.

The 2016 campaign may or may not represent a potential “new dawn for en primeur”, as Liv-Ex has tentatively suggested, but the frenetic tasting week still attracts lots of brokers and importers, dutifully filing, purple-toothed, from château to château in search of enlightenment about the raw, inchoate vintage. Crossing as many digits as they can, these merchants are hoping that what Liv-Ex terms “the wine industry’s most effective global marketing distribution machine” will function smoothly over the next couple of months.

And who could blame them? At its peak in 2010 and 2011, when back-to-back “vintages of the century” (or was it the millennium?) had pushed demand to levels that seem ludicrous today, en primeur was a licence to print cash. Margins weren’t huge, but if you were selling tens of millions of pounds worth of wine, they didn’t need to be. The transaction came at minimal cost to the merchant, give or take a few plane tickets, a mini-bus and an intern to tap in the Robert Parker scores. Secure the right allocations and you were made.

We live in a different world today. His Bobness has stopped reviewing Bordeaux and no journalist moves markets the way he once did, thank goodness. Consumers are now less interested in buying en primeur – prompted in part by the drop in the post-release prices of many 2009s and 2010s – and are reluctant to tie up their money in something that won’t be delivered for two years. What will the world look like in 2019? No one has a clue.

While Bordeaux en primeur may be in relative decline, the sales model it pioneered has invaded other regions, from Burgundy to the Rhône Valley, Rioja to Brunello di Montalcino. Concentrating on a narrow band of acknowledged fine wines, you send out a few emails to your best customers, preferably accompanied by journalistic encomia or exaggerated numbers, and wait for the orders to flow. In some cases, you don’t even need to hold physical stock; you just flip pieces of paper.

You can’t blame importers for wanting to make some easy cash, but the email, scores and established names model has made them lazy and incurious about “lesser” areas. How many wine merchants spend time travelling the world in search of new things these days? There are still some who do – David Gleave MW of Liberty Wines, Eric Narioo of Les Caves de Pyrène, Jason Haynes of Flint Wines, Giles Cooke MW of Alliance Wines and Ben Henshaw of Indigo Wines stand out – but they are rule-proving exceptions. Why bother hunting for a Georgian Saperavi, a Chilean País, a Cape Blend or a Sicilian Nerello Mascalese when it’s so much easier – and more profitable – to flog the classics?

Re-reading books like Kermit Lynch’s Adventures on the Wine Route, Robin Yapp’s Drilling for Wine and Simon Loftus’ Anatomy of the Wine Trade, all written in the 1980s, you’re struck by the pioneering spirit of these legendary wine merchants. It’s significant that all three made their reputations outside Bordeaux and were sometimes critical of what Lynch describes as its “celebrated châteaux and stock-exchange mentality”. Their hearts lay elsewhere.

Could you imagine this trio talking about effective global marketing distribution machines? To them, wine was and is about people, places and stories, about passion, inspiration and dirt under the fingernails. It’s tempting to think that the great vineyards and producers have all been discovered – and that it was easier to unearth hidden brilliance 30 years ago – but that’s not necessarily true, even in Bordeaux. There are hundreds of wine regions that would reward further investigation. All it needs is time and dedication.

At their best, wine merchants are like certain publishers, who use the cash flow generated by best selling authors (or producers) to take risks on promising unknowns. Anyone can sell a portfolio of famous names; it takes skill and no little courage to discover and promote something new. Or, to make a sporting parallel, it’s like the difference between Chelsea, which buys talent, and Tottenham Hotspur, which mostly chooses to nurture it.

Once upon a time, Oddbins used to do this to brilliant effect, but with the honourable exception of Marks & Spencer and The Wine Society, the major retailers and mail order specialists have become almost as unadventurous as the successful wine brokers. They think of the bottom line. Sometimes this coincides with sales of something brilliant, but if it doesn’t, who cares?

Watch the Bordeaux en primeur campaign unfold over the coming weeks and make a few notes. The best wine merchants are the ones who back the châteaux they believe in, irrespective of critical praise or potential profitability. The others are just flogging more, or less, expensive booze.