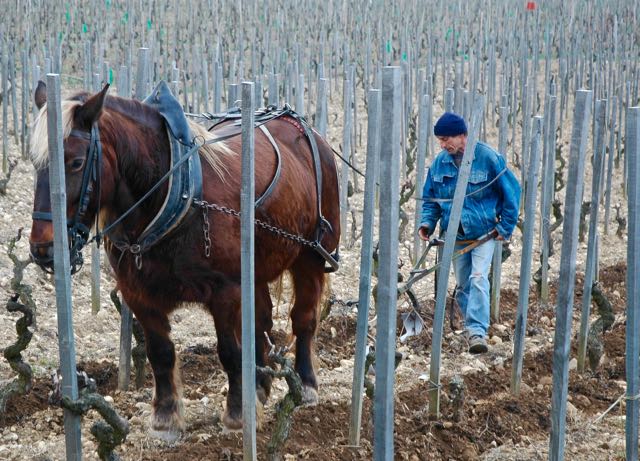 The most improbable things can turn out to have lasting value. Who would have thought, back in the day, that changing the old vats in Bordeaux, those ancient wooden barrels impregnated with the flavours of the terroir (they thought), for brand new oak fresh from the timber yard, would move from gimmick to innovation to global old hat in so few years? The use of 200% new oak, on the other hand, has vanished, and not before time. At the opposite end of the scale, when Randall Grahm of Bonny Doon tried to increase minerality in his wines by putting rocks into the vats, and held a tasting to show us the results – well, that didn’t take off at all.

That last was an experiment rather than a gimmick. A gimmick, if I can suggest a definition, is something used to sell a wine that has no lasting value in terms of wine quality. I hasten to add that in this competitive world there is nothing wrong with using a gimmick, if you have one. It’s just that we need to be able to tell the difference.

What inspired these musings was a tasting of Liber Pater. This wine started life as a Graves and is now a Vin de France, because it is made from a field blend of old ungrafted indigenous varieties. Old varieties, please note, not old vines. The varieties planted are Petite Vidure (‘an original old massale selection of Cabernet Sauvignon’), Grosse Vidure, Petit Verdot, Castets, Tarnay, St Macaire, Carmenère, Pardotte, Prunelard and Malbec. The vineyards have been replanted on their own rootstocks, and many of these indigenous varieties are not allowed in AC Bordeaux, so it’s doubly disqualified from the AC. The density is 20,000 vines per hectare, which is twice the norm for the Graves, and the vineyards are worked by mule.

So far so interesting: this is certainly new for Bordeaux, even if it would attract less attention in Toro, where probably 70% of the vines are ungrafted, and often ancient into the bargain, or in the Douro Valley, where a number of estates can boast antique plots containing 30 or 40 almost extinct varieties. Quinta do Noval’s Nacional Port is made from ungrafted vines, as is Champagne Bollinger’s Vieilles Vignes Françaises. But in Bordeaux, it’s news. In some aspects it might be genuinely innovative: there might be varieties here that could take off in the future, and while the law doesn’t allow them now, that could change. Castets is already being allowed on an experimental basis, along with Touriga Nacional, Marselan and some others. The ungrafted bit might be more complicated.

The sales pitch, that this is how Bordeaux tasted before phylloxera, is, well, a bit of a stretch. ‘Before phylloxera’ seems to mean around 1855, when the current Médoc classification was made. It does not take into account changes of climate  and therefore ripeness between then and now (the mid-19thcentury is reckoned to be the end of the Little Ice Age), nor changes in winemaking practices: Liber Pater now uses glass-lined concrete and amphorae, which is more 2020 than 1855.

Claret then was mostly fermented in wooden vats, and only top wines were château-bottled. Most clarets were aged for three or four years in négociants’ cellars and often shipped in barrel and bottled at their destination after whatever titivations the merchant deemed necessary, which was usually an addition of Hermitage for the better wines and something chewy and Spanish for the rest. ‘Before phylloxera’ thus seems to refer only to Liber Pater’s ungrafted, indigenous field blend. But it’s a great sales line, and no doubt justifies the price of €30,000 per bottle. Yes, you read that correctly. There were just 550 bottles made in 2015, and most countries have an allocation of 12 bottles. Please form an orderly queue; they still have some available. They won’t say how many, but I’m told that India is a good market.

Natural wines, now: gimmick or innovation? Both, I would say. Bringing back a range of wine faults that most of us thought we would never see again, and some we had never seen at all, with all the variation and unreliability that comes with that, was a gimmick to most of us, though remains an ideology with the hard core. But that ideological hard core is increasingly on its own: for more considered naturalists, zero sulphur seems to be slightly less of a dogma than it was. And practices like fermenting with wild yeasts, fermenting whites on their skins, fermenting and ageing in amphorae or concrete are joining the mainstream, to the great benefit of the mainstream. They have changed the expectation of what good wine should be.

Then there’s Champagne. Champagne producers are all on the lookout for points of difference, and they’ll grab them where they can. Leclerc Briant held a tasting last year of a wine fermented and aged in a stainless steel barrel lined with 24-carat gold. We were told that this produced a resonance between solar energy and the wine. We were told that the gold increased the level of solar activity during the first fermentation. No, I don’t know what this means either. But when the winemaker demonstrated that this wine tasted different to those made in other vessels – well, yes. It was totally protected from oxygen. It would taste different.

Veuve Clicquot wanted to make La Grande Dame 100% Pinot Noir to be able to claim the first Blanc de Noirs prestige cuvée; it had to settle for 92%, but it was a good try. Roederer Cristal has its clear glass bottle and its Lucozade-style wrapping; Dom Pérignon Luminous has a button that makes the label light up in night clubs; Henri Giraud focuses on oak from the forest of Argonne. Which of these are gimmicks and which are serious winemaking decisions I will leave you to judge.

On the other hand Château Lafaurie-Peyraguey, to mark its 400thanniversary, filled a glass 225-litre barrel made by Lalique. It is a beautiful and beautifully crafted thing, and nobody as far as I know is claiming any cosmic properties for it. This is neither a gimmick or an innovation; it’s just a wonderful object, of the sort that winemakers like to put in their cellars, when funds allow.

While we’re on the subject of glass… Riedel, when it introduced different glasses for different grapes and wines, did appear very gimmicky – until you tried a comparison, at which point it was clear that the world of glass had changed for good. But Zalto glass used to claim on its website that the earth’s angles of tilt are the same as the angles of its glasses and that the ancient Romans used the same angles when designing amphorae. It was never clear what this meant or why it mattered. Or why it was needed: Zalto glasses are wonderful and have inspired other glassmakers to produce similar shapes; it never did need to talk about the earth’s supposed angles of tilt. It was innovative without that. And pseudo-scientific gimmickry is annoying enough already without having it wrapped around something genuinely good.

On which note, if you’re faced with a glass of undrinkably over-extracted, low-acid red, put a pinch of salt in it. It at least gives it an illusion of freshness. Thanks for that, Randall.