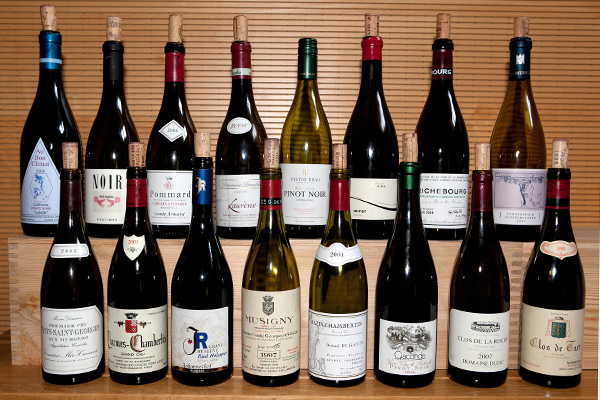 A friend of mine who’s a barrister calls what I do for a living “the most un-job like job in the world”. It’s a common perception. “Need an unpaid assistant?” I get asked on a regular basis, although the offers are less frequent when I’m preparing to taste a range of supermarket own labels.

It’s a fair point. The money’s not great – and getting worse by the year for many of us – but tasting and writing about wine is a pleasurable way to earn a crust. Whenever I feel like moaning about palate fatigue or pressing deadlines, I remind myself that I don’t have to gut chickens, issue parking tickets or hack someone’s phone to pay my mortgage.

For all that, some weeks are more special than others. Last week, my “job” included two tastings that most wine lovers would pay considerable amounts of money to attend. On Monday I was in Italy hosting a tasting of some of the world’s top Pinot Noirs; on Tuesday, I attended a 26 vintage vertical of Vega Sicilia, Spain’s most historic wine estate.

What do such things have to do with me you’re probably thinking, or the ordinary UK wine drinker for that matter? The average price of a bottle of wine is still marooned below £5, despite the recent duty increase, while a bottle of 2006 Richebourg from the Domaine de la Romanée Conti (one of the Burgundies we tasted in Italy) would put a £700 dent in your current account.

It is true that we are talking about two different worlds here – a gulf in class that makes the difference between the English and Italian football teams look almost negligible. But that doesn’t mean that fine wine is an irrelevance, however glorious. Outside the UK, it is often regarded as something that is aspirational, rather than something to be drunk by “wine snobs” or the super rich.

Both tastings illustrated broader points, too. The first was bravely put on by the Terlano co-operative in the Alto Adige to launch its new 2009 Anrar Pinot Noir Riserva. The cantina is known for the quality of its white wines, which rank among Italy’s finest, but not (yet) for its Pinots.

The 23 leading sommeliers, journalists and restaurateurs who tasted the wines blind came up with some interesting results. Our top Pinot was the 2006 DRC Richebourg (no surprises there) but the next three were from outside Burgundy: the 2004 Reinisch Holzspur Grand Reserve from Austria, the 2007 Friedrich Becker Kemmerberg from Germany and the 2008 Au Bon Climat Isabelle from California. To me, this confirmed that the gap between top Burgundy and the best of the rest is narrowing with every vintage.

And what about that Italian wine? Well, it came 11th overall, ahead of two Burgundian Grands Crus from Dugat-Py and De Vogüé among others, which was more than creditable. The co-op’s aim was not to win, but to show two things: that it has the ambition to make great Pinot and that its wine belongs in exalted company. The fine wine tasting was a useful exercise.

The Vega event was even more special, a one-off held in London to coincide with the Diamond Jubilee and the Olympics. It is fascinating to taste different vintages of the same wine, especially one that is famously backward in its youth, and see the way it unfurls over time.

I don’t know about you, but I always find tasting old wines an emotional experience. Even when it doesn’t live up to expectations, sampling a wine that was made in 1925, the year that Mein Kampf and The Great Gatsby were both published, puts a lump in my throat.

The tasting was amazing. Not all of the vintages were brilliant – inconsistency comes with fine wine’s territory – but the 1964 Unico was one of most thrilling reds I’ve ever sampled, while the as-yet-unbottled 2004 will surely be just as good in forty years’ time.

It was a privilege to attend both these tastings, but not an idle one for me. The Pinot event introduced me to an up-and-coming source of my favourite grape and confirmed the promise of Austrian and German examples, while the Vega vertical showed that truly great producers make wines that age.

What does this have to do with a £4.99 bottle of Pinot Grigio? Everything and nothing. Fine wine and everyday wine are both made from grapes, but that’s where the connection starts and finishes. But both need each other for context. Without one or the other, the greater world of wine would be poorer.