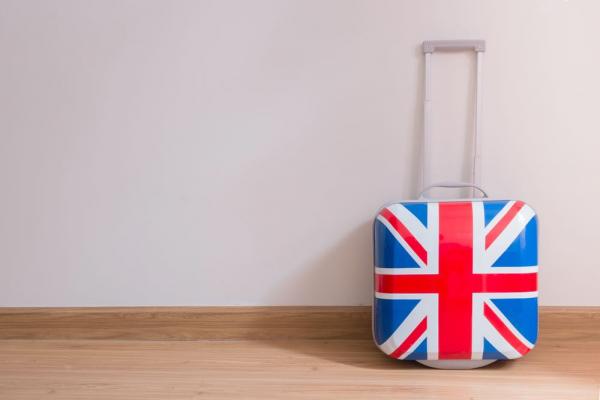 What will Brexit mean for the wine business? In the traumatic week that has followed the referendum and the decision of 52% of voters to leave the European Union, the very question has seemed increasingly, almost fatuously irrelevant. It’s hard to get worked up about fermented grape juice when the pound has dropped to its lowest level in 30 years, the United Kingdom sounds like an oxymoron and our political system is in turmoil. When your country is committing hari-kari, who cares about the last dribble of 2015 Bordeaux en primeur releases?

Events have moved so quickly since June 23rd that it’s unwise to predict what will happen next. But some of the pre-referendum warnings from the Bank of England, the IMF, the Institute for Fiscal Studies, the WTO, the World Bank and the Confederation of British Industry, as well as all those other “experts” Michael Gove told us we had had enough of, appear to be turning into reality.

Standard & Poor’s has downgraded our credit rating, our prime minister has resigned, the markets are shaky and the governor of the Bank of England has predicted an “economic post-traumatic stress disorder”. Meanwhile, no one seems to be prepared to activate Article 50 of the Lisbon Treaty. We are in limbo, twisting in the wind as the world laughs at our hubris and our football team. To those of us who passionately campaigned to remain, saying “we told you so” is scant consolation. The UK is in crisis.

In the run up to the vote, I discussed Brexit with hundreds of people in the wine business, both on social media and in person. Some were neutral – one clubbable, red trouser-wearing wine writer told me that he “didn’t really mind which side wins, as I can see both sides of the argument” – a few were pro-Brexit, often splenetically so, but most wanted to remain in Europe, even if they felt that the EU was a far from perfect institution and should, ideally, be reformed. The Wine & Spirit Trade Association polled its members and “almost 100%” said they wanted to remain, apparently.

Those wine trade Brexiteers were a puzzle to me. If they import, sell, make or write about the stuff, then how can they fail to be passionate Europeans who want to cooperate with our neighbours? As much as anything, surely it makes more sense to tackle climate change (a major threat to the wine world) as a group, rather than an isolated country. The same goes for trade deals, some of which (such as South Africa’s EU1 rebates) directly benefit our industry. Blocs tend to make better deals than individual nations.

There are emotional and intellectual dimensions to this as well. Writing in the Sunday Times, AA Gill said that, “if you ask for my nationality, the truth is that I feel more European than anything else. I am part of this culture, this European civilisation”. Gill talked eloquently of European music, literature, art and food, contrasting them with the “Bisto nostalgia”, xenophobia and narrow mindedness of many in the leave camp. I share Gill’s opinions, but feel at my most European visiting wine regions. The differences between them are part of their appeal. Think about it: we are lucky enough to belong to a continent and culture that make red Burgundy, Vintage Port, Tokaji, Mosel Riesling, Champagne, Barolo and Sherry.

If Brexit happens – and it could take many forms, or conceivably no form at all – it’s hard to see the UK generally or London in particular retaining its historic importance as one of the centres of the wine world. Wine is almost irrelevant in the greater scheme of things, but our trade is part of a larger economic and political picture and will be influenced by it.

Unless the pound recovers, prices for European and American wines, purchased in euros and dollars, will increase. If we enter a recession, there will be less of a market for £7-20 wines and an increase in demand for cheaper, bulk-shipped lines. In a market where discounters are gaining in importance, margins will be squeezed further. I suspect that many producers will look to sell their wines elsewhere, further weakening the diversity of what we drink.

I’ve been visiting the Cape during the referendum and its aftermath, so it’s hard not to view the whole mess from a South African perspective. If EU1 rebates no longer apply to exports to the UK, shipping wine to our islands will be even less profitable than it is now. The squeeze will be felt all the way down the production chain, as far as the drought-affected farmers who are struggling to survive and the workers who prune their vines and pick their grapes. It’s sometimes said that wine and politics don’t mix, but they are intimately entwined here.

It’s a fragile hope, but this is one of the reasons I’m praying that we – or our elected representatives – reconsider our decision about EU membership and choose to remain after all. And why I urge you, as someone who works in the wine business, to do everything you can to make it happen.