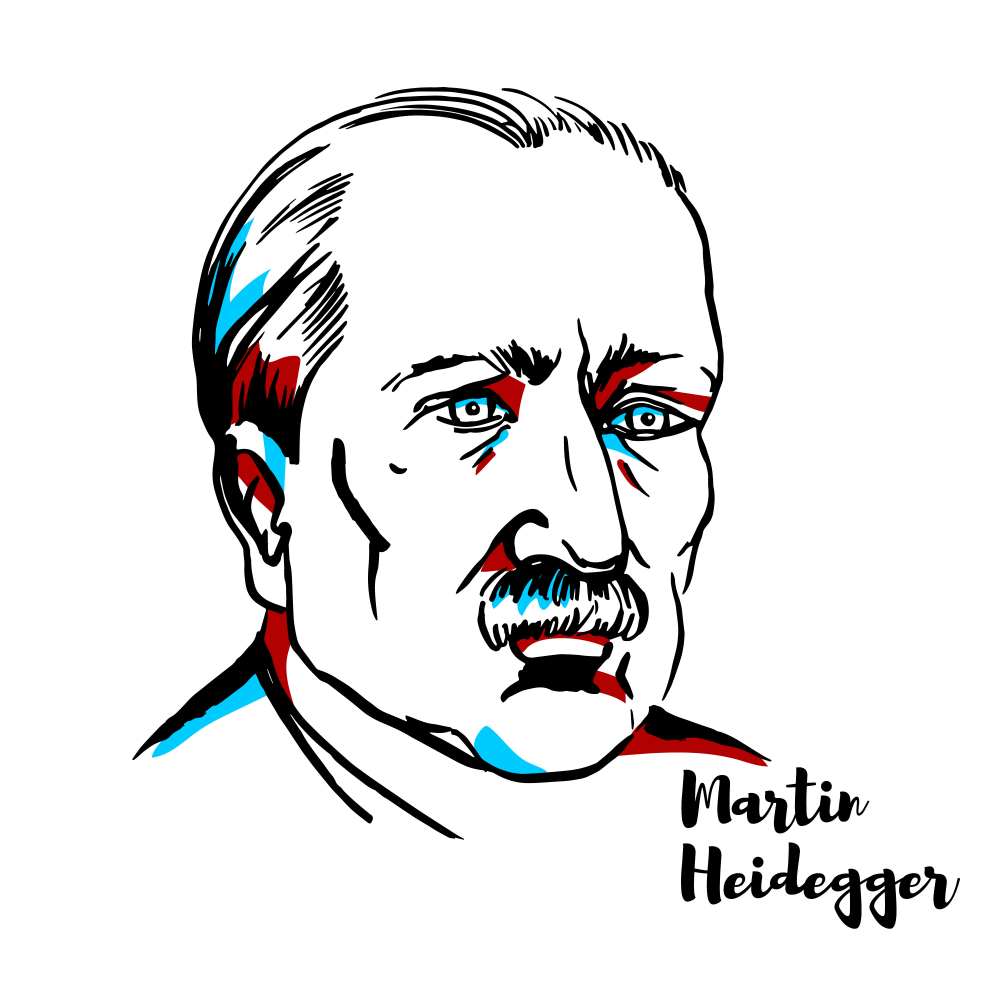 In Monty Python’s immortal “Bruces’ Philosophers Song”, the controversial German thinker Martin Heidegger – for many one of the two greatest philosophers of the 20thcentury but tainted by his association with the Nazis – comes second on the list. You probably remember how it goes: “Heidegger, Heidegger was a boozy beggar/ Who could think you under the table.” This apparently puerile half-quatrain is actually rather penetrating. Heidegger did indeed enjoy his booze – wine from his local region of Baden to be precise – and as for thinking you under the table, this in its rollicking way is not a bad summary of the author of Being and Time’s view on the connection between drinking and thinking. I want to argue that Heidegger’s radical ontology can add profundity to our notions of both drinking and thinking.

To take the drinking first, it seems safe to say Heidegger would not have felt at home on the international wine tasting circuit. His view of wine was as deeply local as it’s possible to be. Born in very modest circumstances in the village of Messkirch just north of Lake Constance (his father was the church sexton), Heidegger spent nearly the whole of his life in Baden, apart from war service and a spell teaching at Marburg.

Most of his legendary university teaching career (his pupils included Hannah Arendt, Hans-Georg Gadamer, Leo Srauss, Hans Jonas Herbert Marcuse and Emmanuel Levinas) took place in Freiburg-im-Bresgau. For solitary reflecting and walking in nature, Heidegger retreated to his mountain hut in Todtnauberg in the Black Forest.

His taste in wine was similarly Baden-centric. His wine of choice was Gutedel (Chasselas) from the Markgräflerland sub-region of Baden, a wine described by Stuart Pigott in The Wine Atlas of Germany as “never more than [a] pleasant thirst-quencher.” Jancis Robinson, Julia Harding and Jose Vouillamoz are more complimentary in Wine Grapes: the best Markgräflerland Gutedels, they opine, “particularly from old vines on calcareous slopes, have flavours of almonds and hay and a distinct minerality.” And Anne Krebiehl MW goes even further, reminding me that Markgräflerland Gutedel used to have a very high reputation, being served on the Graf Zeppelin together with the finest Rieslings. “If treated with respect”, she continues, “it is a wonderfully textured wine which ripens without clocking up too much alcohol.”

This tallies with a recollection by Heidegger’s friend Hartmut Buchner that all the wine served in the Heidegger household in Zähringen was “of exceptional quality”. Another friend, the art historian Heinrich Wiegand Petzet, recalls that he and Heidegger used to spend time in the Zum Falken Weinstube in Freiburg testing the claims made on wine labels.

But the philosopher’s true interest was more in the deep being of wine, what wine really is, which is to say also how it relates to our being-in-the-world. So for Heidegger wine was not an “object” to be subjected to scientific analysis, or (not necessarily scientific) tasting notes or scores. Nor was it a marker of social status or intellectual one-upmanship.

Language is central to Heidegger’s philosophy. He points out that the phrase for tending vines in German is “Reben bauen”; the verb bauen means to build (for shelter), also to tend and care. So “Reben bauen” means “to shelter what grows as this ripens into fruit of its own accord.” The word “production” has no place in this vision of wine-growing.

Heidegger’s understanding of wine is sacral or sacramental, though without any specific Christian connotations. Wine gathers together the earth and the sky in a kind of mystical marriage; in wine “earth and sky are betrothed to each other.” At one level when we drink wine we may be comparing different renderings of a grape or vineyard; at another we are participating in the fructiferous union of soil and heavens.

So much for the drinking: how about the thinking? Nearly all writers down the ages have agreed that, however delectable, wine, regrettably, befuddles the wits. Heidegger thought the opposite. He believed drinking wine, and not necessarily in moderation, could help us to think.

Heidegger has a very particular way of looking at the idea of “drunkenness”, not as being blind drunk and therefore incapable but as being raised to a higher level, in which we see things which might otherwise be hidden, and also experience a special kind of being together and therefore thinking together.

The idea of thinking as essentially convivial goes against hundreds if not thousands of years of a tradition which held that philosophy was a sternly solitary pursuit. Strangely, that tradition seemed to have forgotten that Plato’s idea of philosophy was not solitary but dialogic, or even symposiastic.

The Platonic text Heidegger liked to invoke was not the Symposium (in which Socrates was just about the only thinker/drinker left standing) but the Seventh Letter. In this autobiographical text, Plato speaks of a kind of understanding which “is brought to birth in the soul on a sudden, as light that is kindled by a leaping spark, and thereafter…nourishes itself.” Heidegger associated that flashing insight with the experiencing of drinking and thinking together with friends.

But what kind of thinking is it that flourishes under these convivial conditions, and why might it be just as valuable if not more valuable than, say, sober ratiocination? In his later philosophy, Heidegger turned increasingly to the poets as sources of the deepest thinking. So here the inspiration is Hölderlin’s poem Remembrance and its plea “Extend to me, full of dark light, the fragrant cup.” Dark light sounds like a paradox, but it denotes a more forgiving kind of illumination which allows for shade as well as brightness. This is not 24/7 artificial glare, but the play of light and shadow.

Heidegger’s refusal to apologise publicly for his support of the Nazis in the 1930s may remain unforgivable. Given his close friendships with Jewish thinkers such as Arendt and Jonas, how could he not have spoken out against the Holocaust? It took his student Emmanuel Levinas to take his philosophy one crucial step further and place ethics, our care and responsibility for the Other, above ontology. But even though Heidegger himself couldn’t take that step, his philosophy of care for the Being of beings, including wine, leads in that direction. And can help us both to drink and think.