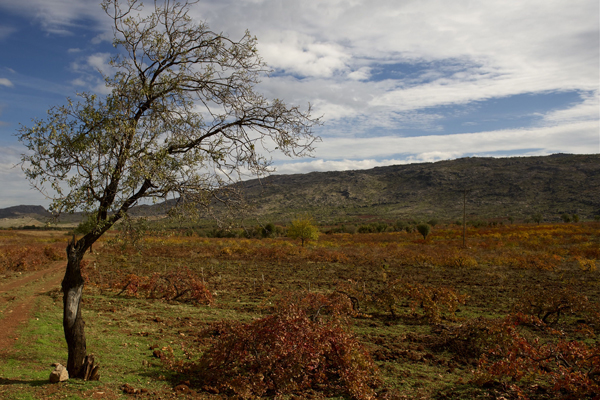 Diyarbakir in south-eastern Anatolia is one of the wine world’s wilder fringes. Rugged, mountainous and remote, it’s a place where grape growers carry guns and Kurdish separatism is openly discussed. Its proximity to the Syrian border adds an extra frisson of danger these days.

The vines are unruly too: sprawling and, in the words of Daniel O’Donnell, the American winemaker at Kayra, “goat-pruned”. This is Boğazkere country, home to Turkey’s “throat-scraper”, with its marked, enamel-challenging tannins and rustic, unkempt flavours. The vines in this region are grown without chemicals, for reasons of neglect as much as anything. “I give our growers bags of sulphur,” adds O’Donnell, “and beg them to use it. But they just sell it to someone else.”

Why come here? Is it just for the adrenaline rush, a quickening of the vinous pulse? There’s no denying that the place feels slightly dangerous (you need a local minder to ensure that people don’t shoot at strangers), but the real reason for visiting is Anatolia’s importance in the history of wine.

The region is part of what José Vouillamoz, Julia Harding and Jancis Robinson in their remarkable new book, Wine Grapes (Allen Lane), call the grapevine’s “fertile triangle”, a vast area between the Taurus Mountains in Turkey, the northern Zagros mountains in Iran and the Caucasus mountains in Georgia and Armenia, where vines were first domesticated.

Wines of Turkey, the country’s increasingly active generic body, urges us to “discover the roots”, and out east you can do just that. As we drove from Elaziğ to Diyarbakir, we stopped to look at wild grapevines, still growing in gulleys and on riverbanks, just as they did 10,000 years ago. It’s all a little spooky, as Dame Edna Everage might say.

South-eastern Anatolia is home to two of Turkey’s best indigenous grapes: the aforementioned Boğazkere and the tongue-twisting Öküzgözü, which is often blended with its more tannic partner. Turkey has more than 800 indigenous grapes in all – 26 of them are discussed in Wine Grapes – but these are two of the five best. The other three are red Kalecik Karasi (from central Anatolia) and white Emir (ditto) and Narince (from Tokat in northern Anatolia). Other promising, lesser known native varieties include Yapincak and Acikara.

Turkey has the history and the grapes to make a world-wide impact, but to do so it has to overcome some sizeable hurdles. High domestic taxation, imposed by an Islamic government that regards alcohol with suspicion at best and hostility at worst, is arguably the largest of these, although the fact that wine is linked to tourism (vital to the economy) and its growing impact on export markets (now worth US$8m) may prompt a change of mind.

There are two other things that stand in Turkey’s way. The first is the power of the five largest producers. Kavaklidere, Doluca, Kayra, Sevilen and Yazgan dominate domestic restaurant lists, making it harder for smaller, boutique wineries to find consumers. That is not to criticize the quality of their wines, which are among the best in the country, just their grip on distribution.

The second thing is unfamiliarity on export markets. It’s partly the names of the local grapes, which can be tricky to pronounce, but also the challenge of persuading consumers in London, New York or Sydney that Turkey makes wine in the first place. The country has the sixth largest area under vine, but only 3% of this is used to produce wine, so volumes are comparatively small at around 0.25% of global production.

That’s where international grapes have a role to play, both as blending partners for indigenous varieties and as a familiar introduction to Turkey’s more exotic wines. Turkey’s European part (the area known as Thrace) and the Asian regions of Izmir and Denizli specialise in grapes such as Cabernet Sauvignon, Merlot, Cabernet Franc, Petit Verdot, Pinot Noir, Syrah, Malbec, Roussanne, Marsanne, Sauvignon Blanc, Viognier and Chardonnay, none of which will scare potential punters outside Turkey.

And what of the wines themselves? I’ve visited Turkey three times in the last two years and the improvements are impressive. There is still a tendency to use too much new oak on higher end reds (partly because wealthy local wine drinkers associate its flavour with quality), but the splinters are slowly being toned down. Just as important are the plantings of indigenous Turkish grapes in modern, trellised vineyards in Denizli and Izmir.

Which ones should you look out for? To determine my top producers, I tasted nearly all of the wines on show at the recent 2012EWBC Digital Wine Communications Conference in Izmir. Of the 26 wineries present, I was particularly impressed by Doluca, Vinkara, Kavaklidere, Yazgan, Sevilen, Kayra, Urlice, Kocabağ, Gali, Vinolus, Chamlija, Arcadia Vineyards, Selendi, Likya and Prodom, but the overall quality was much better than it was even two years ago. Turkey, goat pruning, wild vines and all, is a growing force in the world of wine.