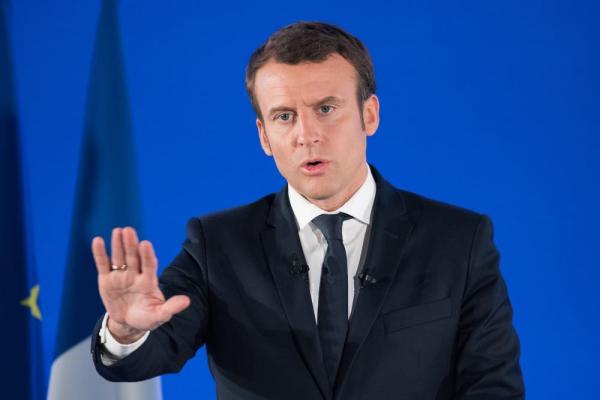 “It’s one of my only good traits. I never had a glass of alcohol. I never had alcohol, for whatever reason,” he added. “Can you imagine if I had? What a mess I would be. I would be the world’s worst.”

Though he’s not a drinker, Donald Trump has taken on wine in his latest bout of verbal fisticuffs with President Emmanuel Macron. It’s unlikely to win him many new friends in France. There is no doubt that the French are proudly patriotic, but there is one thing in particular that they are absolutely nationalistic about (aside from the constituents of the far-right Rassemblement National political party), and that is wine.

According to Vin et Société, the vine is France’s number one agricultural sector in value, worth €12.5 billion. Covering only 3% of the arable land, French vines represent 15% of the value of France’s annual agricultural production. Wine is France’s second largest surplus export, behind aeronautics and ahead of cosmetics. France is the number one exporter of wine in the world in value. Behind the USA, which is almost five times as large, France is the world’s second largest wine consuming country. This is despite per French capita consumption falling by almost 60% over the last 40 years.

Wine is very serious business in France, and the French – almost without exception – think that only they can make great wine. This is true even of those that have branched out to make wine elsewhere. Burgundy alone is full of examples. I collected several within the last month. Pierre-Henri Gagey of Louis Jadot talked about how there is always a “je ne sais quoi” in Burgundian wines – something that cannot be reproduced elsewhere in Pinot Noir or Chardonnay and that makes them inherently better. The wife of a winemaker leading a fifth generation family domain in Meursault asked that pejorative question of a world-class South African Chardonnay, “Is it sweet?” Jean-Nicolas Méo of Méo-Camuzet, who founded Nicolas-Jay in Oregon several years ago, declared that he is now convinced Oregon can make wines of terroir. Etienne de Montille of Domaine de Montille said, pushing back a half-drunk glass of Chilean Pinot Noir in Isla Negra, “There is no terroir in Chile.”

Regardless of the tariffs that Donald Trump is complaining about on Twitter, the French don’t want American wines. They find them to be curiosities. The Germans and Scandinavians, the former making little red wine and the latter making effectively no wine, take the majority of the wine exported from California to the continental European Union.

The USA hasn’t been much of a wine-exporting nation until recently. Moreover, much of what it historically exported was its lower-end wines. California ships 97% of US exports and accounts for about as much of the USA’s wine production. According to the Wine Institute of California, in 1997, the state shipped 222.1 million liters of wine at the price of $1.86 per liter. In 2017, it shipped 380.0 million liters at the price of $4.03.

The premiumization of exports certainly helps US wines to stand next to competing wines. Tariffs make less of an impact on more expensive wines. Even without tariffs, it is already hard for many entry- and mid-level US wines to compete on price. US wineries are newer than most of those in France and come with the higher costs of starting up businesses.

The tariff difference is hardly substantial for bottled wines. According to the Associated Press, it’s about $0.06 for a 750 ml bottle of still white wine with 13% alcohol ($0.11 for US wines and $0.05 for French wines.) Wines over 14.5% alcohol have an even smaller difference. Interestingly, the tables turn for EU wines imported in bulk to be bottled in the US. European producers pay double the US bulk wine tariff. That’s substantial as 25% of US exports to Europe are in bulk.

Not only does The Donald not understand this (or does and lies anyway), he also does not understand that these tariffs on US wines are the same in every European Union country, not just France. While he is busy creating a stir about “French tariffs”, he’s neglected to mention what’s happening in Japan, the US’s fourth largest export market for its wines.

With Trump’s withdrawal from the Trans-Pacific Partnership and the Japan-EU Economic Partnership Agreement, US wines now receive a whopping 15% import duty while other imports see none. Japanese importers have been importing in bulk to lessen the load, but Chile, Australia and – soon –European bulk wine have zero tariffs leveraged on them. In 2017, exports of bottled US wines to Japan decreased 20%. It seems increasingly clear how Trump’s casino businesses have filed for bankruptcy four times. He can’t see the whole picture.

Does he want the wines of his son Eric’s winery in northern Virginia, the “Birthplace of American Wine”, thanks to Founding Father and third US President Thomas Jefferson, to succeed on the export markets? I’m afraid Trump Winery will first need to “Make Wine Great Again”, which I concluded after tasting there two years ago. (The wines are moderately concentrated, noticeably light in flavor and fast on their finishes, save the 2009 Blanc de Blanc sparkler. As Kluge Winery before its bankruptcy in 2011, the wines had been truly lovely.) For now, I’m sure that many nationalistic Americans would be happy to drink the stuff “to experience the unparalleled Trump lifestyle,” as the winery’s literature calls it. The French, meanwhile, will be very happy to stick with their own wines, merci beaucoup.