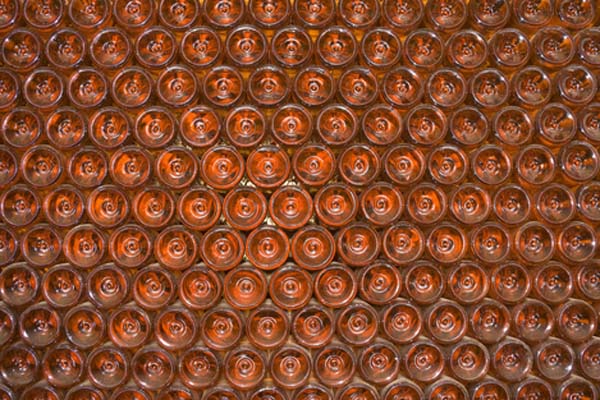 The Tokaj wine region organised its second wine auction recently. Modelled on the Hospices de Beaune, it featured unique lots of dry and sweet wines offered by the 136-litre barrel, and grossed over €90,000, a 34% increase on last year’s inaugural auction. The Confrérie de Tokaj which organises the event spoke of its success in appropriately glowing, golden-hued tones.

For those present at the auction, the atmoshphere was a little less enthusiastic. Nearly a third of the money was grossed by a single wine, István Szepsy’s 2013 Nyulászó ‘58’ Furmint, the only lot to see some real bidding before it sold for 8m HUF (€27,000) per barrel to a Hungarian collector. Of the 24 lots on offer, six failed to find a buyer, and another seven sold at the opening (often very low) price. The remaining lots sold at or just slightly above estimate, showing that the market for these special Tokaj releases is still shallow.

Moreover, the success of different lots also seemed to be only loosely related to the actual quality of the wine: my favourite dry Furmint this year, Szent Benedek’s Köveshegy ‘184’ Furmint, sold at the opening price of 12€ per bottle, while Gizella’s excellent Hárslevelű found no bidder. On the sweet wine front, the brilliant 2011 Hetedik Aszú 6 puttonyos from Disznókő sold for the equivalent of €37 per bottle, roughly 50% of what the wine will be worth retail. It really was a buyers’ paradise with many outstanding bargains to be snapped up. On the other hand, whether Szepsy’s Nyulászó Furmint is really worth 140€ per bottle is, of course, a rhetorical question.

Szepsy himself remained bullish and declared he (arguably the region’s most acclaimed grower) will offer even more single-vineyard dry wine lots in future, expecting the prices to rise further. Samuel Tinon, another vintner who was the auction’s architect and successfully sold three lots in two years, says he is happy with the outcome and confident in the auction’s future. Participating vintners pay 40% of the proceeds to the Confrérie de Tokaj to be spent on further promotional activities.

Is the auction a game changer for the region? It is too early to say. The sale itself is a modest success but problems remain. One is politics. At 5,000 hectares, Tokaj does not really have much marketing power, a situation further worsened by internal divisions. Many leading producers such as Királyudvar, Zoltán Demeter, Oremus, Royal Tokaj Wine Co., as well as new generation stars Kikelet and Tokaj Nobilis, did not participate in this year’s auction. The Confrérie is just one of several producers’ organisations, including the Tokaj Renaissance, Mádi Kör, and TBT, acting in the region; instead of consolidation, the trend is toward fragmentation.

The other underlying issue is money. Commercially, Tokaj has gone through some extremely dire straits. The collapse of the Hungarian middle class in the global economic crisis as well as overenthusiastic investments in sweet wine production in the 1990s have contributed to a near-implosion for this once legendary region. The top category of sweet Tokaj, 5- and 6-puttonyos (measured by level of concentration) Aszú, remains difficult to sell domestically, and has yet to make a decisive breakthrough abroad.

Tokaj has to reinvent itself with a more balanced structure of production, including dry white wines, but this takes time. There are some very impressive dry Furmints (and Hárslevelűs, from Tokaj’s other, often sexier variety) already being made, rivaling top German and Austrian Rieslings in quality and value for money, but much remains to be done, especially at the lower end. Other than their youth, the problem many Tokaj wineries face is size: 50,000 bottles of dry Furmint would firmly put you among the largest producers. With many wineries still having unsold stock of Aszú wines from as early as 1999 and 2000 (two excellent, but high-yielding vintages), it is no wonder that several big names have been up for sale for several years now — without finding a buyer.

All this may come as a surprise when you taste the region’s best offerings. The top Aszús certainly are second to no other sweet wine in the world, and anyone who samples a great bottle of Szepsy, Királyudvar, or Royal will be hooked for life. At 40–80€ per half-litre bottle, many of these wines are also attractively priced, given they often have twice the sugar (and acid) content of a good Sauternes or German Auslese. In the dry Furmint category, two styles have now emerged: one linear, mineral, acid-driven, terroir-reflecting, coming closest to dry Riesling; and another with more ripeness and richness, malolactic fermentation, and oak ageing. Tokaj Furmint is already Eastern Europe’s most exciting white wine style (perhaps with Assýrtiko), but it needs more consistency and better marketing. When this happens, the Confrérie de Tokaj auction will be more than a silver lining to a cloudy sky.

Gizella Szt. Tamás–Barát Hárslevelű 2013 (auction wine)
This estate has been on a roll of late and delivers another exciting, dense, fleshy, far-reaching Hárslevelű with lovely poise (not obvious with this grape).

Samuel Tinon Szamorodni Dry 2003
A very unusual wine made in a sherry amontillado or better yet, Jura vin jaune style, this offers layers of complexity and striking spicy flavours. With nearly ten years of oak this is now showing at its absolute best.

Disznókő Aszú 5 Puttonyos 2006
Disznókő’s auction ‘Hetedik’ Aszú 6P 2011 is immensely impressive but I also fell in love with this, a lighter and way more affordable offering from a great vintage, the epitome of Tokaj’s razor-sharp balance of acidity and sugar. This could be the best 5P I ever tasted.

Béres Diókút Sárgamuskotály Late Harvest 2013 (auction wine)
This has the sweetness of a 5P Aszú but with no ageing in wood, a delicious liquid peach & spring flowers combo, broad, long, and very moreish.

Barta Öreg Király Furmint Late Harvest 2010
Harvested in November, this is an astoundingly citrusy, steely dry wine …with 109g of sugar! The sort of balance only Tokaj is capable of.

Zoltán Demeter Aszú 6 Puttonyos 2008
2008 isn’t considered the best vintage on record but this shows what a serious vintner was able to make. 300g sugar yet never cloying thanks to the superb meringued lemony, grapefruity freshness.

István Szepsy Szamorodni Édes 2009
Szepsy’s recent Aszú bottlings are excellent, especially the 2007, but I also really liked this theoretically more modest and lighter Szamorodni, made from botrytised bunched rather than single berries. It still has 160g of sugar, more than enough for a 6 Puttonyos. Candied fruits and plenty of honey with finely embedded acids and a curious verbena-like fresh note.