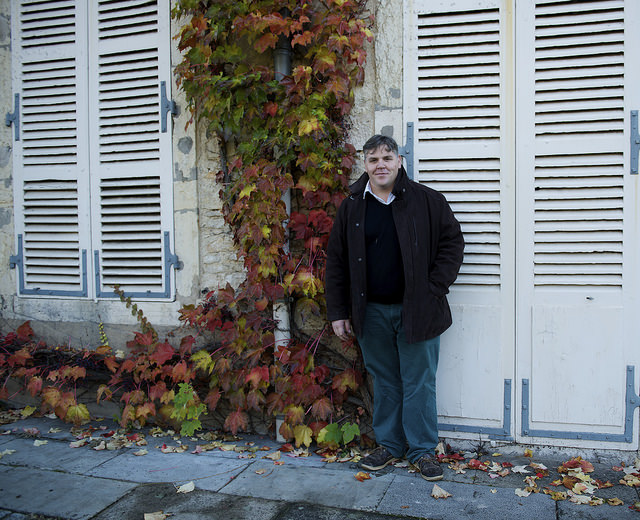 Thibault Liger-Belair is the last person you’d expect to see in a court of law. He’s friendly, respected and a supremely honest bloke who makes some of the best wines in Nuits Saint Georges as well as Moulin à Vent. And yet appear he will the in Villefranche-sur-Saône later this month, charged with failing to spray his vines against the vector that carries the vineyard disease “flavescence dorée”.

If this all sounds familiar that’s because we’ve been here before. There was a huge kerfuffle last year when another biodynamic Burgundian grower, Emmanuel Giboulot, was fined €1,000 for exactly the same thing. Monsieur Giboulot became something of a minor celebrity, with a supporting petition running to half a million signatures to prove it. Giboulot won his case on appeal last December, proclaiming a victory for “people power”.

You’d imagine that the French ministry of agriculture would have learned a lesson about PR own goals, but it would appear not. The latest court case seems destined to be another very public fight about what constitutes good, bad (and prudent) viticulture.

The Giboulot case divided opinions in Burgundy – was he a green hero or someone who was prepared to gamble with the livelihoods of his neighbours to make an ideological point? – and this is likely to do the same thing in the neighbouring Beaujolais. To spray or not to spray? That is the question.

There’s no denying that flavescence dorée is a serious disease, although to liken it to phylloxera, as some cassandras have done, seems excessive. It’s been around since the late 1940s in France and does not seem to be spreading at anything like the same speed as phylloxera once did. But it’s still a deadly, and as yet incurable, bacterium for grape vines, causing their leaves to yellow and die.

I’ve got a certain amount of sympathy for the authorities’ position. Since June 2013, Burgundian growers have been ordered to spray against Scaphoideus titanus, the disease’s vector, as a preventative measure. The ministry of agriculture might be over-reacting – and the point about collateral damage to other, benign insects, raised by Giboulot in his defence is legitimate – but Liger-Belair’s comment that the latest occurrence of the disease occurred on Chardonnay (rather than Gamay) vines 25 miles away from his Moulin à Vent vineyards in Plottes seems a little naïve. Prevention is surely better than cure, especially when there is no cure.

And yet there are greater issues at stake here. Interviewed after his successful appeal in Dijon last year, Emmanuel Giboulot said that people needed to think about “the impact of agricultural practices and the use of pesticides on the quality of produce and therefore on human health. Burgundy, which has vineyards of exceptional quality, should be promoting practices which respect the environment”.

I was reminded of his words when I read a timely blog post by the American wine writer Alder Yarrow on the soils of Champagne last week. Many of the region’s “most storied vineyards,” Yarrow wrote, are “seemingly lifeless…and to add insult to their chemically denuded injury, they are quite literally covered in trash”. I don’t go to Champagne as often as I do to Burgundy, but I remember experiencing a similar emotion the last time I visited. What were those shards of broken glass, those shreds of blue plastic bags doing on the ground? The answer is that the Champenois were recycling Parisian waste as “compost” for their vines. The practice ceased in 1997, but its legacy is still apparent, with no clean up in prospect as far as I know.

Yarrow made a more telling point about the widespread use of herbicides, fertilisers, insecticides and fungicides, which, “in large measure”, have rendered the soils of Champagne “ugly, hard and completely lifeless”. There are exceptions, of course, but the desire for high yields and the mistrust of cover crops (they enhance the risk of frost damage) means that many of the region’s vineyards leave a lot to be desired.

In the late 1980s, the terroir specialist Claude Bourguignon warned his fellow Burgundians that some of their soils contained less microbiological life than the sands of the Sahara desert. It was a call to action, prompting many Burgundians to switch to organic, biodynamic and other, less chemically dependent forms of viticulture. Burgundy’s soils aren’t perfect, but they are considerably healthier than they were 25 years ago. The results are apparent in the bottle.

The use of insecticides, even to combat flavescence dorée, should be part of a wider debate about the future health of France’s great vineyards. It’s not just that these treatments contain some pretty unpleasant compounds. It is also that, as Dave Goulson puts it in his wonderful book, A Buzz in the Meadow, years of chemical use can damage the environment, wiping out “all of the natural enemies: the predatory insects and birds that, in the days before insecticides, had helped to keep pest populations under control”.

If it debates such things, that court hearing in Villefranche-sur-Saône on May 19th could be very interesting indeed.