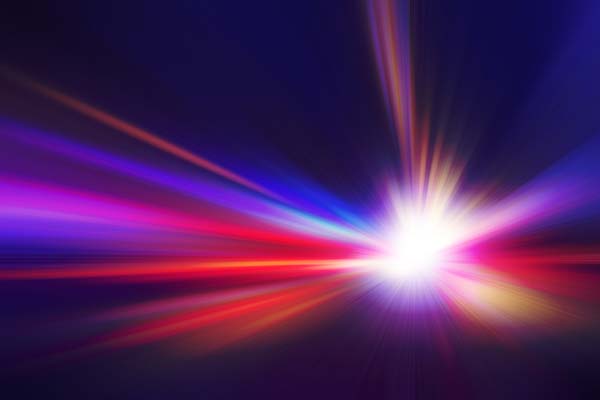 I’m not sure what motivated my ancestor to bury a wine time capsule back in 2015, but I felt that after two hundred years it was time to dig it up. In preparation, I’d been reading up on the history of wine in the 49th Edition of “The World Atlas of Wine” by Hugh Johnson. You’d think Hugh would be pushing up roses by now, but, no, he’s still cranking out sequels. Like all famous wine critics, he has an artificial heart. Well, many are not artificial, but they’re certainly all vestigial. Of course, if you think about it, being a wine critic is just a really bad nose job.

My son wanted to be there when I dug up the wine time capsule, too. Like everyone in our family, going back many generations, he’s obsessed with wine. A lot has changed in the past 200 years, and he’s curious what our ancestor felt was interesting enough to bury for some unknown future generation. At the time, many felt it was a Golden Age for Wine. Many declared it a Golden Age for Wine Writing as well. Of course, history has taught us that it was anything but a Golden Age for anything other than maybe self-absorption.

It was the dawn of Social Media, when opinion was valued over insight, when Wine Writer wasn’t an occupation that paid a living wage but rather something people claimed to be, rather along the lines of psychics — if people were stupid enough to believe you were a Wine Writer because you said you were, because perhaps you had a wine blog (wine blogs were the proverbial canaries in the coal mine for wine writing — if canaries could make pitiful cries for help before dying) then they got fleeced like they deserved. Indeed, it was the era that was the beginning of the end of wine writing. Though we still have psychics, the last wine writer expired back in 2097. Oh, except for Hugh. Who credits his long life to one simple thing—sucking back a can of argon gas every night before bed.

My son and I lifted the time capsule from the earth — it was in surprisingly great shape — and prised it open. I felt like I was visiting another planet and trying to understand the aliens who lived there based on the random stuff they left lying around. What a strange time it was back in 2015 to be a wine lover.

The first item I noticed was an issue of “The Wine Advocate.” Very few people today remember Robert Parker, but he was the most influential wine critic of the day. There’s a big statue of him in Bordeaux that was erected right after he died — so even now he still attracts countless pigeons. The issue had hundreds and hundreds of wines (what the hell was Grüner Veltliner? — from the context, it seems it was some sort of Austrian chemical weapon) rated by points! Yes, points. My son had never even heard of wines being rated with points. And no wonder. It was only about thirty years after Parker that points were abolished, about the same time as the National Football League. And both for the same reasons — they were stupid, plagued by scandal, and caused serious brain damage.

“Why did people back then pick wines because of how many points they got?” my son asked.

“I don’t know, son. But remember, back then people didn’t have chips implanted in their brains that gave them instant wine comprehension. They’d taste wine and have no idea what they were tasting. I’m talking about the wine writers as well as the public. Numbers were something to grab onto that felt real in the face of the bottomless insecurity of the age. Numbers are childish, but people back then clung to adolescence like it was the most valuable thing they owned. Have you ever heard of YouTube? It was the age of YouTube as well as wine scores. Essentially, wine scores were to wine what cat videos were to YouTube — ubiquitous and utterly worthless, but they kept the simpletons happy.”

Then I spotted a corkscrew in the time capsule. I hadn’t seen a corkscrew outside of a museum in my entire life. “Wow,” my son said, “is that one of those things they used to take the tree parts out of their wine bottle?” I tried to show him how it worked, but damned if I could even remember. “Yes,” I told him, “back in 2015 there were people who were employed to use these complicated tools in restaurants to serve the customers their wines. They were called ‘sommeliers.’ It’s not a job that exists anymore, though I think there’s one in the Barnum and Bailey freak show still. But we don’t pay money to stare at people born with such pathetic deformities.” It was very strange to see a corkscrew, hold one in my hand. The last cork oak died forty years ago from that terrible oak fungus that ravaged Portugal and Spain. Quercus suber — all blight and no bark.

Next to some famously overblown wine glasses that had broken, there was a moldy old book titled “Natural Wine.” My eagle-eyed son noticed that the author had some initials after her name.

“The MWs were a strange cult, son, born in what they used to call the United Kingdom, which is now part of Germany Land. The MWs were a secretive group with many bizarre wine rituals and beliefs. In order to become an MW you had to take a vow of poverty and spend all of the money you had on expensive and fatuous wines. Small groups of MW acolytes would gather and drink their fatuous wines, which they placed in ceremonial brown bags — rather like ancient Christians would repent by wearing sack cloth. The MW candidates felt shame at consuming their rare and expensive wines, but the ritual made them feel important and possessed of wisdom and knowledge. In other words, they were royally pissed and thought what they were talking about was actually important. After many years of these secretive rituals, where they symbolically swallowed all of their worldly worth, the elders of MW would subject them to testing. Many failed candidates equated it to being taken aboard an alien spaceship and subjected to endless probes. The few who played along were then indoctrinated into the cult and given the letters ‘MW’ after their name.”

“No one knows, son. And then one day they were all gone. There was an MW Rapture. No one noticed for ten years.”

“Well, it was 2015 and people had ruined the planet. Climate change had begun — back then they were making wine in Northern California, if you can believe it. Now it’s just abandoned outlet malls, but once rich men grew coveted Cabernets there — that’s why all those castles and shrines are in Napa Valley. But they went the way of the pharaohs — buried with all their expensive toys in shrines to themselves. But back then, wine people began to believe that wine was better if it was ‘natural.’ Manmade was bad; natural was good. I don’t know, it was like people who gave birth in bathtubs thought that was better, made for happier, kinder people. It was something of a denial of how things really work. The folks who preached for natural wines were just wine’s Amish people.”

And with that, I’d had enough of the 2015 wine time capsule. I was late for my 2212 Icelandic Shiraz tasting.