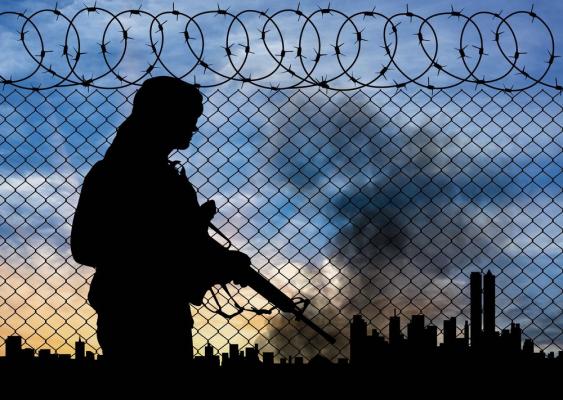 The threat of global terrorism has finally reached the wine business. Wineries, importers, sommeliers, wine writers— all have found themselves under siege from various loosely organized but determined groups of wine terrorists. Each of these groups has an agenda and is unafraid to use violence, force, and even weaponized Coravins to make themselves heard. It’s a story that the wine press has been reluctant to cover for fear of reprisal, but I’ve spent the last few years infiltrating the secret online hangouts and covert terrorist wine bars (some have fantastic wine by-the-glass selections, and often serve the wines in the new Riedel “Suicide Bomber” stems which self-destruct after each use) where terrorists meet and plot their attacks. In order not to arouse their suspicions, I often posed as someone completely ignorant of wine, using the initials CSW after my name as proof. I carried a dog-eared copy of “Wine Folly” under my arm and wore a T-shirt with the words, “If God exists, She’s Jancis” in multi-coloured sequins. Nearly all the terrorist organizations attempted to recruit me, and several told me I rocked the T-shirt.

One notorious terrorist organization, PETA (People for the Extermination of Toxic Analysts), has been holding James Suckling hostage for more than six years now. Under threat of torture (perhaps a comprehensive tasting of Pinotage, or tasting en primeur with Neal Martin) Suckling has been forced to produce embarrassing video after embarrassing video. These are clearly cries for help. Yet when PETA threatened to behead Suckling on a live YouTube channel, they simply became more mainstream, providing quality entertainment for wine lovers. It was only when they promised to keep producing more videos featuring the beleaguered Suckling that people became genuinely afraid for their sanity. What’s not widely known is that PETA has been actively trying to return Suckling to civilization for about a year but, well, there haven’t been any takers.

Several years ago, masked gunmen broke into the offices of Decanter and demanded the editorial staff begin using the 100 Point Scale. Wielding automatic weapons and shouting, “Allahu Parker” (loosely translated as “God is great”), these terrorists threatened to kill each and every Decanter reviewer one at a time by waterboarding them with cheap Prosecco, a fate known in Italy as “wedding reception,” if the magazine didn’t immediately drop the stupid 20 point scale for the embarrassing and quintessentially meaningless 100 point scale. I think we all remember how Decanter acquiesced. Sympathetic Londoners turned out by the dozen to protest, carrying signs that read, “Je suis Andrew” and “You think this is bad, wait until Brexit.” The mysterious gunmen were never captured, and the terrorist organization that carried out the attack never came forward to claim responsibility. Many experts think it was a loose group of disgruntled former Decanter critics, which is to say all of them, which operates under the name Al Qaeholics.

Another secretive wine terrorist group has made it their goal to bring down the fine wine auction market. One of the rare successes for law enforcement against wine terrorism occurred when high-ranking wine terrorist Rudy Kurniawan was apprehended with a houseful of equipment used to produce fake wines. Kurniawan is now serving a sentence in a United States prison, which now that Trump is President is entirely redundant. Kurniawan won’t betray the terrorist organization that he worked for, but the group is one of the oldest wine terrorist groups still in operation. After many years of undercover work, I was able to infiltrate this highly secretive organization. What a blast! I mean, you can’t even imagine how much 1947 Cheval Blanc and Dujac I drank. I felt like Jay McInerney — really puffy. The group, which calls itself Akbar Merrall, has flooded the auction market with fraudulent wines, but instead of destroying the fine wine auction market, its stated goal, it has fueled even higher profits in the industry. The group can’t keep up with the demand for its fake wines from buyers all over the world who, it turns out, don’t care about provenance as long the label looks good and the auction house pinky swears it checked the wine’s sources. It’s estimated that around 40% of the finest wines sold at auction are products of the Akbar Merrall terrorist organization. They’re the wines that still taste good. Akbar Merrall might be the least successful terrorist group, but, hell, they throw a great party. Well, they’re no Boko Haram, but, still, a good time is had by all.

You may have noticed how many terrorists are now Certified Sommeliers, and vice-versa. For years, the group FearSomm has sent its members to pass sommelier exams and work in some of the world’s finest restaurants, especially in New York. It recruits its ranks from adolescent wine chat rooms, a description that fits all of them. Once a member of FearSomm secretly becomes a working sommelier, he or she works diligently to make restaurant patrons fear sommeliers and then actively hate them. The group currently employed has done wonders promoting that agenda, even making films and television shows that are harrowing and terrible to watch. The next time you dine out, remember that there’s a good chance your sommelier is a dangerous terrorist. The orange wine by-the-glass is a dead giveaway. And For God’s Sake, don’t send any wine back! Many patrons have been trepanned with a Coravin as a result of such risky behavior. The good news — you’re brain is still good for months!

Wine terrorism is no laughing matter. I think I’ve proven that with this piece. Over the past decade the wine industry has attracted more and more people living on the fringes of society, people with nothing to lose, people who live in the shadows and actively hate modern wine society, most of them nominated for Roederer Wine Writing Awards. Wine terrorists are unafraid of using outrageous and dangerous practices in order to further their agendas. Many have stooped to dangerous chemical attacks. One furtive group has infiltrated the vineyards of Natural Wine producers in the Piedmont and sprayed RoundUp everywhere. Producers are now required to label their dessert wines Vin Monsanto.

As a wine society, what can we do? Don’t give in. Continue to drink wines with a healthy dose of skepticism. Is that really a bottle of 1959 Margaux I just bought at auction, or am I just another Koch sucker? Does “Decanter” really think this wine is a nearly perfect 98 points, or is there someone holding a loaded Prosecco to their heads? Is Suckling out of his mind, or is his mind being held at an undisclosed location somewhere in Syria? If we aren’t diligent and skeptical of what we’re told by people in the wine business, be they winemakers, writers, auctioneers or sommeliers, then the terrorists win.