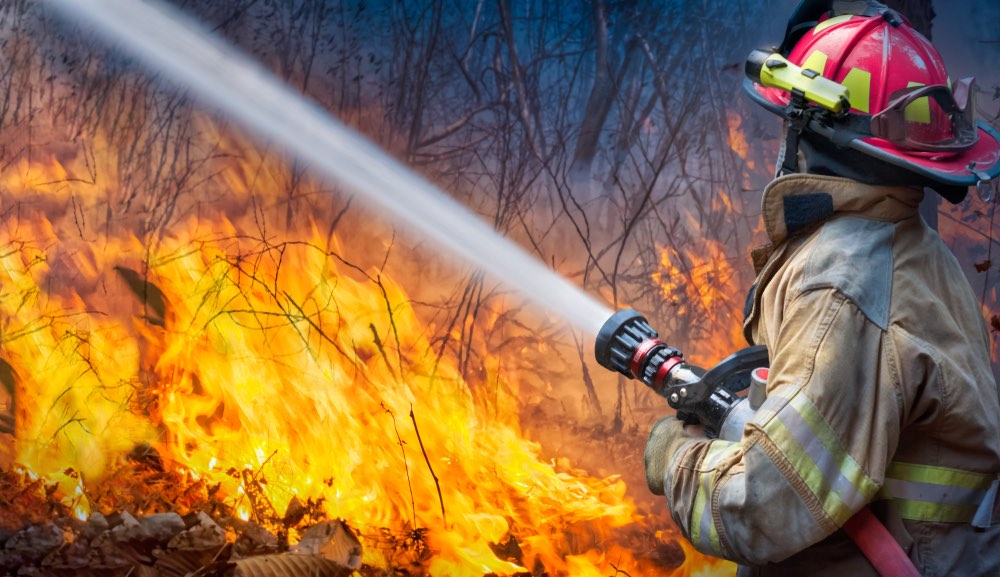 I write in a time of ashes. Not only have certain political dreams and projects recently gone up in smoke; the destructive fires have been raging more literally, all across the planet, and more specifically the wine world, from New South Wales to the Western Cape to California. A week or so before Christmas, as the worst bushfires in living memory burned around Sydney, the news came of the destruction of the Lismore winery in South Africa. A couple of weeks later, fires destroyed some of Australia’s most prestigious vineyards in the Adelaide Hills. Blazes in California have claimed scores of lives and razed several wineries over the past couple of years.

To say the wine industry is challenged by climate change is an understatement. But then how could it be otherwise? Wine, as maybe the most sensitive and finely nuanced of all agricultural products, stands on the front line of the changing climate. But when the philosopher Martin Heidegger, drawing on the poetry of Hölderlin, described wine as the marriage of earth and sky, he was imagining a holy sacrament, in which the life-giving forces of sun and rain nourished and fructified the earth-rooted vines. He was not thinking so much about an atmosphere and a climate destabilised by anthropogenic greenhouse gas emissions.

A changing climate is already redrawing the wine map. One of the positives is the emergence of southern England as a source of high quality traditional method sparkling wine. In some of the most northerly traditional viticultural areas of Europe, especially Germany, also Alsace and Austria, warmer growing seasons have largely been a boon. Who would have guessed two or three decades ago (certainly not this writer) that the Maximin Grünhaus estate in the cool Ruwer valley near Trier would be producing fine Pinot Noir in the 2010s?

Elsewhere though – in southern Europe, in California, in Australia, in South Africa, even in some of the traditional heartlands of European wine – the changes in climate, both actually occurring and projected into the future, take on an alarming tinge. A paper published in Proceedings of the National Academy of Sciences of the USA in 2013 forecast drastic declines of around 80% in production in Bordeaux, the Rhône, Tuscany, California and Australia, assuming an admittedly pessimistic 4.7 degrees Celsius of warming. Even forecasting a more modest 2.5 degrees Celsius of warming, some of the projected declines are startling (around 50% in California, over 50% in Mediterranean Europe and “Mediterranean” Australia).

This paper was looking at quantity rather than quality. Already in parts of Burgundy and Bordeaux, very high summer temperatures are leading to extremely early harvests and high levels of alcohol, challenging traditional notions of “typicité”. In 2019 Bordeaux sanctioned the planting of limited amounts of seven “experimental” varieties including Touriga Nacional, Castets and Albariño in the Bordeaux and Bordeaux Supérieur appellations.

You would imagine it was impossible, therefore, for the wine industry to be in denial about climate change. Amazingly, though, certain parts of it, to all practical intents, still are, and other segments, while not actively in denial, prefer to keep pretty quiet about the subject.

The most dramatic, almost lurid, examples of both these tendencies are found in association with the increasingly intense wildfires in California and Australia. A Guardian piece by Brigid Delaney described a wine-tasting event held on a beach near Sydney in December under a pall of smoke from the bushfires. Pairing exquisite canapés with Pinots and Chardonnays seemed to her almost obscene as flakes of ash from incinerated ancient forests fell into the stemware.

When Dan Petroski, winemaker at Larkmead and Massican in the Napa Valley, published a hard-hitting op-ed in SevenFiftyDaily suggesting Napa might shift into Winkler Scale Zone 5 within 20-30 years, and that certain classic varieties including Cabernet Sauvignon might have to be replaced, his remarks were not universally welcomed in the region. They contrasted with the much more equivocal remarks about climate change on the Napa Valley Vintners website, warning against doom-mongering. “The Napa Valley finds it hard to look at the future,” Petroski told me. “A lot of people aren’t willing. We need to prepare for the future, in an optimistic American spirit of resilience.” To that end, Petroski has just started a planting programme for Larksmead involving Mediterranean varieties such as Tempranillo and Touriga Nacional. He suggests these varieties could provide “a runway for Cabernet Sauvignon”.

One can have sympathy, up to a point, with those not willing to look too far ahead. The livelihoods of winegrowers and many others in the hotel, restaurant and tourist support trades are at stake in places such as the Napa and Hunter Valleys. No-one wants their beloved home wine region to be portrayed as a raging inferno.

Climate change, however, is bigger than any one particular industry, region or country. Given that this is an existential challenge for the whole of humanity, and that the wine industry is particularly exposed and sensitive to it, wouldn’t a braver and wiser course for wine producers be to face up to  the dangers and risks, as well as the opportunities (planting in high, cool, mountain zones, dry farming, using the full gamut of grape varieties)?

A good example was given in Bordeaux in 2017 when Véronique Sanders, director of Château Haut-Bailly in Pessac-Léognan, gave an address to the Académie Internationale du Vin confronting the challenges ahead, with no ostrich-like burying of the head in the sand. She cited the increase in the average air temperature in France (more than one degree Celsius in the past century, continuing at an accelerating rate) and included a chart showing vintage dates in Châteauneuf-du-Pape coming forward by nearly a month between 1945 and 2012.

She also referred to adaptive measures include increasing the number of bunches per vine, delaying the vegetative cycle using rootstocks which delay ripening, and introducing new grape varieties. Merlot, she said, may struggle in the future; Petit Verdot is already making a come-back.

Complacency, if not outright denial, about climate change, after all, is a large part of what has got us into this mess. The wine industry, on the whole, is probably not so different from the rest of us, struggling to take in the enormity of the challenge which confronts us, waiting for some decisive action to come from somewhere but preferably not from us. Someone, or some industry, has to take the lead. Wouldn’t it be rather inspiring for the wine industry to assume that role? To be honest, it may not have much choice.