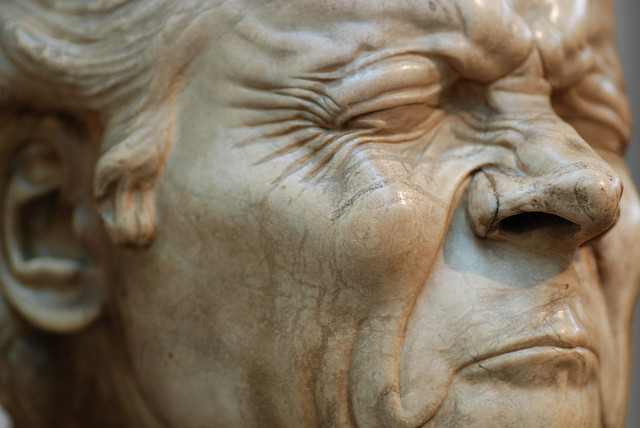 When visiting an art gallery, I prefer to wander alone rather than in company. To be left to think, for as long as it takes, in front of any image that draws me in. Talking about the visit is best left to the cafe at the end over coffee and cake. Wine, however, I prefer to drink in company. You can discuss it to a degree, but part of the experience is impossible to express in words, which makes the sharing of it more intensely personal. There is communion even in secular sipping. This is why losing your sense of smell is such an alienating experience, especially for wine lovers.

I caught a cold a few weeks ago. It started on Friday 13th to be precise; sometimes fate has all the subtlety of a trombone. Like most people, I’ve lost my sense of smell before when ill, for a few hours or even a day. But after the fifth day of no smell, I started to feel a bit concerned, which led me to break the first commandment of being ill: thou shalt not look up thine symptoms on the internet. It turns out many cases of anosmia (the loss of the sense of smell) start with something as simple as a cold. Sometimes the effects are permanent. And anosmia, it turns out, is just one of a whole dysfunctional family of smell disorders.

There are multiple causes and anyone can be affected. Upper respiratory tract infections, nasal or sinus diseases, head injury… it can also be a precursor to Alzheimer’s disease, Parkinson’s disease and brain tumours. It might even suggest an increased likelihood of death within five years. The death thing was a bit of a worry, but the thought of never being able to smell a glass of wine again was terrifying. Not just because I would miss the sheer pleasure it brings, but most of my social contact, I realised, takes place around wine. Without it, the world would be a lonely place. Job, income, hobby; all gone in a sneeze. By the sixth day without smell, the world felt strangely flat and obvious, at the same time both strip-lit and numbed. No wonder nearly half of those with long-term smell and taste disorders suffer from depression.

Anosmia is a dreadful affliction but there are related conditions that are even crueller. Fragrance writer and beauty blogger Louise Woollan knows this better than most. She contracted anosmia after catching a cold a year ago, just three months after being nominated for an award for her fragrance writing. “The irony isn’t lost on me,” she acknowledges.

The three months of anosmia she suffered were followed firstly by phantosmia (perceiving unpleasant smells that don’t exist), then parosmia (some sense of smell, but real smells are distorted into unpleasant ones) and the worst of all – occasional cacosmia. That’s right, she says; “everything smelled like shit”. Wine usually tastes “flinty, muddy, like feet… But I can still drink gin, for which I’m very grateful. Mulling wine is good too. Mulled Champagne is interesting.” Coffee, chocolate and cigarette smoke are particularly unbearable however. Some smells have made her physically sick.

There has been little professional research into parosmia, and the condition is hard to treat. The best option is a saline sinus rinse to alleviate the symptoms, but there is no cure. Doctors have been broadly unhelpful; one even told her there wasn’t much she could do except look forward to the day she’ll be able to laugh about it. “The major problem is that people don’t think it’s serious, but they don’t realise how crippling it is.” Alongside her beauty blog, she also writes a blog about her parosmia experiences. It can be dangerous; she can’t tell if food has gone off, or smell when things are burning.

The olfactory nerve is unique in that it’s the only part of the nervous system that’s open to air – and in that it’s constantly regenerating. That she can smell at least some aromas, no matter how unpleasant, is a good sign as it means that her olfactory nerve might be repairing itself. Crucially she has recently identified a few aromas that she can detect undistorted, particularly iris and violet. She is developing these into a perfume to raise funds for Fifth Sense, the charity for people affected by smell and taste disorders. But she admits it’s unlikely her sense of smell will ever return in its entirety. “It’s surreal. Nothing is familiar any more. My husband doesn’t smell the way he used to. I don’t smell the way I used to.”

To any individual, disorders of smell and taste can be distressing and debilitating, but to those devoted to food, wine or fragrance it can be devastating. After seven days, my sense of smell returned; I woke up and literally smelt the coffee, to an almost deranged outburst of relief. Woollan has 500 bottles of perfume at home, all sitting unused for now. But hopefully they will gradually regain their fascination.

Most wine lovers also have a collection of bottles that are waiting for the right moment to be opened. Each one represents potential delight waiting to be realised, an evening’s entertainment, a message in a bottle. Often what we really mean by ‘the right moment’ is ‘the right person to drink them with’. And it is this connection and shared joy that we would really lose if we lost our sense of smell. It’s a gift that feels all the more precious when you realise how easily this can happen, and all the more precarious that’s there’s little you can do to keep it safe.