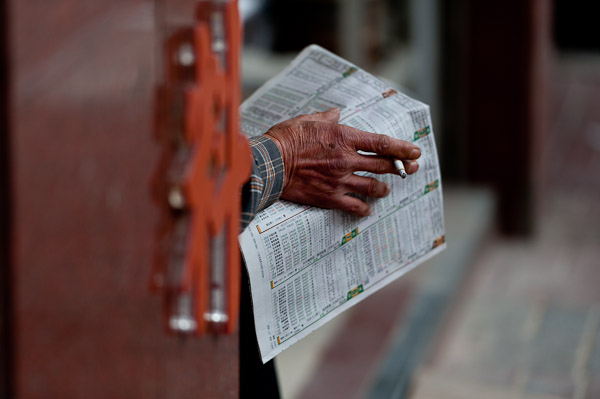 The attendance of Robert Parker, the world’s most influential wine critic, may have garnered the pre-conference headlines, but the most eagerly awaited panel at Wine Future Hong Kong 2011 was the one dedicated to selling wine in Asia.

The presence in the line up of Don St Pierre Junior and Ian Ford, respectively CEO of ASC Greater China and managing partner of Summergate, merely added to the frisson of expectation. These two Americans run two of the largest wine importers in main land China and are rumoured to be barely on speaking terms. As it happened, there were no Alexander Lebedev-style fisticuffs on stage; clearly rivalries are conducted in a more orderly fashion in China.

With respect to the other markets discussed (Japan and India), it was China and Hong Kong that everyone wanted to hear about. Debra Meiburg MW, one of the latter’s leading commentators, tried to dispel a few myths. Hong Kong is increasingly described as the fine wine capital of the world, but there’s more to the region than Lafite, Latour and Margaux. “Only” 17% of sales are fine wines. “There’s a very healthy middle market,” she said.

The broader picture Meiburg painted was one of considerable opportunity, both for producers and Hong Kong-based companies. Supermarkets are very weak (with only 2% of the market), which leaves a lot of room for merchants, and the restaurant sector is under-developed. E-commerce is in its infancy and, apart from France and Australia, no exporting countries are significant, yet.

That said, France’s most famous wine region, Bordeaux, may not continue to enjoy its favoured appellation status for much longer, according to Simon Staples, recently installed at Berry Brothers’ Hong Kong office. “As a company,” he told me, “30% of our 2009 Bordeaux en primeur sales were to Hong Kong. In 2010 it was only 5%. Bordeaux has to respect the market or it could lose it for ever.”

How much of the fine claret that is purchased in Hong Kong remains there is anyone’s guess. With duty rates of 0%, compared with 48% in main land China, there is a significant but unquantifiable amount of smuggling between the two. Don St Pierre called it “massive”, a sentiment echoed by Ian Ford.

Both spoke about lack of regulation – ironic in a totalitarian, single party state – in the Chinese wine industry, especially among the 20,000 local importing and distributing companies that have set up in the last four years, seeking to cash in on what Ford called the vinous “pot of gold”.

Fake wine and poor storage are only two of the issues that China needs to address.

The Chinese market is still dominated by “domestic” wines (many of them legally containing bulk wines from elsewhere) but this is declining. Four years ago, it accounted for 95%; today it is 75%. The price of such wines is steadily increasing, from less than £3 a bottle (30 RMB) then to somewhere closer to £4 today. China has also begun to develop a “premium” domestic sector at £9 or more, although the difference between the two frequently reflects an investment in packaging and advertising rather than wine quality. “It’s sometimes the same wine rebranded,” commented St Pierre.

This hike in prices of has narrowed the gap between domestic and imported bottled wines. The latter are no longer viewed as too expensive, a perception that is fuelling a boom in sales. China imported 16.5m cases in 2010 and, remarkably, looks set to hit 22m this year. A conservative estimate is that it will reach 100m within 15 years. Cristian López of Concha y Toro thinks that China will be importing as much wine as the UK (currently 125m cases) by 2020.

You can see why wine producers want to sell to China, tempted by what Ford called its “siren song”. There are currently 50 cities with more than a million people and in Shanghai, the most westernised of them all, one in every 175 people is a millionaire. The wine industry used to be concentrated in four coastal cities – Beijing, Shanghai, Guangzhou and Shenzen but now, Ford continued, there is an “explosion in demand and activity across the country”.

And yet the route to this complicated, fragmented, poorly regulated market is full of potholes and elephant traps. One New World winery shipped 45% of its production to China, tempted by the blandishments of a local importer, only to find that it couldn’t get its wine out of bond for months. The high duty rate is a problem, too, although it’s possible that the government will switch from taxing wine by value to volume before too long, partly to reduce smuggling.

But the problems don’t change a simple fact. At a time when consumption is declining in most major markets, many producers see China as the future of their businesses. The ultimate winners and losers may be unclear right now, but that makes things even more exciting. Everything is to play for.