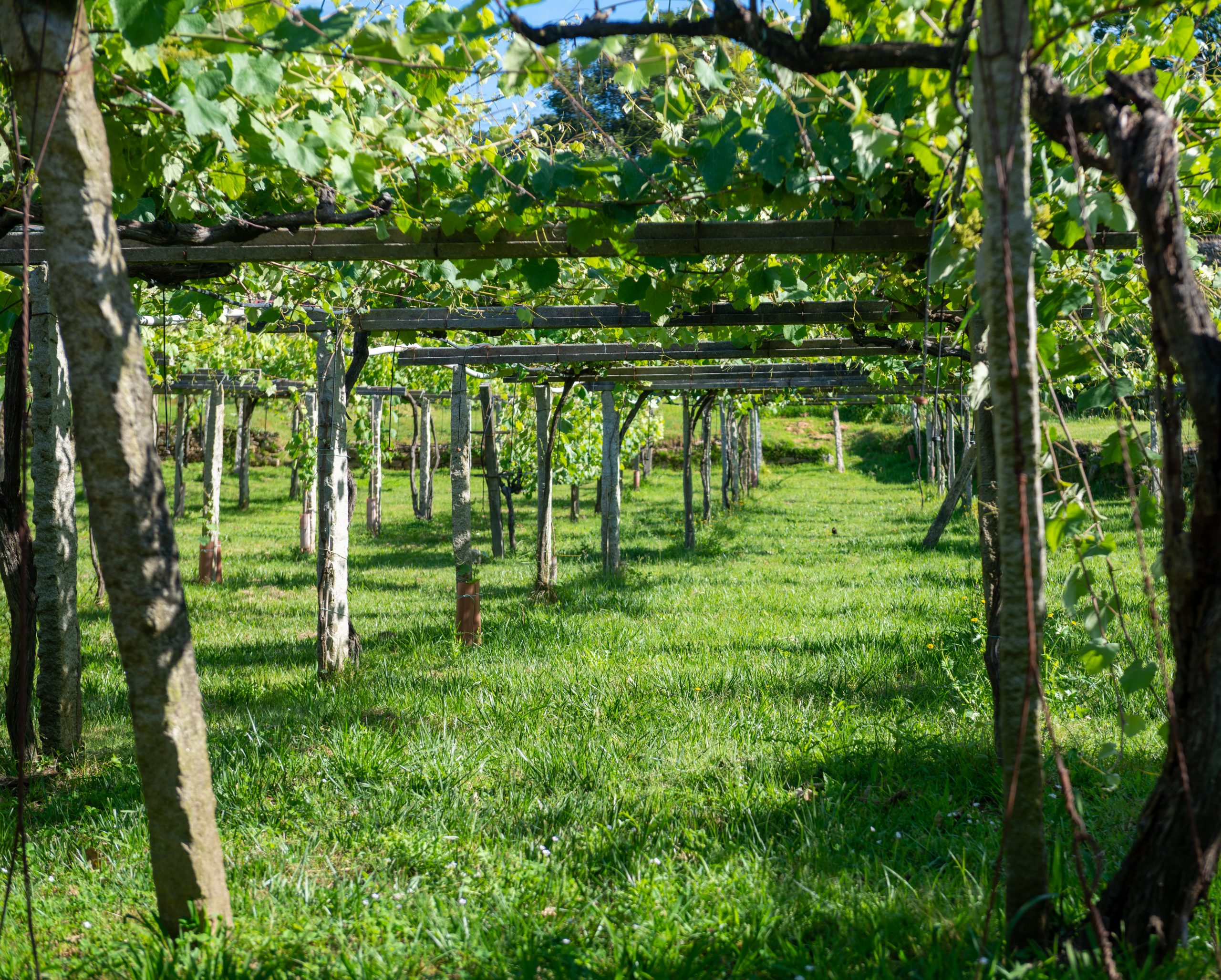 In English, it’s just drizzle. In Spanish, it’s more graphic. The literal translation of “calabobos” is something that soaks fools. Rather than a downpour – the sort of weather that sends you scurrying for a doorway – it’s the kind of rain that you barely notice, the stuff that drenches your clothes, drip by drip by drip.

Rías Baixas is one of the wettest wine regions on earth, a place where 1,100mm of precipitation is considered a dry year, and it too has a way of getting under your skin without you noticing. Only this time, the experience is much more enjoyable, drawing you into the landscape, the food, the people and the wines. Spend a week here and you can see why Galicians who live overseas talk of “saudade”, of homesickness.

The first time I visited Rías Baixas was in 1997. It’s remarkable how the region has grown. Twenty-five years ago, there were three sub-regions – Val do Salnés, O Rosal and Condado do Tea. Now there are five, with Ribeira do Ulla and Soutomaior added to meet worldwide demand. The number of bodegas has mushroomed from 132 to 181, and plantings have almost trebled to their current 4,200 hectares. One local source predicts that the figure will top 6,000 by the end of the decade.

Albariño has been grown in Galicia for centuries, but it wasn’t always the dominant variety. In the early 1970s, long before the Rías Baixas Denominación de Origen was created in 1988, red grapes outnumbered whites by a factor of four to one and Espadeiro held the top spot. These days Albariño accounts for 95% of plantings, way ahead of the other dozen permitted red and white varieties. The boom began in the early 1990s and shows no sign of abating. Galicians proudly talk of the diversity that exists in their vineyards, but there are many where Albariño is a mono-culture. However good the other wines may be – and the best reds and white blends are really exciting – it’s Albariño that drives demand.

Albariño is responsible for some of Spain and the world’s greatest and longest-lived whites. I recently tasted a remarkably sprightly 1997 Pazo de Señorans Selección de Añada that would make a lot of white Burgundies blush. But it’s also a variety that has entered the mainstream and continues to attract new drinkers: less obvious than Sauvignon Blanc, less bland than Pinot Grigio, less austere than Riesling, fresher than Chardonnay.

Rías Baixas’s greatest asset is also surprisingly diverse. It can be oaked or unwooded, fruity and easy going or structured and dense, made with or without skin contact, allowed to go through malolactic fermentation or not. Most of them are bone dry, but I’ve also tasted sweet, orange and sparkling versions of Albariño. It’s a one-man band of a grape.

There are also huge differences between sub-regional styles, influenced by soil type, altitude, rainfall, sunshine hours, vineyard orientation and proximity to the rivers, estuaries and the Atlantic Ocean that are such important features of Rías Baixas’ unique terroir.

Individual winemakers interpret the grape in their own way, too. Taste a line-up that features bottlings from some of the best – Albamar, Fefiñanes, Forjas de Salnés, Lagar de Costa, Notas Frutales de Albariño, Pazo de Señorans, Santiago Roma and Zárate are my favourites – and you begin to understand the complexity and nobility of Albariño.

Are there any clouds on the horizon for Rías Baixas? Climate change is one. Andrew McCarthy of Castro Martín describes the weather in recent vintages as “topsy-turvy”. But despite the comparatively dry growing season so far in 2022, it’s hard to see Rías Baixas resorting to irrigation any time soon, let alone switching en masse to organic viticulture. Overall, the warmer summers and autumns, like the lower rainfall, have been a boon for the region, but it’s still a pretty wet place.

A bigger potential problem is that Rías Baixas could become a victim of its own success. Demand for land and grapes is so intense that the price of both is spiralling. The arrival of Vega Sicilia, Spain’s most prestigious bodega, has been one factor, but most of the increases are driven by scarcity. In 2020, grapes sold for €1.50 a kilo; this year, one big company has already signed contracts to pay its growers €3. Producers will be forced to ask more for their wines or lose money. Consumers are prepared to pay more to drink Albariño, but how much more? Over the next few vintages, we’re about to find out.