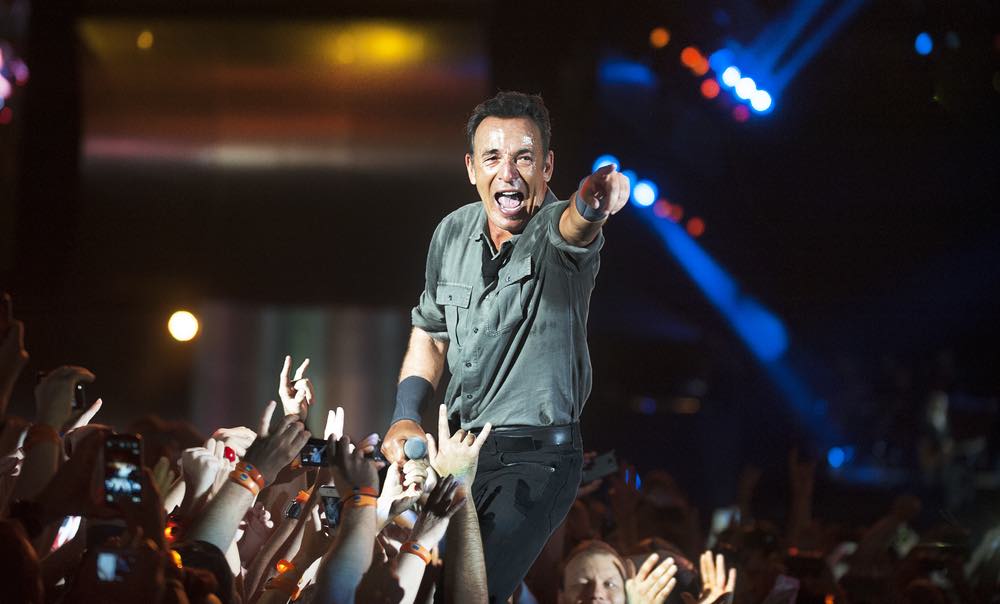 It was a surprise win, given its mixed reviews and the problems that occurred during filming, but anyone who’s seen, enjoyed and sung along to Bohemian Rhapsody will be glad that the Queen biopic of the same name and its star, Rami Malek, took two of the top awards at this week’s Golden Globes in Los Angeles, generally considered a dry run for the Oscars.

Among other things, the film dramatises what are euphemistically referred to in the music business as “creative differences” between the band members. Sometimes they just end up despising each other – The Beatles’ Let it Be is a toe-curling documentary – but more often a break up occurs when the singer/songwriter/recording star thinks he or she has outgrown the confines of the group. Think Sting and The Police, Peter Gabriel and Genesis, Debbie Harry and Blondie or, if you must, Gary Barlow and Take That.

It doesn’t have to end in acrimony, of course. Reading Bruce Springsteen’s brilliant autobiography, Born to Run, it’s obvious who has always been in charge of the E Street Band, its members and its musical direction, but the Boss consistently talks about the power of the collective, how one plus one doesn’t have to equal two. “Artists…are paid to turn that math on its head, to rub two sticks together and bring forth fire. It’s all about what occurs when musicians of similar background come together in a local gumbo that mixes into something greater than the sum of its parts.” Give or take a few changes of personnel, the E Street Band have been together for nearly half a century.

The power of the collective is under-rated in wine circles, too. One of the many things that I enjoy about the International Wine Challenge – and other group tastings that I’m part of – is working alongside other professionals with different experiences and skill sets. I’ve got as big an ego as anyone on the judging circuit, but even I don’t think I’m always right. What’s more, I’m constantly learning from other tasters whose palates I respect. Is this a good example of a Georgian orange wine? How much residual sugar is acceptable in an Amarone? When is “struck match” reduction deliberate and when is it a fault?

Wineries, too, have their front men and women. More often than not, they are called winemakers, but some of them are minor celebrities. One of the biggest changes in the world of wine over the last 30 years has been the increased focus on a single individual as the embodiment of a brand and the rise and rise of our industry’s rock star equivalents. This makes a degree of sense in a small enterprise, where a single person and his or her family member do all the work, but can be dangerous when the association is too strong.

At the height of his fame in the 1990s, when life-size cardboard cut outs of him were displayed in wine shops, the Australian winemaker Geoff Merrill was one of the most famous faces in the country. But his celebrity wasn’t always a boon. People would turn up at his winery in McLaren Vale and, if the man himself wasn’t there to welcome them, go home without tasting a thing. More recently, it won’t be easy for Cono Sur to overcome the loss of its general manager and winemaker, Adolfo Hurtado, who left the Chilean winery last year. To many wine lovers, he was Cono Sur, however capable the team around him.

Wine is such a fiercely competitive business – and the large 2018 crops in many parts of the world will only make it more so – that you can see why companies want to personalise it. But it’s seldom a reflection of reality. Wine production, like a good rock band, is a team effort that begins with long hours of drudgery in the vineyard and ends with someone flogging a bottle to the end customer.

Decisions that crucially affect the style of a wine – picking dates, fermentation temperatures, maceration times and the choice of oak – may be taken by a single person, but dozens and sometimes hundreds of people play a part in a wine’s progress from grape to glass. That’s why it’s right to emphasise the human element in terroir and not just on a here-and-now basis. The style, identity and DNA of great wines are not created in an instant; very often, they are the amalgam of years, decades, even centuries of collective effort.

This article first appeared in Harpers