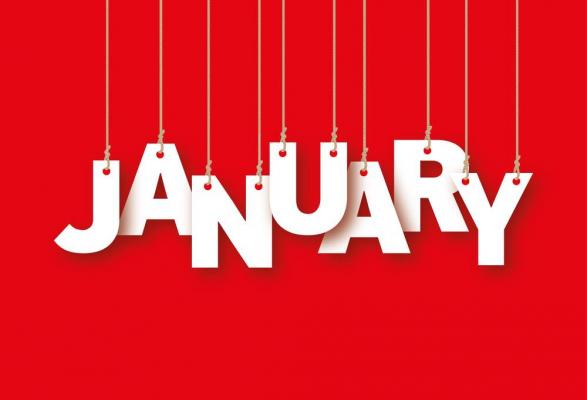 27 Wine is as good as life to a man, if it be drunk moderately: what life is then to a man that is without wine? for it was made to make men glad.
Book of Ecclesiastes, The Old Testament

Of all vices, drinking is the most incompatible with greatness.
Walter Scott

“If that’s how you feel, maybe you’re in the wrong industry”. I had just said, to a wine trade friend, that I thought our industry was in denial. We are complacent, and we are ignoring a gathering storm. We think wine is excluded from the associations of danger and damage that are increasingly attached to alcoholic drinks. And we are coy about discussing the little pinch of vice that is part of the allure of wine – and of every adult pleasure.

One wine retailer whose blog I read attacked “#DryJanuary”, the initiative encouraging us to give up alcohol in the (already) cruelest month.  The blog was scathing of #DryJanuary participants, and invoked the financial ruin they were bringing down on their local: “…shut down every pub, restaurant and bar for a twelfth of the year why don’t you…” Another tweeted “…don’t be a sheep – #Tryjanuary”. I like #TryJanuary as a witty counter-cry, (and #Ginuary for that matter), but let’s not fight, people. Social media have been full of either ridicule or smugness.

Calling out Virtue Obtrusion, in an 1800s ‘Freshers Guide’, courtesy of The Tab.

According to Alcohol Concern, five million people took part in the “annual movement” that is Dry January. The “movement” term is telling, because political and social change is exactly what Alcohol Concern, and their principal funder, Alliance House Foundation, want to achieve. Alliance House Foundation is a temperance body, founded in 1853 to bring about prohibition in the UK.

And there is #Dryathlon, a fund-raising initiative from Cancer UK. A worthy cause, and a reminder – if you needed one – that increasing alcohol consumption is one of the factors for increasing risk of cancer. The Dryathlon webpage speaks of will power, gauntlets, and “Dry Athletes”. The assumption is of a relationship with alcohol so toxic, and so one-sided, that it is a feat of Olympian glory to master it. And Increasing numbers are rejecting the relationship entirely:  1 in 5 adults in Great Britain don’t drink.

The quiet moral accusation in these campaigns is as old as drinking. Humans have been conflicted about alcohol for millennia. In the Old Testament, Ecclesiastes, the original self-help book, praises wine, but counsels respectful interaction, or else:
Shew not thy valiantness in wine; for wine hath destroyed many.
26 The furnace proveth the edge by dipping: so doth wine the hearts of the proud by drunkeness.
…
But wine drunken with excess maketh bitterness of the mind, with brawling and quarrelling.
30 Drunkenness increaseth the rage of a fool till he offend: it diminisheth strength, and maketh wounds.

The temperance movement of the 1800s grew out of the social works of the church – understandably, given the ruin that cheap gin brought to the poor. Religious antipathy to drinking endures. My great grandfather – a Baptist minister –  preached abstention from his modest but impassioned pulpit, and many of my extended family do not drink and regard my career with concerned pride.

So, am I with the bad guys? I never thought so. Our industry supports Drink Aware and The Portman Group which promote responsible consumption and marketing. The WSTA has led an initiative to remove 1.3 billion units of alcohol from the market. Its extensive social responsibility program delivers community outreach in the UK, and international partnerships. One such partner, Wine in Moderation, spreads its message of “Wine, only in moderation” through a global network, and stresses wine’s special significance as an “As an enduring cultural symbol of fine life”.

This idea of wine as classier than other booze is old and persistent. The Homeric epics are full of references to the symbolic and cultural power of wine. And, as The Daily Mash puts it, “People discovered who drink wine for its flavour”.

I’ve always felt instinctively that wine is different. It is a deeply capricious and inefficient alcohol delivery system, capturing that wistful knife-edge that is at the heart of all aesthetic pleasures. So, I am constantly gladdened by the meaning and connection and conviviality, and the story.

But it also, to paraphrase the divine Mash, gets you pissed. And humans like that. Be honest – even the most ardent wine purist loves the buzz of the first glass, as your playful daemon uncurls and wakes up in the back of your neck. The ancients called it “Entheos”, that possession by the god of abandon. Just one of the many transformative associations of wine have made it symbolic, or alarming, for humanity. And (despite the admonishments of Ecclesiastes and the Advertising Standards Authority), the entheic mastery of heavy drinking is still admired, down the pub, in our artists, and yes, in the wine trade.

But conscious consumption, with occasional outings for the daemon, are better, for me, than grim denial for one month and hammering it for eleven. And in our trade, and our lives, we must stop this polarisation of drinker vs non-drinker. The customer who buys a Chianti for Friday night is increasingly likely to be after a characterful non-alcohol alternative for Monday. The Whisky Exchange is offering Seedlip, the ‘non alcoholic spirit’ marketed with the bravura and provenance of a premium gin brand. “Mindful drinking” is a millennial movement, and it is broader, more philosophical, and more hedonic than the old temperance. We need to pay attention.