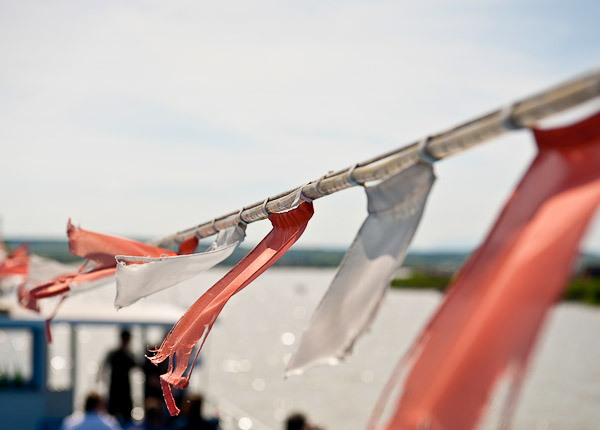 Like most national stereotyping, it’s a little off the mark in some instances — we Brits are arguably better at food than policing these days — but it contains some truths, too. I went to an event in southern Tuscany a couple of weeks ago and it would have benefited from some German efficiency. Buses left 40 minutes late, there was no tasting booklet, the wines were too warm, the dinners were interminable and there were no glasses inside the hall.

Contrast that with the 2011 Austrian Wine Summit, which took place in the heart of Old Europe last week. It was organised by Austrians, rather than Germans, but it was hard to tell the difference. I don’t think I’ve ever been to a better-run event. There were three different tour buses visiting different parts of the country and all 150 odd visitors came away happy and better informed.

The printed literature was great (no puff, just hard information and good maps), the tastings were manageable, informative and well thought out, the programme combined vineyard and cellar visits with a little tourism, the meals were mostly delicious and the parties were relaxing. They should patent the model and sell it.

I hadn’t been to Austria for a few years. It’s a country I know reasonably well, but I wanted to spend time in the red wine areas as I’m more familiar with white wine regions like the Wachau, Kremstal and Styria.

I’ve been critical of Austrian reds in the past, finding many of them too oaky, but I’ve had some much better examples recently, not least at the 2011 International Wine Challenge, where the 2008 Zweigelt Granit, Weingut Kurt Angerer and the 2008 Panta Rhei Blaufränkisch, Schwarz Velich won gold medals.

Our first tasting was in Göttelsbrunn in Carnuntum , where we sampled 17 Zweigelts. This is Austria’s most planted red variety, with 14.11% of the national total. It’s grown all over the country, but the oldest vines are concentrated in Carnuntum and on the eastern shore of the Neusiedlersee. The grape was created from a crossing of Blaufränkisch and St. Laurent in the 1920s and it’s generally my least favourite of Austria’s leading trio of red grapes.

So it proved here. Most of the wines were 2009s and many seemed a little raw, with marked tannin and acidity and not enough fruit. Clumsy oaking was an occasional problem, too, although three wineries stood out: Netzl, Pitnauer and Böheim. As a rule, the lighter and juicier the wines, the more I enjoyed them.

I liked the Zweigelts from the Neusiedlersee, the most easterly part of the Burgenland region, considerably more, particularly those with a little more bottle age. Stand out producers included Claus Preisinger, Helmuth Renner and Georg Preisinger. The wines here were more aromatic, with finer tannins and sweeter fruit. And the oak seemed less obtrusive than in Carnuntum.

A tasting of 17 Blaufränkischs on the top of the Leithaberg hill on the western side of the Neusiedlersee the next day was even more exciting. This undervalued grape has half as many hectares under vines as Zweigelt, but it’s far more interesting. It makes reds with more structure and concentration, works better with oak and often needs time in bottle, but can be almost northern Rhône Syrah-like at times, too, with haunting pepper spice.

Many of the samples here were delicious, showing complexity, subtlety and length. Wineries that are worth seeking out are Nehrer, Prieler, Kloster am Spitz, Rainprecht, Bichler, Marinits, Hahnekamp Sailer, Reinfeld, Lichtscheidl and Toni Hartl. Most of them don’t exported to the UK, but I’d love to see more of them.

It was the same story in the Mittelburgenland — a region where you can “swim in Blaufränkisch” according to Willi Klinger of the Austrian Wine Marketing Board – although I found the wines a little more mixed in quality. The best were plush, yet well structured, with fine tannins. Star wineries included Rotweine Lang, Hans Igler, K+K Kirnbauer and IBY Rotweingut. The 2000 Igler Jewel Blaufränkisch Reserve, tasted at the winery over dinner, was spectacular, proving that the grape can age quite beautifully.

Our last tasting of Blaufränkisch was in the southern part of Burgenland, concentrating on the Eisenberg appellation (DAC). The iron-rich soils give the wines a distinctive minerality here, typified by the reds of Vinum Ferreum, Mittl, Willi Dorner, Wachholder, Kopfensteiner and Wachter Wiesler. Once again, the best examples were very impressive.

Austria’s red wines have come a very long way in the last decade. They aren’t the finished article yet — wineries could save money by using less new oak in future — but the top wines are distinctive and genuinely exciting. If I were the Austrians, I’d plant more Blaufränkisch. Knowing them, they’ve already started to draw up the plans.