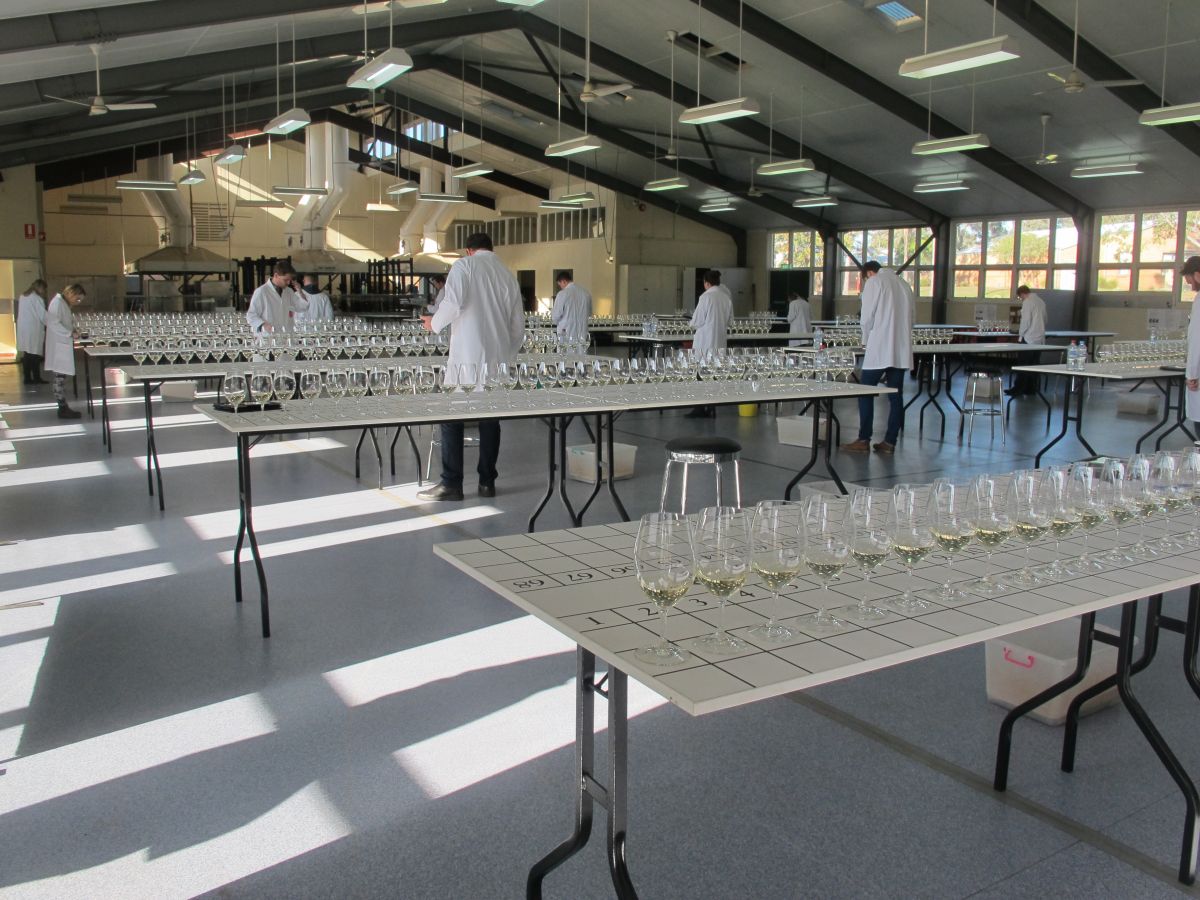 On the first day of the Hunter Valley Wine Show, Major Al Lynch, in full military fatigues, explained to the wine judges what was expected of them: “if you are given an order you will follow it without question.” I’ve judged wine competitions in many different settings but this was my first time in an army barracks. Thankfully our host was describing what we should do in emergencies, rather than how we should award medals. I’ve been judging UK wine competitions since 2008, but my trip to Australia in August showed me what we could learn from their approach – and them from ours.

There are dozens of wine shows held on a yearly basis throughout Australia, some regional, some national. In the UK however, when you see a shiny medal stuck to a bottle of wine it’s likely to come from one of our big three international competitions: the International Wine & Spirit Competition (IWSC), the International Wine Challenge (IWC), and the Decanter World Wine Awards (DWWA). I judge at all three; here’s a peek behind the scenes.

They all follow the same basic premise. Successive line-ups or ‘flights’ of typically around 12 wines are tasted blind; panels quietly work through each flight giving a score out of 100 and making notes; scores are then read out by each judge in turn; where there is disagreement, there is retasting and discussion to ascertain the right result. The panel chairman or chairwoman has the final word. They all strive to recognise excellence of course, but each competition has a unique feel.

The IWSC operates daily over seven months of the year out of offices on the edge of an airfield and racetrack in countryside outside Guildford. Many of the staff and judges are long-serving, which gives the competition something of a family feel. Judging is sedate and considered with no more than 60 wines tasted per day.

The innovative IWC takes place over three weeks each year in a capacious hanger at The Oval, an international cricket ground. Medal winners are tasted multiple times by different judges to help deliver reliable results. There’s music in the background, judging takes place standing up, and every flight is different; you never know what’s coming next, from red Bordeaux to Taiwanese Moscato. This all adds up to a lively, dynamic vibe.

The DWWA takes place at Tobacco Dock, an airy events space in East London. It’s held over one intensive week, which makes for a buzzy atmosphere. The 204 judges fly in from 25 different countries; 94 are either Masters of Wine or Master Sommeliers. If a bomb went off during judging, the global wine scene would be in serious trouble.

All three are very sociable events, with plenty of chat, and catching-up over drinks afterwards. By contrast, Australian wine shows have a distinctly scientific feel. Judges wear long white lab coats, taste rapidly in studious silence, and long flights (or ‘classes’) of wines often stretch into the distance – over 40 wines per flight isn’t unusual. Panels are small and usually made up of winemakers, often from the region being evaluated. This makes for a highly technical approach, one that champions regional typicality and is merciless when it comes to any perceived winemaking faults. It’s arguably a style of judging that produces consistent results.

Rewarding typicality and rejecting faulty wines are key functions of any judging panel, but some say the Australian approach goes too far. Victoria Sharples, founder of Melbourne wine merchant The Wine Station has judged at both UK and Australian competitions and says “I think Australia could benefit from the British approach, reducing the size of flights and offering greater discourse when deliberating on scores.”

British Master of Wine Richard Hemming has also judged on both sides of the globe. “The Australians could learn to be less narrow-minded about typicality,” he says. “Yes it’s important, but atypical wines aren’t therefore immediately without worth.” I agree; the danger with a constricted view of what is stylistically acceptable is that innovation can be stifled.

But PJ Charteris, chairman of the Hunter Valley Wine Show, says that the Australian approach is evolving. “There is a strong technical approach, however that has changed significantly over the last 10 years with more judges from the media and trade… as a team of judges we are ultimately looking for depth of character, balance and completeness, the things that are the hallmarks of any great wine.”

It’s undoubtedly a strength of the big UK competitions that judges come from such different backgrounds and bring with them broad and varied tasting experience, but after tasting in Australia I feel we could benefit from more judges with practical experience of winemaking. We could also learn from Australia’s commitment to the development of trainee judges. To my knowledge there are no professional courses designed to develop the skills of future wine judges in the UK, or to help them taste the very finest benchmark wines that are increasingly out of reach due to stratospheric prices. Charteris points out that Australia benefits from the Australian Wine Research Institute and the Len Evans Tutorial to tackle both of these areas that are vital to the future of wine competitions.

The UK and the Australian methods both have their own strengths and weaknesses, but what everyone seems to agree on is the hopelessness of the system used in many European competitions, known as the International Organisation of Vine and Wine system (OIV). Natasha Hughes MW, a particularly incisive taster, explains “you’re given a scorecard that lists various criteria for assessing the wines, and allocates scores for each of these criteria. For instance, you might be asked to rate the intensity of a wine’s nose on a scale of 1 to 5… Rating a wine like this doesn’t address the issue of what score you should give if the wine has a very intense nose, but its aromas are unattractive.” Hemming agrees it’s “an utterly absurd approach.”

Wojciech Bońkowski is editor-in-chief of Winicjatywa.pl and the Polish Wine Guide and he is also disparaging of the OIV system. He points out that another problem some European competitions face is sourcing good judges. “Some competitions are so desperate to man their juries that I know literally of a taxi driver who sat on an Italian jury competition!” Thankfully this is rarely an issue for Australian or British institutions.

Tasting at the Hunter Valley Wine Show reminded me of the impressive appetite for ongoing improvement amongst Australian winemakers. The wine show model exists not just to guide consumers, but also ‘to improve the breed’, and it has no doubt helped to mould and deliver unique Australian wine styles like Hunter Valley Semillon. What I love about the UK system is that it puts wines in an international rather than just regional context, is more open to rewarding originality, and can react to, and help steer, the trends that keep the global wine scene fresh and exciting. In a nutshell, the Aussie system is ruled by the head, whereas the UK system is ruled by the heart. But a competition is only as good as its judges, and most winelovers would agree you need to engage both head and heart to really understand what’s in your glass.