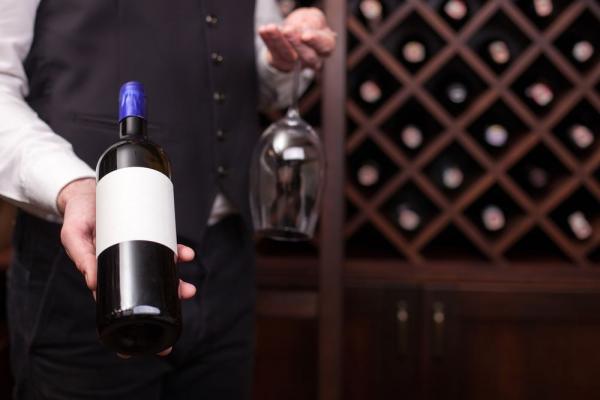 The Somms are a strange people, only recently discovered by Westerners. Little is known about where they originated, though most anthropologists agree that it was very early in the 21st century that most people became aware of them, rather like radical Islamist terrorists, or the bizarre Butt people from Kardashia. Many speculate that the symbolic changing of millennia is what created the atmosphere for such bizarre cults to emerge. Our fascination for freaks in stressful times, and our fears about the end of the civilized world, may be what nurtures the rise of such strange and self-serving peoples. Pound for pound, only the Somms have bigger asses than the Butt people of Kardashia.

Studies of the Somms have always been challenging because of their strange and difficult to learn language. They do not have large vocabularies. In fact, most are limited to but a few hun-dred words and, of course, their distinctive grunts and ability to speak through their anus. Many of the more advanced Somms have forgotten how to actually speak through their mouths, in-stead using their mouths only for ritually tasting and expectorating wine, and then expressing their opinions rectally. This is known as a “seminar.” “Seminars” are attended most often by out-siders (“bloggers,” in the scatalogical parlance of the Somms; a “blogger” also meaning bottom feeder) who wish to join The Somms. Though their chances are slim, these people pay a lot of money to attend these flatulent “seminars” and attempt to understand what the Somms are talking about.

One of the most interesting facets of the Somm culture is that they often have no idea themselves what they are talking about, and use their language simply as a way of identifying themselves to each other. The words themselves have no actual meaning. For example, a Somm might say, “The wine perfectly expresses its terroir, which I attribute to biodynamics, indigenous yeast fermentation, elevage in cement eggs, and minimal intervention.” The Somms have an uncanny ability to string words together so that the words lose all meaning. Vagueness and pre-sumption are their best linguistic tools. To another Somm, the sentence means, “I’m as full of shit as you are, let’s get drunk.” To a “blogger,” perhaps, the sentence conveys wisdom and authority. In essence, The Somms are the right wing talk radio hosts of wine. They don’t know what they’re talking about, they’re making things up, but the suckers eat it up.

Among the Sommish people, there are leaders known to the others as “Master Somms.” They are recognizable by the small pin they wear on their lapels, reminiscent of the pins worn by many denominations of nuns. The pin represents their love and devotion to Fred Dame, one of the Christ-like leaders of the Sommish cult, who wasn’t crucified, but there’s still time. The pin also represents a similar vow shared with nuns, that of poverty. Among the Somms, the pin is a powerful talisman. In order to receive the pin, an ordinary Somm is ritualistically brutalized in a series of trials. (For those interested, there is a documentary, but it’s simply too horrifying to watch for the squeamish.) The Master Somms are viewed as superhuman in their abilities to smell and taste. This is an old superstition, as is the one that says Master Somms do not have a reflection when standing in front of a mirror, which they do a lot, mostly in admiration. These are inexplicable primitive superstitions and have no basis in reality. One might as well believe in ghosts, or Nicolas Joly. But the Sommish are a superstitious people. They stroke Coravins for luck, knowing they don’t really work.

Wine, of course, gives meaning to the Sommish culture, and is worshiped in many unusual and not well-understood ceremonies. For example, the Somms believe that they must drink each wine only from a particular glass. Getting caught drinking a Nebbiolo (a grape especially sacred to the Sommish) from a glass made for Zinfandel (a grape considered unclean by true Somm believers) would almost certainly cause one to be expelled from the Somm community. Great care is taken to convince others that wines taste their best only from variety-specific stemware, although no rational person gives a Riedel’s ass. Among the Sommish, and those who aspire to the Sommish tradition, glassware is a form of dominance. Glassware, like your Master Somm mentor, is to be blown properly. At a young age, Sommish children are even taught a nursery rhyme:

“All around the mulberry bush/
“The flunky chased Schott Zwiesel./
“The flunky thought ’twas what was done/
“Crash! goes the Riedel.”

Anthropologists and linguists have no idea what the nursery rhyme means. The Somms lack the vocabulary to explain. It’s something to do with delusions.

Researchers are only now tackling the baffling and hidden subject of love among the Somms. Many believe that it doesn’t exist, though there are a few examples that seem to prove other-wise. Master Somms seem to channel their human need to love toward wine itself, though that love is usually short-lived once they begin working for the few corporations that employ them as mouthpieces, shills, and trophy chattel, and they are forced to sell plonk for a living. (Many end up after a few years in Sommish Shelters, where they may be adopted, or, more likely, eutha-nized with Meomi Pinot Noir, an excruciating death for Somms.)

In general, the Sommish culture has little use for love. Marrying outside the Sommish culture inevitably leads to divorce, or, as the Sommish call it, “losing half my wine cellar to that ass-wipe.” There have been some marriages between two Somms, but they are uncommon, and generally discouraged in case they decide to have children. No one wants that.

And, really, there is no word for “love” in the Sommish language. The closest equivalents are “unicorn,” “100 Points,” and “free junket.” It is believed that there once was love among the Somms, but that it was eliminated through natural selection. There are traces of it, much like our vestigial tiny tails, so we know it must have existed at one point, but it has since been replaced with pins, self-absorption and misplaced pride.