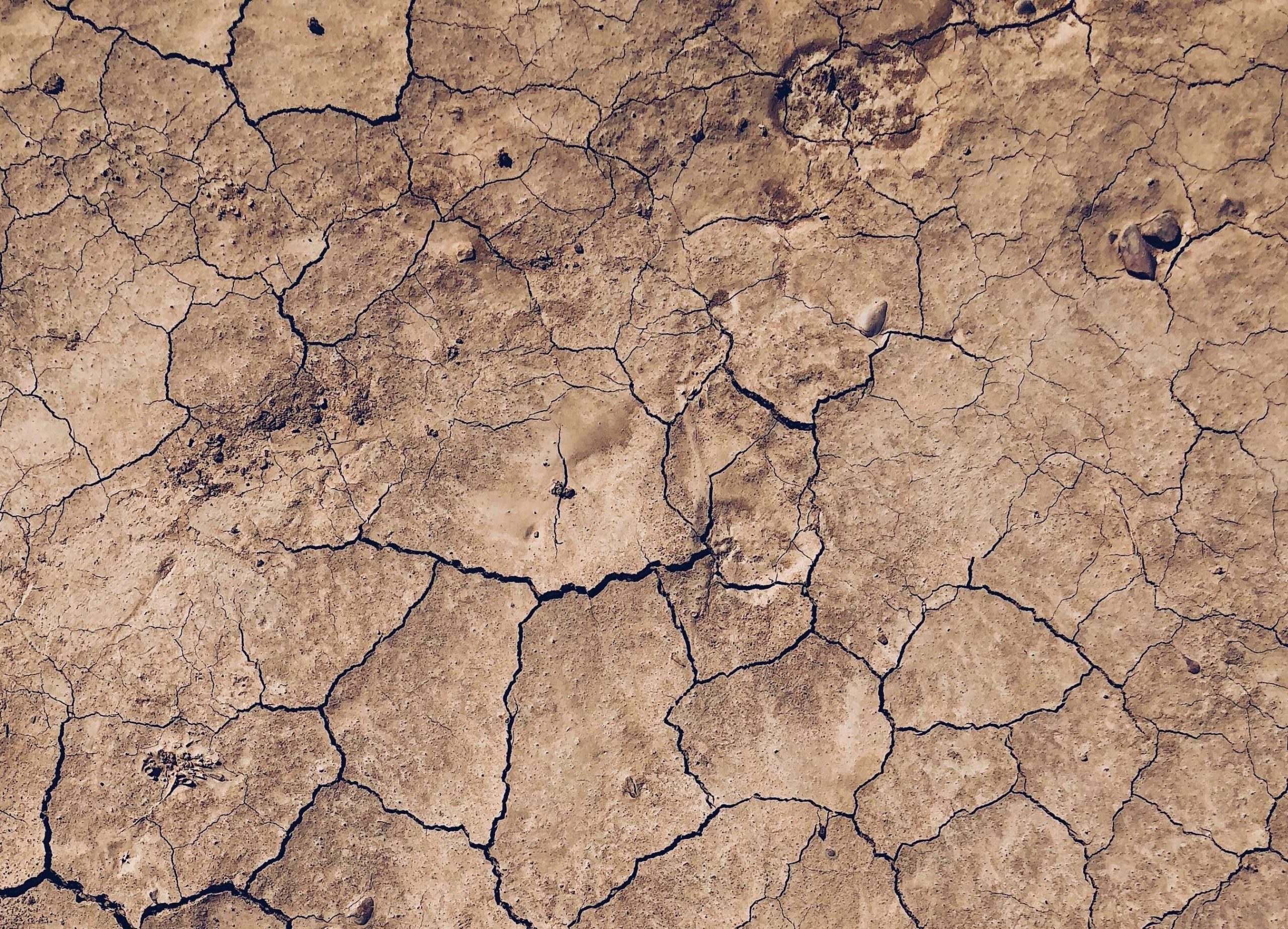 In discussions of terroir rocks have exalted status. The journey downwards through the geological record is mostly a search for hard boundaries – chalk, basalt, slate – while the overlying burden of clay, silt and sand tends to get lumped together, as soil. Causative descriptions tend to bottom out when bedrock is struck with a few high profile exceptions, most notably at Château Pétrus in Pomerol, where a blister of smectited blue clay challenges the limestone-dominated underworld of French vineyards for the top spot.

As with the adding of a Grand Cru name to a village commune in Burgundy, the buffering properties of Pétrus’ subsoil are stretched, along with the truth, to cover all of Pomerol. According to the most recent en primeur messaging, the water retaining properties of clay spared the appellation the worst effects of drought in 2016, 2018 and 2020. The reality on the ground is more intricate: just as limestone and granite have differing permeabilities, so smectite and illite clay contrast hugely in the volume of water they can potentially make available to roots. In Bordeaux, Professor Kees van Leeuwen’s in situ comparison of three Médoc soils – sand and gravel, limestone and illite clay – found that water stress occurred most rapidly on the clay.

The malleable nature of clay belies its resilience. The Jurassic clays of Burgundy were deposited over 100 million years ago, while the stiff London clay has held onto its territory for 50 million years without the need of  a hard rock crust to protect it from the elements.

Clay’s durability derives from its being a geological cul-de-sac, lying, as it does, at the end of physical and chemical erosional processes. Granite is a commonly occurring igneous rock, but over time it decomposes, separating into its constituent light (quartz) and dark (feldspar/mica) elements. Quartz is highly resistant to both forms of  erosion, but the feldspar degrades into aluminium and silica, the molecular building blocks of clay.

The diversity of clay reflects the availability of other elements during its deposition – magnesium, sodium, potassium, calcium – but the fundamental structure bonds sheets of octahedra alumina and tetrahedra silicates into layers.

For the purposes of this article, I’m going to consider the water retaining properties of three different clay minerals or the crystal structures formed by these layers – a) kaolinite, b) illite and c) smectite.

Unlike gravel, sand and rock, clay has a net negative charge (-ve) which it seeks to neutralize by forming either strong ionic bonds with positively charged cations, or weak dipole bonds with water molecules (H+/OH-).

Smectite (c) and illite clays (b) are formed from two silica tetrahedra sheets and a single alumina octahedra sheet. The sheets  stack into layers three deep, which are separated from one another by an interstitial gap. The difference between illite and smectite clays is that in the case of the former, potassium molecules plug the gap between layers, effectively decreasing the internal surface area of the clay, and therefore limiting the water holding potential. However, if potassium ions weren’t incorporated into the clay crystal structure at the time of its formation, then the interstitial gap can swell with water molecules that are not only attracted to the (-ve) clay but, as a liquid, are sticky with one another too.

In theory, clays with a high degree of smecticity possess greater volumes of accessible water than those comprised of illite and kaolinite minerals. As they dry out, smectited clays crack internally, and the developing structure of micro-fissures and pores becomes populated by short-lived rootlets tracking for water. Moreover, even if the roots struggle to penetrate the clay they may still be in reach of moisture that wicks upward through capillary action. Conversely, smectited clay expands when wet, to the extent that they can block the passage of water through to the subsoil.

Practically, the non-shrinking property of some clays is essential if you’re making bricks or porcelain. China clay’s kaolinite structure stacks sheets of alumina and silica hundreds deep, with strong hydrogen bonds between the layers, hence its swell capacity is close to zero.

If Pétrus is the exemplar of clay shrink-swell properties, then it is because the availability of water is beneficially regulated by its subsoil – neither too much nor too little – a balance that keeps the vine sufficiently stressed so as to promote ripening, but not so thirsty that respiration is impaired relative to surrounding Pomerol properties.

Contact with the world tends to curdle easily drawn divisions between clay minerals. Isomorphic substitution, the exchange of cations within the clay crystals, can alter shrink-swell potential, as does the occurrence of larger aggregates within the soil horizon: sand, gravel and silt. The French soil scientist, Claude Bourguignon, reported extremely high levels of smecticity at Pétrus and Bonnes Mares, but it’s likely that these measurements applied only to the clay fraction of the soil. Thinking particularly of the Grand Cru, 30-40% of its mass is made up of rigid small stones and grit, that neither shrink nor swell. Moreover, the likely incorporation of calcium into the mineral layers at the time of  deposition would also alter the clay’s properties. Flocculated calcium montmorillonite (e.g. Fuller’s Earth) has very limited shrink-swell potential.

These confounding factors frustrate anyone intent on identifying the superficial differences between clay deposits intra-regionally. Fifty million years ago, my current place of work, the Crouch Valley, was sunk beneath the London Clay Sea. The climate was tropical, the rain acid, and erosional debris from the west of the country was shipped and deposited eastwards by warm, surging rivers. Completing the Eocene snapshot, the Cretaceous chalk sea floor was yet to be uplifted into its current aerial configuration of dips, plateaux  and scarps. Sussex, Kent and Essex was a waterworld.

Dig down into the London clay and the earth turns blue. Alas, this doesn’t mean you’ve found another Pétrus, merely that the ferrous part of the clay is held in a reduced and aggressively anti-bacterial state. No wonder old Essex farmers tell you that working London clay ‘is like ploughing up poison.’ Keep digging and you’ll come across layers of sand and silt. The stiff, 100m thick deposit accumulated over eight million years, during which time sea levels fluctuated, shorelines shifted, and rivers diverted and changed with regard to their charge of sediments. The mottled grey-brown surface doesn’t offer many clues as to its water holding potential. If Burgundy’s interlocking network of rhomboid cru makes it seem like God played Tetris, then He’d clearly got bored by the time the Ypresian Period came along. The ‘level wastes of sucking mud’, as John Betjeman described the Essex Salt Coast, are not ordered for the eye.

At Danbury Ridge we have five soils: deep gravel, sandy clay, calcareous marl, and south-facing slopes of illite and smectite clay. Four of these soils align with Pomerol, hence our motto: soils like Bordeaux, grapes like Burgundy.  It took the empiricism of passing generations to sieve Pétrus from nearby Château Bon Pasteur, smectite subsoils from alluvium, best from modest; yet these presumptions didn’t deter the Thienpont family from exploring the apparently less blessed site of Le Pin. Inspiration can take many forms. In Essex, we may not grow Merlot or experience Aquitaine’s generous summers, but in a warming world the gap between Bordeaux’s past and our future is closing. What was relevant in Dijon and Bordeaux a few decades ago is prescient for the next thirty or so years here. The Climate Research Unit at the University of East Anglia is forecasting a 10-15% decrease in mean annual precipitation and a 150-200GDD increase in mean seasonal heat summation for the Crouch Valley and Dengie Peninsula, for the period 2000-2020 vs 2020-2040.

There’s an affected English type who’s bothered by terroir’s mysticism and suspicious of the messianic aura that attaches to people like Claude Bourguignon, Jules Chauvet, Henri Jayer  and Jacques Selosse. Notwithstanding this, the best winemakers summon visions that raise their decision making above the melee of fermentation, cuvaison and élévage. Survivors of shipwrecks are often said to have ‘dead reckoning’. Clinging to flotsam, and without the aid of charts, they know when to conserve their energy and when to kick for shore.

Like the blank ocean, the clay of Essex yields few clues. Even though there are no maps to guide us, intuition tells me that somewhere out there in the ‘uneventful countryside’ between Colchester , Epping and Burnham, hides our Pétrus.

Photo by Ramin Khatibi on Unsplash