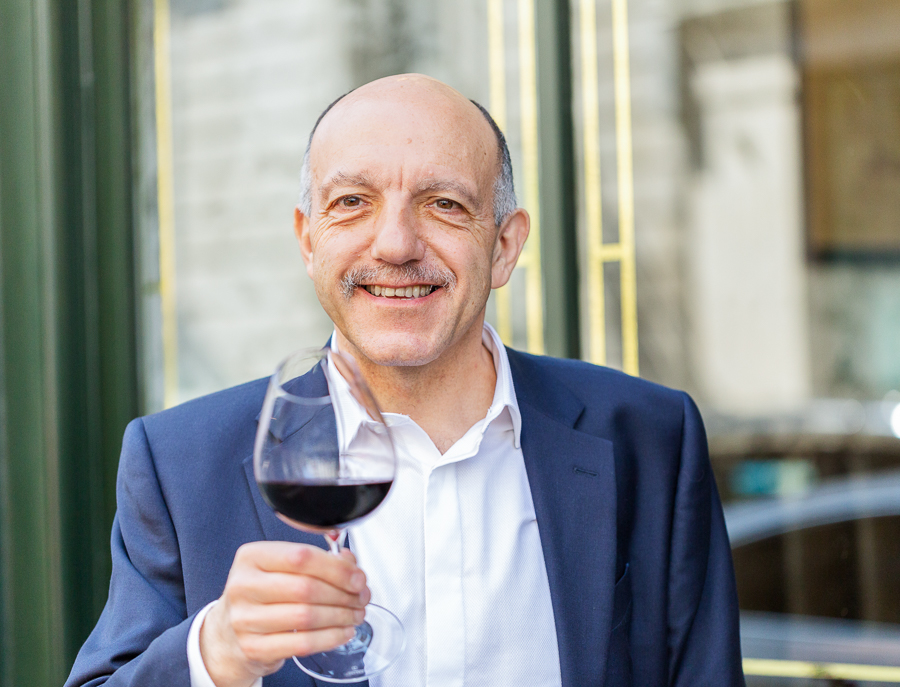 It was an ideal way to remember a dear friend – with great wines, good company and an impromptu rendition of the Marseillaise. Just over a year after his death, 50 of us attended a dinner at 67 Pall Mall to celebrate the life and legacy of Gérard Basset and present an award named in his honour to a UK-based sommelier.

Like they do at Burgundian paulées, we wandered from table to table, sharing precious bottles. There were also plenty of stories about Gérard, most of them funny, but all of them tinged with sadness that we’d lost someone so special. My favourite moment was when friends who’d worked with or been mentored by him were asked to stand up. The ten people included some of the most famous chefs and sommeliers in the country.

A few weeks later, my copy of Tasting Victory: The Life and Wines of the World’s Favourite Sommelier (£25, Unbound) arrived, written by Gérard before he passed away. It was wonderful to hear his voice again. I knew some of the details of his life, having spent time in his company over the years and read and even written a number of pieces about him, but the autobiography provides a complete picture of this extraordinary human being.

Silver cuillères were never handed to Gérard. He came from a modest, comparatively unhappy home in the provincial French town of Saint-Etienne and left school with no qualifications. Everything he achieved he did the hard way, with dedication, humour and steely endeavour. No one in the wine business has ever amassed so many honours and qualifications: MW, MSc, MS, OBE, Légion d’Honneur, IWC Lifetime Achievement Award. He was also part of the team that created the Hotel du Vin chain; even more importantly, he was a one-man academy, tutoring hundreds of young sommeliers.

Lise Donier-Meroz, the young French woman whom we chose as the first winner of the Gérard Basset Travel Bursary, never met the man himself. But, like so many aspiring sommeliers, many of them from countries outside the UK, she was motivated by his example. Michelin-starred restaurant L’Enclume isn’t a branch of Burger King, but it’s easy to underestimate how difficult it is to move from the Jura to Cumbria, working in a second language and creating a new life from scratch. I’m sure Gérard would have liked Lise, which is one of several reasons why Nina and Romané Basset, Ronan Sayburn MS, Laura Rhys MS and I gave her the award. She will go far, and not just with the £5,000 prize.

I’m not sure what made Lise decide to move to England, although I have a hunch it wasn’t a football match. Gérard resolved to come here after watching his team, Saint-Etienne, lose to Liverpool in the European Cup in 1977. He took private English lessons, saved some money for two years, and set off for London with a one-way plane ticket, knowing no one. His friends at home in Aix-en-Provence had joked that he’d be back within a fortnight, but he got a job as a kitchen porter on the Isle of Man, followed by one as a commis waiter at the Crown Hotel in Lyndhurst. He’d stumbled across his métier: hospitality.

Gérard was always driven by a desire to learn, making up for the education he’d missed at school and at home. But he was also helped by the kindness of strangers, who answered his endless questions and recognised his potential. Charm was always one of his greatest assets. At one point early in his career he even persuaded an employee at Selfridges to take a napkin out of a window display and teach him how to fold it.

Would Gérard receive the same welcome today as he did in the 1970s? I’d like to think so, but Brexit and our departure from the European Union have changed this country for the worse. We are becoming less tolerant, less open and more insular by the day. It is nonsensical that immigration is widely regarded as a threat to our national well-being. Read Bloody Foreigners, Robert Winder’s superb book about the subject, and you are left in no doubt that we are a “mongrel nation”, whose “roots are neither clean nor straight”, but “impossibly tangled”. Immigration helped make us what we are.

Gérard Basset was the best kind of immigrant: optimistic, kind, open-minded and indefatigable. Remembering his life connects us with a better version of ourselves.