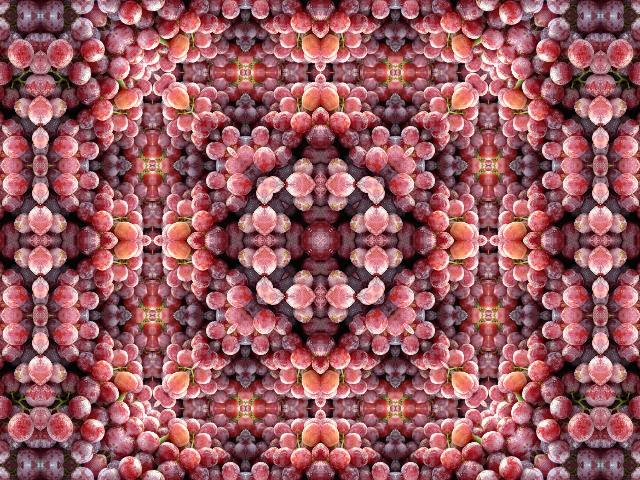 What do you feel like drinking tonight? Red or white? Still or sparkling? Dry or sweet? With an endless number of wines in countless styles to choose from, it’s necessary to segment this unwieldy mass to help yourself (or someone else) make a choice. But as the world of wine constantly grows and develops, the way in which we classify wines also needs to change. Categories such as New World vs. Old World, modern vs. traditional and natural vs. conventional are becoming increasingly outdated and irrelevant. It’s time to update our approach.

When talking about wine, the most immediate way we can categorise it is by the properties we can detect with our senses. Is it still or sparkling, dry or sweet, oaked or unoaked? All of these examples, like so many others, are two ends of a scale rather than distinct styles. Nonetheless, most of us can broadly come to an agreement on whereabouts a wine sits on each. Interestingly, we rarely use aromatics when specifying wine styles; I’ve rarely been asked to suggest wines that smell like blackberries or peaches. Aromatic descriptors like these are frequently used in written tasting notes, but much less it seems when we talk about wine.

The other two most common methods of categorising wine are either by region or by grape variety. Both ways of dividing up the world of wine remain relevant and useful, as most regions and varieties are slow to change so offer fixed and objective stylistic parameters. Compared to some other fields, they are pretty clear-cut. Arguing with a music lover about whether a track is jungle or drum & bass, chillwave or shoegaze can remain stubbornly inconclusive. It’s when it comes to stylistic categories within regions or grape varieties that things get tricky.

New World vs. Old World was once a valid division. If a wine was grown in the traditional wine growing regions of Europe or the Near East, it was Old World; in one of the newer countries to commercial production such as the Americas, Australasia or South Africa it was New World. The warmer climates enjoyed by New World countries could produce riper styles of wine, with more body and alcohol than many of their Old World counterparts, and common usage of this division has gradually become more stylistic than geographical.

But the wine world has moved on. Just because a wine is made in Chile, South Africa or the US doesn’t mean the wine is necessarily big, boozy and powerful. The prevailing wind is in the opposite direction, towards medium-bodied wines with more finesse, and increasingly winemakers are looking towards cooler sites, near the coast or at higher altitudes, to achieve it. I’d argue that instead of using the increasingly outdated New World vs. Old World stylistic division, it would be more useful to use cool climate vs. warm climate instead. Often the cool climate Chardonnays of Limarí and Walker Bay have more in common with the Chardonnays of Burgundy than fellow Old World examples from Navarra or even the Languedoc.

Another commonly used stylistic division within wine regions is traditional vs. modern. What the ‘modern’ here denotes is a richer, riper style than the ‘traditional’ example from the region in question, whether it be Bordeaux or Barolo. It suggests higher levels of alcohol, extraction and perhaps some discernible sweetness, and usually aged in small new oak barrels. Now I don’t know about you, but this doesn’t sound very modern to me; it sounds like the depths of some 1990s Parkerised hell.

Using the word ‘modern’ in an attempt to describe the current era is rarely a good idea. When styles change and you enter a new era, there’s always ‘post-modern’ to describe it, but what then? It’s not the prerogative of anyone that lives through a particular era to give it a name; it can only be bestowed by subsequent generations when enough time has passed to distance it from the current day. An ever-present ‘contemporary’ is the best you can hope for. So it’s time to stop using modern vs. traditional when talking about wine; ‘modern’ is no longer modern. Let’s replace it with restrained vs. flamboyant and move on.

Mass market vs. craft vs. prestige

Finally there’s the vexed division of natural vs. conventional wines. On the one hand, I love that members of the natural wine movement refuse to define its meaning. If its definition is changeable, it gives the movement wriggle room to grow and change through its dynamic early stages of development. That it has no definition does create discussion, but it also makes genuine communication difficult, and breeds ill-feeling. And what is the definition of ‘conventional wine’ anyway? There’s lots of energy and excitement in this area of wine right now, but if this current can’t be transmitted, it could fizzle out. Although the term natural wine is in essence technical as it refers to how the wine is made, because of the lack of definition it has become more of a stylistic term for many drinkers.

To describe one wine style as ‘natural’ doesn’t mean that all others are ‘conventional’ or ‘unnatural’; there can be more than two categories. And categories can be fuzzy; that’s to say they needn’t be mutually exclusive. Perhaps it would be helpful to employ three categories instead; mass market, craft and prestige.

Mass market wines are made in huge volumes by large corporate wineries, co-ops or negociants. They are usually sold in supermarkets, in wine shop chains or by large mail order/internet retailers, either under their own brands or those of the manufacturer. Low prices and price promotion are key selling points. They seldom suffer from serious winemaking faults, but rarely is there much of interest to say about them. They are the Nescafé Original or the Carling Black Label of the wine world.

Craft wines are made in small quantities by independent or family-owned producers and often sold under the name of the estate or winemaker. Prices are higher than mass market wines, and they are usually sold in independent wine shops, wine bars or restaurants. The quality of the wine is its main selling point, which is often in the context of its region of production. Producers prioritise high quality over ease of production, often opting for low yields, organic or biodynamic farming, hand harvesting, the reduction or omission of additives such as enzymes, acid, sugar, tannin, colour, cultured yeasts or sulphur dioxide.

Craft wines have the broadest palette of flavours. A minority of winemakers experiment with unusual or challenging styles. An even smaller minority, particularly those with a philosophy of minimal intervention and/or zero added sulphur, create extreme styles. Some craft wines flirt with winemaking faults, to the extent that some drinkers find them unpalatable. But what they have shown us is that many so-called winemaking faults are not simply black or white. Like levels of sweetness or acidity, they too are on a scale, and some winelovers find that a palatable degree can add interest and complexity.

The third segment is prestige wines. These wines are very expensive, and are sold in top-end independent merchants, fine dining restaurants, at auction or via brokers. They are drunk rarely even by dedicated wine lovers and some are used as investment vehicles. They can be made in small or large volumes, but rarely on the same scale as mass market wines. What this category shares with mass market wines is that some are household names. In terms of production, they have more in common with craft wines, and will strive for quality at any cost – quality is usually very high. Their price is not always dictated by quality alone however, it could also be down to rarity or fashion. What these wines don’t share with craft wines is that wilder, more challenging fringe; and unlike most natural wines, they are usually produced with some ability to age in mind.

Both the wine world and the usage of words is in continual flux, so it’s hardly surprising that it’s often hard for people to agree on stylistic terms, especially in so subjective a topic as wine. What start as sharply defined geographic or technical terms gradually turn into stylistic ones, which further creates confusion. Wine is never black or white; it’s a three dimensional colour wheel riddled with wormholes. But without defining styles or categories it’s impossible to talk about it; “wine needs words”, as Hugh Johnson rightly said. The best we can hope for is to keep our common categories up to date when they start to lose their meaning.