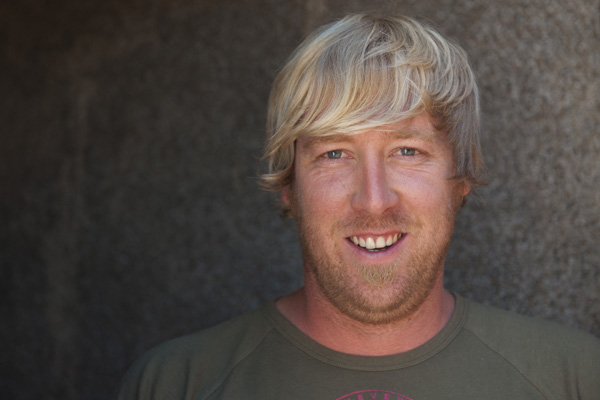 Is 2013 going to be South Africa’s year? Su Birch, CEO of Wines of South Africa (WOSA), certainly seems to think so, judging by an upbeat press release earlier this week. A cynic might argue that, to paraphrase Mandy Rice–Davies at the time of the Profumo scandal, she would say that, wouldn’t she? After all, it’s her job to underline the positives. But Ms Birch doesn’t do disingenuous PR. As anyone who knows her will appreciate, she’s a straight talker.

Her optimism is based on three things: the projected size and quality of the 2013 crop, set to be the third biggest on record at 1.38m tons, a 17% increase in exported wine in 2012 and the “growing confidence in South Africa as a top wine-producing country among high-profile international critics”, including yours truly, apparently. A weaker rand has helped too, easing the pressure on margins. As Birch told me recently: “R14 to the pound is very good news.”

She’s not one to avoid the negatives either. Continuing labour unrest in the Western Cape, which spread to farms from the mines, is a reminder that South Africa still has enormous inequalities of wealth and opportunity. I saw a couple of vineyards that had been set alight in the Swartland, but the wine industry appears to have fared better than other agricultural sectors, an indication (one hopes) that they provide better pay and conditions for workers.

And then there’s the bulk issue. Those export figures look great, but 59% of them were shipped in tanks. Less than two years ago, that figure was less than 40%. The UK, still South Africa’s biggest export market, is leading the way here, which is not something we should be proud of. “Shipping wines in bulk transfers the jobs and the margins to Europe and it creates a vicious circle back here,” adds Birch.

The trend has further implications. WOSA’s levy on producers, which is based on exports, is 30% lower on bulk than bottled wines, which means that the generic body has less money to spend on marketing, adding a further spin to that vicious circle. South Africa urgently needs to persuade UK consumers to spend more on its wines: the average price of a bottle from the Cape (£4.68) is £0.31 less than the national mean. As Birch puts it: “Nobody makes much money in the UK, which is a shame, because it’s our natural market.”

It’s worth pausing for a second here to listen to Charles Back, arguably the leading entrepreneur in the Cape wine lands. Back’s businesses in Paarl now include cheese, chocolate, beer, a glass factory and a projected grappa distillery, as well as the wines he makes at Fairview and Spice Route. He employs 500 people, many of whom have a direct stake in his projects. “I use wine to implement social change,” he says. “It gives a bigger meaning to what we do.”

Back stopped selling to UK supermarkets several years ago – refusing to be sucked into the negative vortex, if you like – because it reduced his ability to reward the people who work for him. “You have to sell your wines at £7.99 or more to be sustainable and to reinvest in your vineyards and your employees. Otherwise, you’re buggered.”

But maybe South Africa has an advantage over its competitors. 2012 and (unless something goes seriously wrong) 2013 are both good to very good vintages of sizeable volume. 2012 was far less abundant in Europe, South America, Australasia and New Zealand. And in a time of global shortfalls, South Africa will be in a position to dictate its terms and increase prices.

For now, its wines are too cheap, especially at the top end. Very few South African wines retail for more than £50 – not something that could be said of California or even Australia – and the quality available for less than £25 is remarkable. Only a handful of top Cape wines sell for more than that.

I’m not alone in believing that South Africa is the most exciting New World wine-producing country at the moment. It took time to catch up after the demise of apartheid, but a new generation of winemakers, many of them in their late twenties and early thirties, who have often travelled and worked overseas, are helping to transform the landscape of South African wines, inspired by, yet superseding, the example of older vignerons in their forties, fifties and sixties.

If South Africa has made its reputation with Chenin Blanc, Sauvignon Blanc, Chardonnay, Bordeaux blends and, er, Pinotage, a large part of the future will be about Syrah and white and red Mediterranean-style blends, the best of them made from old, previously neglected vineyards in places like the Swartland, Paarl and the West Coast.

South Africa has the wines to surprise and excite consumers, all right. And this could be the year it does so. But first, we need to change our perception of the Cape.