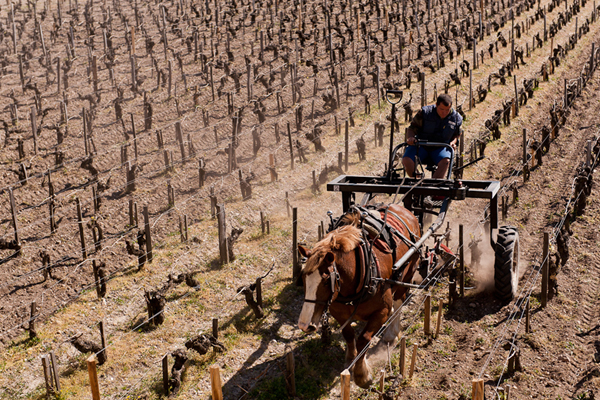 Nothing divides opinions quite like Bordeaux en primeur. If you’ve spent the last few weeks in the Australian outback, without access to a mobile phone or the internet, you might have missed the brouhaha surrounding the annual pre-Easter tasting of the new vintage. Even in a lesser vintage like 2011, Bordeaux dominates the world of wine.

One blessing this year is that the campaign will be short. Or at least shorter than last year’s, which seeped into early July as the châteaux procrastinated, fearful of setting a price that was too high or too low. This year the annual poker game was up and running by the Tuesday after Easter, with new gamblers joining on a daily basis. With a bit of luck, the tables should be folded away by the end of May.

At the time of writing, very few of the big names have declared their hand, although Château Latour has made a momentous announcement of its own. From next year, the prestigious Pauillac property will cease to sell its wine en primeur, preferring to release its wines “when they are ready to drink”. Given that Latour is a notoriously powerful, backward wine, this could be after a decade or more, a fact confirmed by the château’s president, Frédéric Engerer. “It is a paradox to sell a wine that isn’t in bottle yet and then isn’t consumed until 10 or 15 years later,” he said. “It is something that we have to change.”

What are we to make of this decision? The first thing to be said is that Latour has been restricting sales of its wines for some time now. Its third wine, a Pauillac, is sold through only two négociants, while Les Forts de Latour and the grand vin, Château Latour, are restricted to a dozen, a figure that used to be closer to 60. The château releases less than half of its wine en primeur, compared with 90% for the other first growths.

The second thing to be said about the decision is that Latour can afford to finance a decade’s worth of stock. The château’s owner, François Pinault (net worth US$11.5bn, according to Forbes Magazine), is one of the richest men in the world. One of the reasons for selling wine while it is still in barrel is to boost cash flow. Self-evidently, Pinault doesn’t need the money.

Some commentators have suggested that this will allow Latour to reap the financial benefits at a later stage, but this is not necessarily true. The 2009 and 2010 vintages both sell at higher prices than older vintages of comparable quality, such as 1990 and 2000. It is entirely conceivable that Pinault will lose money by hanging on to his wine, all things considered.

Not that he should worry. Since he bought the château in 1993, the prices of top Bordeaux have gone through the winery roof. As recently as 2004, Latour was released en primeur at less than E100, roughly a fifth of the price it commanded in 2009 and 2010. As one UK merchant put it: “He’s not exactly getting robbed selling it at the current en primeur price, is he?”

What impact it will all this have on the en primeur system as a whole? It’s hard to see the other first growths walking away, partly because three of them (Haut-Brion, Lafite and Mouton-Rothschild) have other, lesser wines to sell through the négociants and need to support the system. Margaux could join Latour’s boycott, but this is surely a remote possibility. Unlike Latour, it is not part of a luxury goods’ empire.

If Latour is out of the loop – at least the one that assesses young barrel samples in the April following the vintage – this may affect its price, and not in the way that Pinault hopes. Can you imagine en primeur merchants saying “Latour is the wine of the vintage” if no one can buy it for another decade?

The en primeur system isn’t perfect, as almost everyone outside Bordeaux acknowledges. The wines are tasted too early (Burgundy, which makes much lighter reds won’t be showing its 2011s until next January), the samples that are shown to the trade are open to manipulation to make them taste softer and more approachable and high scores from critics are used to push up prices.

And then there are the consumers. Not so long ago, Bordeaux was a way of buying wine cheaper in barrel than in bottle. But that is not necessarily the case any more. Some wines from 2009 and 2010 have shown considerable increases, but many haven’t. Bordeaux is not the investment it once was and many punters are questioning the wisdom of tieing up their money for nearly two years if there is no return to be had.

Perhaps the Bordeaux wine trade should take an en primeur holiday and show its 2012s in April 2014, when we would have a better idea of what the finished wines will look like and they have had time to integrate in barrel. That would make a lot of sense. But for that to happen, the Bordeaux trade has to want reform. By opting out of en primeur, Latour may just force it to happen.