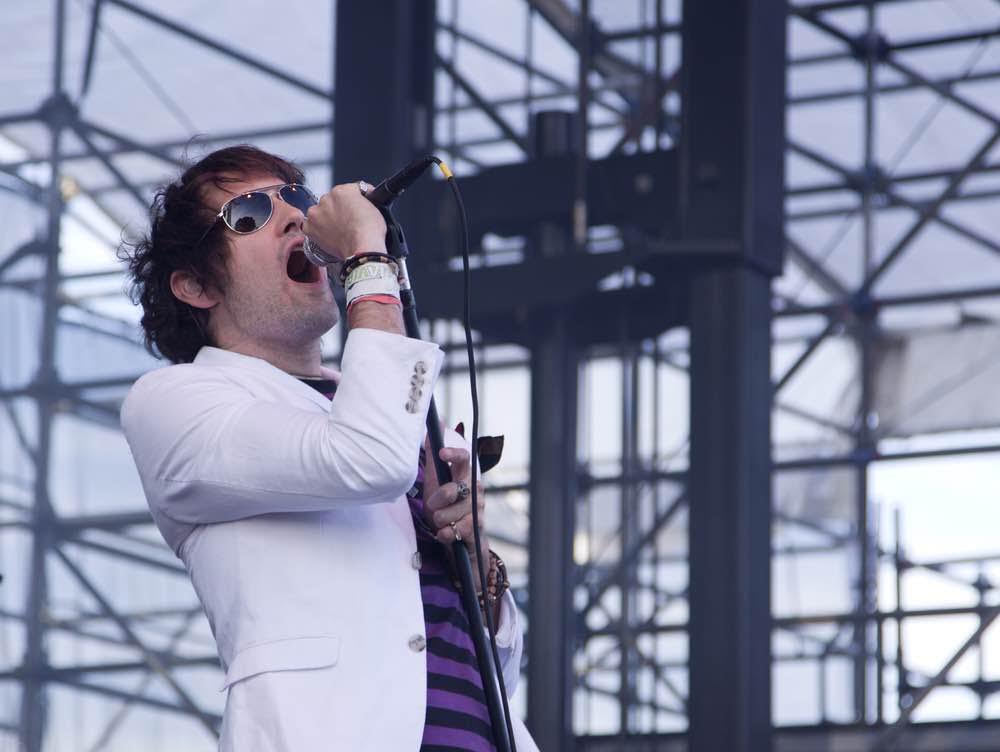 When I listen to electro I crave Riesling. The precise polished perfection of the sound somehow recalls the technicolour citrus acidity of the wine. Châteauneuf-du-Pape however suggests the gothic aesthetic, excess and volume of hard rock and early metal – Black Sabbath, Judas Priest, Uriah Heep. Châteauneuf has never been a retiring wallflower, but over the past couple of decades its rock n’ roll attitude has stepped up a gear; it is now one of the most alcoholically potent of all dry red wines. How did it get to this point – and with the alcohol cranked all the way up to 11, where does it go from here?

More Than A Feeling

For such a bold style, the wines are built around a surprisingly impressionable grape. Grenache, sometimes referred to as ‘the Pinot of the South’, produces very different wines depending on where it’s grown, how it’s made and who has a hand in making it. One thing is for certain – it will never give low alcohol wines: in Châteauneuf, Grenache needs to reach around 14.5% potential alcohol before it’s fully ripe. But it often doesn’t stop there; of the 200+ red Châteauneufs I tasted last year from the 2015 vintage, over half were 15% ABV or above. One came in at a thunderous 16.5%.

Fabrice Brunel of Domaine Les Cailloux acknowledges “it’s true, the average degree of alcohol has increased in the last 15 years”. He believes global warming is a factor. Warmer temperatures and less rain are leading to a higher concentration of sugars in the grapes. Picking them earlier might sound like a sensible solution, but the grapes still need to reach aromatic maturity, and this hasn’t advanced at the same rate. He also points out that “the vines are quite old in Châteauneuf (around 60 on average I think) so the production is low and the berries very concentrated… that leads to high degrees.” Old vines are usually cherished for the quality of their fruit, but in this sense, they are a mixed blessing. Florent Lançon of Domaine de la Solitude points out two additional factors – clonal selection and fertilisers are also to blame for high sugar levels, and in turn high alcohols.

But the increase in alcohol isn’t just to do with climate and viticulture, it’s also been unwittingly encouraged by critics who favour this style. One producer cited Robert Parker as a “driving factor”; another mentioned the “race for the biggest wine for the biggest score” which pushes winemakers and consultants to pick later and later to please the palates of particular journalists.

You Can’t Always Get What You Want

Alcohol levels may be high, but this isn’t a problem for everyone. Véronique Maret from Domaine de la Charbonnière sums up the sentiments of almost all the winemakers I spoke to in saying “it’s all a question of balance.” That’s to say, if you don’t perceive the alcohol and the wines taste balanced then this is what really matters. She points out that the alcohol level shouldn’t be seen as an indication of quality; in fact, for previous generations the higher the alcohol level, the better the wine.

Californian winemaker Rajat Parr, who led the In Pursuit of Balance movement, agrees that balance can be achieved at relatively high alcohol levels. But when it comes to high alcohol Châteauneuf, he admits “it doesn’t fit in my eating and drinking profile”. Drinkability and context matter, and as Châteauneuf alcohol levels rise, it becomes harder to match them with a broad range of foods. They can also render you inconveniently sloshed at the end of a meal. I’ve heard winemakers counter that we should simply drink slower, or less; but in practice it’s not easy to alter the way you enjoy a meal just to cater for one style of wine.

You Ain’t Seen Nothing Yet

I have encountered wonderful, balanced Châteauneufs at 15.5%: it can be achieved. But I’ve tasted some Special Cuvées and pure Grenache wines that taste almost like caricatures of Châteauneuf – the contemporary persona of Ozzy Osbourne compared to vintage Black Sabbath. But there are several approaches that winemakers are taking to reduce alcohol levels – and some of these have the added benefit of adding complexity, interest and individuality to the finished wines.

If Grenache is Châteauneuf’s front man, then it’s the rest of the band who hold the key to reining in his most excessive behaviour. Guillaume Gonnet makes wines under his own label ‘Guillaume Gonnet, Vigneron’ and for his family winery Domaine Font de Michelle. With 13 varieties to use, he says “it comes down to blending… you need to pick the Grenache when it’s ripe, not overripe, but when it has reached its peak. Then you can blend it with a Syrah and Mourvèdre at 13% (yes they can be beautiful at 13%) and the average comes down… I think it is entirely possible to make really great Châteauneuf-du-Pape wine with an alcoholic percentage of 14.5% (still pretty high!). When you push the alcoholic maturity too much, you miss out on complexity, elegance, the terroir effect; all the things that make wine interesting, and that’s a shame.”

Both he and Véronique Maret have been co-planting their vineyards with other varieties to help rebalance the Grenache: Gonnet is focussing on Cinsault, Counoise and Vaccarèse; Maret on Cinsault, Counoise, Mourvèdre, Clairette and Bourboulenc. For Maret, it’s “to increase the complexity of our wines but also to prepare of the future.” Another way to reduce alcohol levels is to include a proportion of stems in the ferments – used well, this can also bring further texture and complexity to the finished wine.

For such a classic style of wine, Châteauneuf can sometimes lack a little self-confidence; it’s at its best when it ignores the capricious tastes of critics and the homogenising hand of the consultant to concentrate on wines that winemakers want to drink themselves, with their families, at the dinner table. Châteauneuf, rather like Lemmy from Motörhead, can take more alcohol than most and still perform. Like these classic rock and metal acts, we love these wines for their power, volume and sheer grandiosity – but we don’t want to see them go off the rails completely.