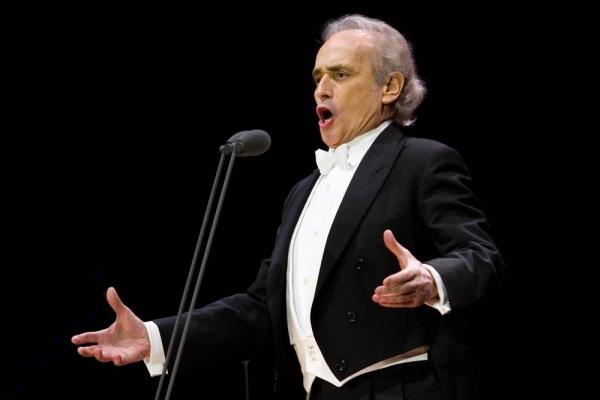 When I was a music student back in the 1990s, a bomb went off in classical music. The world’s three greatest tenors – Plácido Domingo, Luciano Pavarotti and José Carreras (pictured) – had taken to singing together in football stadiums. To purists, they were a disgrace. Opera was about the glory of the naked voice, not about sound funneled through a microphone, or about greedy stars abusing music to fill their wallets.

Others thought the Three Tenors offered a thrilling chance to get the public interested in opera. Surely they would want to experience the Real Thing after they’d enjoyed the Three Tenors? (Spoiler: They didn’t.)

I was reminded of the Three Tenors spat when I read the reactions to Bianca Bosker’s New York Times’ Op-Ed, Ignore the Snobs, Drink the Cheap, Delicious Wine. Bosker, who trained as a sommelier to research her new book Cork Dork, is an award-winning journalist who writes on topics ranging from architecture to technology.

Bosker’s piece covers her visit to Treasury Wine Estate’s (TWE) sensory insights laboratory, to see how big corporations use flavour science to create mass market wine brands. “This technological revolution has democratized decent wine,” she concludes. “Thanks to pumps and powders, drinkers who can’t splurge no longer have to settle for plonk.” In other words, Bosker is philosophically OK with wines engineered to suit consumers’ palates, even if they were made with hefty doses of Mega Purple or liquid oak tannin.

The wine corner of the Internet has sizzled with outrage ever since. Bosker’s article has been called “loathsome”, with big brand wines denounced as alcoholic beverages that are “thoughtlessly swilled” by the “masses”, who need to be led with great kindness towards proper wine.

To which I can only say: Esteemed colleagues, you clearly don’t drink enough cheap wine. If you did, you might find yourself clutching a bottle of Yellow Tail the same way drowning people cling to life rafts.

I first descended into the vinous abyss a decade ago, when I took a job in a German town. Being smack in the middle of a famous wine region, it had a number of restaurants offering lovely wines. But they were expensive. The establishments that we frequented paired their meals with the cheapest wines they could find: under-ripe Sauvignon Blanc; brettanomyces-riddled red; and battery acid masquerading as Riesling in the Thai restaurant.

Think I’m exaggerating? Several years ago I was tasting at Piper Heidsieck, when chef de cave Régis Camus warned me that Champagne’s base wines were so acidic, I should brace myself for a shock. Actually, they were gloriously ripe and exuberant compared to the stuff served by the Thai lady. (Whose restaurant is long gone, alas, closed shortly after my partner gagged on his food and spat out shards of broken glass. “Oh?” said the lady. “It’s normally the hair in the food that people complain about.”)

Almost as dramatic was the day a couple of years ago when my colleague Robert Joseph came to visit and we had lunch at a local bistro. On his first sip, Robert turned into one of those cartoons where the animator signals ‘shock!’ by drawing spirals in the eyes, spikes where the hair should be, and volcanic steam erupting from the ears.

Then there were all the faulty wines I used to wade through at European competitions, many of which had so many problems, they were like miniature pathology laboratories in a bottle.

Faulty wines are rarer now, partly because the fierce competition from the commercial wineries has forced producers everywhere to clean up their game. Speaking of which, the days before modern branded wines appeared weren’t some winemaking wonderland. For every good producer, there was another one dousing white wines with liberal doses of sulfur to cover the dirty winemaking or adding illegal bags of sugar to make up for unripe grapes. And while the cheap table wines that lurk in bistros, delis and wineries across Europe may be clean now, they can still be surprisingly horrible. The US is no better – plenty of the bulk wine that goes into private label for various outlets is wretched.

Faced with the choice, drinkers are often better off choosing the homogenous but reliable mass market wines. Indeed, the modern consumer who buys a bottle of supermarket red on the way home from work can look forward to a much riper, more stable, less flawed wine than your average mediaeval monarch ever got to enjoy.

What everyone wants, of course, is for drinkers to pay a little bit more, and choose wines of character. The thing is, wine isn’t binary. Just as there are people who drink both orange concentrate and freshly squeezed orange juice, depending on the situation, so there are many civilians who drink commercial for every day, and then something nice on special occasions. Come to that, I’ve seen plenty of hard-core wine people ordering simple, fruity wines with their meals during ProWein, because if you haven’t booked a restaurant and have to squeeze into the cheap eat places in the centre of Düsseldorf, that’s what’s on offer. Once they’ve sampled this bland, mass produced beverage, guess what those same distributors, wine writers and artisan producers do next?

They order another bottle, of course.

I cringed when I read about “the masses” because some of the most erudite people I know drink mass-market wines, like the German lawyer who served me dinner on Meissen china and then poured a €5.00 Chilean Cabernet into the Baccarat crystal goblets.

Also, some of the criticisms of Bosker’s article are based on prejudice, not facts. Take the claim that big wine companies make wine from high-yielding vineyards dripping in chemicals. There are small producers guilty of both crimes, while big companies typically have a mix of conventional and organic/sustainable vineyards.

Should this make the big companies immune from criticism? Of course not. The corporates have often acted appallingly, from squeezing growers to shuttering historic wineries, to debasing classic wines. But my hackles fail to rise because they use fining agents like isinglass, which has a long history. As for slamming them because they tailor their wines to suit different markets, well, Champagne once did the same.

Ingredients like Mega Purple and other additives are a different story, the solution to which is to push for full-disclosure labelling. In any discussion about this, though, it’s important that consumers are spoken about with genuine respect, rather than as lumpenproletariat in need of instruction. It also needs to be recognized that many people just aren’t motivated to seek out new and characterful wines: If the wine trade wants them to drink better, it’s going to have to take the wine to where they hang out, rather than wait for them to go searching.

Last year, a director friend and I met up in an actors’ pub in London, where we chatted about our music student days and ordered what turned out to be a sugary Chenin Blanc. (Oh, about the Three Tenors: What happened in the end is that they opened a door for singers to form their own vocal groups, a couple of which veered off into funky new directions and became a success.)

As the night progressed, performers from the West End arrived, some of whom also ordered the syrupy wine. I didn’t hear a single one of these accomplished people say, “hey guys, this wine sucks. Let’s find a proper wine bar”. They wanted to be there, in that particular place. So what was on offer as an alternative to the crappy, commercial wine? Beer.

Felicity Carter is editor-in-chief of Meininger’s Wine Business International and the views expressed here are her own. Full disclosure: she once worked as a copywriter for Cellarmaster Wines, a company owned by Foster’s, the precursor of TWE.