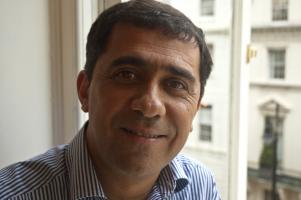 One of the hardest things in life is to admit that you’ve made a mistake. Whatever we choose to call it – a blunder, a cock up or an error of judgment – it’s much easier to pretend that we are infallible. The bigger the ego, the tougher it is, which is why you don’t hear many winemakers admitting gaffes in public. The 200% new Missouri oak, the tank that turned to vinegar, the experiment with Doradillo that didn’t quite work out: most of these stay behind closed doors.

But here was one of Chile’s great winemakers, visiting London to show the Circle of Wine Writers a range of his award winning, multiple point scoring Carmeneres, doing just that. Tasting his own 2002 De Martino Alto de Piedra Single Vineyard Carmenere, Marcelo Retamal creased his brow. “It’s one of the worst wines I’ve ever made,” he said.

It was certainly a big wine: 14.6% alcohol, 17 months in 100% French oak, added acid, 40 day maceration, late harvest. You know the style. In fact, you probably know the style very well, because there are thousands of reds like this in the New World. Indeed, you could argue that such wines are the norm in many regions these days. “It’s funny. At the time, we were very happy with it,” said Retamal. Now, he added, the wine seemed clumsy and over-extracted.

Why is the 2011 so different? The answer is a combination of factors: earlier picking, no acid adjustment, natural yeasts, no bleeding of the vats, large oak foudres. Everyone in the room agreed that it was the best wine of the vertical, a Carmenere with elegance, finesse and varietal purity and yet Retamal describes it as “a risk” because it’s “simpler to make wine in an over-ripe style”.

Like Gérard Gauby in the Roussillon, another outstanding winemaker who decided to alter his style for the better, Retamal couldn’t go on as he was, despite the fact that his wines were critically successful. A little like Nick Faldo, who rebuilt his swing when he was already one of the best golfers in the world, Retamal wants to be an even better winemaker.

“Chile today has a great opportunity,” he says. “But we need to believe in freshness and less alcohol. A little touch of greenness in a wine is important. You don’t need to make something that is ripe, ripe, ripe all the time. At De Martino, we are convinced this is the right way.”

Retamal is not alone in this. If you taste the wines being made by, among others,  Matetic, Casa Marin, Viña Falernia, O Fournier, Viu Manent, Clos Ouvert, Aristos,  Sol de Sol, Torres, Laberinto, Viña Leyda, Emiliana, Antiyal, Tabalí, Luis Felipe Edwards and (for some wines) Concha y Toro and Cono Sur, there is a perceptible stylistic shift in Chile towards greater elegance.

The problem, as Retamal is only too aware, is that some critics and consumers, most noticeably but not exclusively in the United States, like big wines. “The world is changing,” he says, “and so is the US market.  I’ve been there three times this year and new consumers, that’s to say people in their twenties and thirties, don’t particularly like oaky, over-ripe wines.”

Is he right? The “modern” style of wine, created or influenced by the likes of Robert Parker, the Wine Spectator, Australian wine shows and Michel Rolland, is no more than 30 years old. (The 1982 vintage in Bordeaux was what launched it.) But like the genie that escaped from the bottle and swallowed the cork, something that was initially welcome has become far too powerful.

Oppose or question it and you risk a critical cold shoulder. As one American winemaker told me recently: “I have to make a certain style of wine to get scores from critics, because if I don’t get the scores, I lose my job.”

The power of critics is not a new thing. In his book “Inside Burgundy”, Jasper Morris quotes the Abbé Tainturier, writing in 1763 about prevailing tastes. Some export markets, he sniffed, want “deeply coloured wines”, just as they do now.

And yet I think Retamal is correct. The reach of the internet and social media, which makes it easier to share information, is undermining the notion that there is only one way to make red wines. A new generation of sommeliers, bloggers and consumers is championing wines with greater finesse.

But what if Retamal is wrong and his wines prove unpopular with critics and the wine drinking public? As a fan of the heavy metal band, Iron Maiden, he has a ready-made response: “If you’re going to die, die with you boots on.”