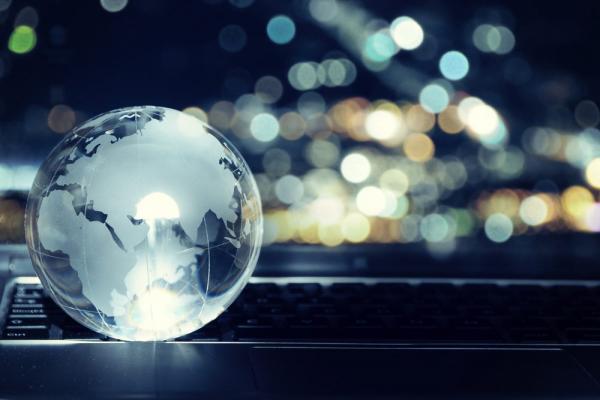 Anyone who thinks that wine and politics inhabit different worlds might like to have a word with some Californian producers right now. As part of the escalating trade war between the world’s two largest economies, China has responded to President Trump’s decision to impose tariffs on steel and aluminium by taking measures of its own against American fruit, nuts, pork and wine. Touché!

Even if you don’t subscribe to the view that China is a promised land for exporters – there’s huge potential, but plenty of hurdles too – this is a very bad news for the Golden State’s vintners. California’s exports to greater China have increased by 400% over the last decade and accounted for the near totality of the $197 million of sales in 2017. Wine may be dwarfed by trade in pork – worth $1.1 billion, according to the US National Pork Producers Council – but that’s still a lot of booze. Bobby Koch, CEO of Wine Institute, has warned that the punitive tariffs “could result in a lost market share for years to come”. He’s not kidding.

California is already at a disadvantage against major competitors, such as Australia and Chile, who have Free Trade Agreements with China, signed in 2015. Both countries have low-tariff access to the country’s 1.4bn inhabitants and are trousering the benefits in their number one export market. Australia’s exports rose by 63% by value last year and when the current 3% tariff is removed altogether in 2019, Shiraz from Down Under is going to be even more popular. Nearly a fifth of Australia’s wine is now sold in China.

President Xi Jinping’s isn’t the only figure who views wine as more than a beverage, recognising the economic and political leverage it provides. Two weeks ago, the Mendoza MP Omar Félix presented a new plan to cut falling Argentinean wine consumption to the National Congress in Buenos Aires: among other, more progressive measure, he wants to ban bulk imports for a decade. Argentineans aren’t great drinkers of other countries’ wines, but two short harvests and on-going inflation has pushed up local prices, leaving a gap for more competitive, export-focused Chile in particular. The two Andean neighbours are not the best of friends and, if the proposal is adopted, it’s not going to be popular in Santiago. Cue more checks at what is already a very slow border crossing from Mendoza?

China’s tit-for-tat move against the United States and Argentina’s potential “solution” to the success of Chilean imports both run contrary to the spirit of wine, which is global, international and generally co-operative. This is far from the first time that protectionism has been applied to wine – Spain banned vinous imports from its own South American Empire in 1641, to prevent competition for its domestic industry – but we live in a very different world today.

Cheaper, faster travel has made it easy to move between hemispheres. When I first went to Burgundy in 1987, a leading grower in Vosne-Romanée told me that he’d never visited Paris; the current generation of Côte d’Or vignerons has often worked one or more harvests in New Zealand, Australia or Oregon and probably speaks good English too. And nor is it one-way traffic. Thirty years ago, the first flying winemakers – Hugh Ryman, Kym Milne and Peter Bright and their ilk – were so unusual that they were used as a marketing tool. Nowadays, there are New World winemakers doing vintage – or working full-time – all over Europe.

Overall, I believe that globalisation has been good for the wine industry as well as for consumers. For all the complaints about homogenised flavours and the “recipes” used by certain international consultants, we have benefited from the exchange of ideas and cultures. To take only one example: the quality of Pinot Noir has improved dramatically in the last decade, with lots of places offering credible and affordable alternatives to Burgundy. Information is shared rather than protected in today’s wine world.

Nor do I agree with the idea, put forward by Mike Vesseth in his 2011 book, Wine Wars, that globalisation undermines the idea of terroir, that “nowhereness” is somehow replacing “somewhereness”. We have surely passed the peak of the incursion and domination of a handful of popular grapes like Chardonnay, Sauvignon Blanc, Merlot and Cabernet Sauvignon. More and more countries are rediscovering their viticultural roots and working with indigenous, rare or ancient grapes. In production terms, the world is getting more, not less, diverse.

In the last few months, I’ve shared a bottle of Barolo with a top winemaker in Mendoza, an Hermitage in South African and a Rioja in Nuits-St-Georges. Today’s winemakers are more curious, better educated and more open-minded than their parents. Unlike the new protectionists, they see foreign wines as an inspiration, not a threat. What they taste from elsewhere gives them new ideas back home. As TS Eliot wrote in Four Quartets: “We shall not cease from exploration, and the end of all our exploring will be to arrive where we started and know the place for the first time.”