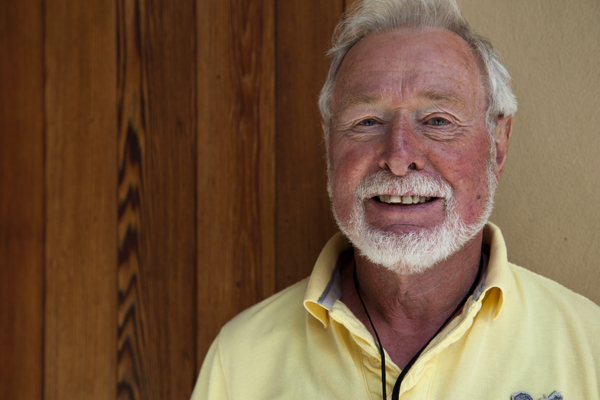 A friend of mine in the south of France runs a business advising people who want to buy vineyards. Some of them have lots of money, refugees from the city or the corporate world, but many of them don’t. What most of them have in common is naivety, a belief that, as Australians like to say “she’ll be right”. Very few of them think through the financial implications of their decision.

My friend’s business is called Wine Prophet. Looking into the future, or rather asking his clients to do so, he tells them the truth: there is little or no profit to be made from owning a winery. Indeed, if things go against you – a couple of bad harvests, an importer that goes under in a key market – you could be out of business in a matter of years, chastened and considerably lighter of wallet.

Most of the time, he convinces them not to go ahead. Spend your money on a boat or a second home, he tells them, and stick with the day job. But sometimes they do go ahead. And sometimes they succeed. There’s luck involved, of course, but no little determination, too. To make a winery work these days, you need to make good wine (almost a given in the ultra-competitive world of wine), but you also need to be a wizard at sales and marketing.

Anyone who is thinking of making the move into the wine business, drawn by the bucolic ideal or a love of vino, should read Alan Brady’s wonderful book, “Pinot Central: A Winemaker’s Story” (Penguin). It tells you more about the process of creating a winery – the precipitous highs, the ocean bed lows – than any wine book I have ever read. It’s funny, engaging, honest and, at moments, achingly sad.

Born in Ireland, Brady was a television journalist in Dunedin when he and his then wife (they split up in the course of the book) decided to buy an abandoned cottage in Gibbston near Queenstown, a place with no grapes. Against the advice of experts, who told him that Central Otago was too cold for viticulture, he decided to make wine, first as a hobby and then, abandoning his journalistic career, as a business.

Brady wasn’t the only person to take the risk – other Central Otago pioneers included Rolfe and Lois Mills at Rippon, Verdun Burgess and Sue Edwards at Black Ridge and Ann Pinckney at Taramea – but it’s amazing to hear how callow he was. His knowledge of the winemaking process was “limited to what I’d been able to read in a little Australian do-it-yourself book on hobby grape farming”.

The first half an acre of ungrafted Pinot Gris and Golden Chasselas vines was planted in the spring of 1981. Watching them take and grow was a thing of wonder. “In the warm early November sun the hard, dormant buds on those first vines softened and swelled until, almost overnight, delicate, pale, green, translucent leaves suddenly reached out like butterflies emerging from a chrysalis”.

There were setbacks to come – not least the rubbery “Dunlop vintage” and the planting of Müller-Thurgau on the advice of German academic, Dr Helmut Becker – but Brady succeeded, founding an industry that has gone on to become one of the most exciting in the Southern Hemisphere. From 10 hectares in 1987, Central has grown to around 2,000 hectares today farmed by over 100 producers.

Brady says his success was partly good fortune, partly location. “We got away with putting marketing at the end of the development sequence simply because wine from Central Otago in the late 1980s was a novelty.” The wine business then was arguably less competitive than it is today, when “anyone planting a vineyard in an established region without first having carried out extensive market research and planning is turning the whole exercise into a much bigger gamble than it already is”.

It took, and stilll takes,  a lot of courage too. Brady quotes Paul Pontallier of Château Margaux, who told a conference in Auckland that “there is no great wine without some risk”. And his autobiography illustrates his point. He’s set up three wineries in his lifetime – Gibbston Valley, Mount Edward and now Wild Irishman – and he’s still making great Pinot Noir. Journalism’s loss was our gain as wine lovers.