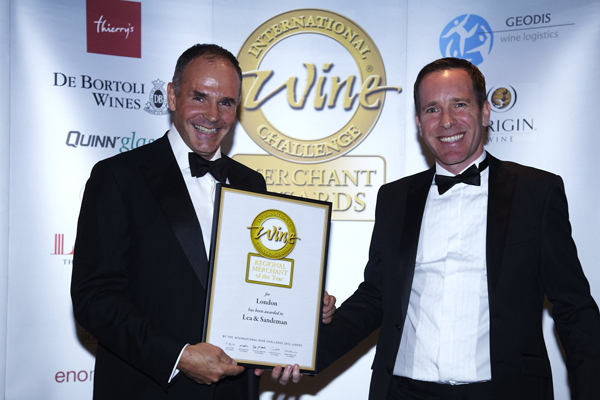 It was one of those where-were-you-when-you-heard-the-news moments. I was sitting at my computer on a Sunday evening when I saw a Tweet by wine journalist, Guy Woodward: “Truly terrible news about the death of Patrick Sandeman in a tragic skydiving accident. A great guy and a fantastic wine merchant. He was 53.”

Tragic is an overused word, but it seemed apposite here. The mid-air collision that led to Patrick’s death and has left a young Frenchman in hospital with severe spinal injuries sounded so avoidable. Patrick was an experienced skydiver who had landed without incident on a remarkable 700 occasions. The pair were 50 feet from the ground when their parachutes coalesced. Human error? A gust of wind? Too many divers in the sky? We may never know.

Sandeman’s death has shocked and saddened many wine people, both here and abroad. Yes, he liked to ride motorbikes. Yes, he liked to skydive. But he was such a charming, apparently fortunate bloke that you assumed he’d make old bones, living out his retirement with his wife, Katie, in his beloved Tuscany perhaps.

Charles Lea, his friend and business partner for 25 years, says he has felt “so foul telling people about it. It’s like handing them a bomb.” The responses have been “incredibly nice”, making it hard to do anything “through tear-filled eyes”. And there were more tears, as well as laughter, yesterday at the memorial mass at the Church of the Immaculate Conception in Mayfair, as friends and colleagues said farewell to one of the nicest and most talented people in the wine trade.

I wasn’t a close friend of Patrick’s, but I knew him reasonably well and enjoyed his company hugely. Like my fellow wine hacks, I imagine, I always looked forward to Lea & Sandeman tastings – partly because the wines were so great, but also because of Patrick’s warm and jovial presence. He was a man who knew how to enjoy himself and share that enjoyment and sense of fun with others.

In common with everyone who met him, I have strong memories of Patrick. At Vinitaly a few years ago, I spent a morning visiting his producers, dashing between pavilions in Verona. Three things struck me at the time: his rapport with the people who owned the estates, his talent as a taster and his ability to communicate what it was he liked about the wines. Above all, perhaps, he believed in what he bought, irrespective of fashions or journalists’ scores.

More recently, I sat next to Patrick at a livery dinner. What could have been a rather dull and stuffy black tie evening was transformed by his proximity. We laughed, gossiped, chatted about jazz (a shared interest) and enjoyed the wonderful wines that were poured that night. Two days before he died, he sent me a small jar of honey as a present: a kind thought that was typical of the man.

My last meeting with Patrick was at The Bunch tasting at The Groucho Club just after Lea & Sandeman had won London wine merchant of the year at the International Wine Challenge for the fourth year in succession. I told him how hard that category was to win (London has dozens of great merchants) and he was clearly, and rightly, proud of the achievement.

What Patrick has built with Charles Lea, contrasting characters who seemed to bring the best out of each other, like Lennon and McCartney or Morecambe and Wise, is one of the great wine trade success stories of recent years, creating a business that takes pride in listing wonderful and sometimes quirky wines. Their stylish shops and user-friendly website are some of the best around.

Patrick was my kind of wine merchant: professional, passionate, engaging, gregarious and always aware that working in wine is a privilege. He lived life to the full and died doing something that gave him enormous pleasure and a rush of adrenaline. It’s hard not to feel solemn at the moment, less than two weeks after the accident, but Patrick wasn’t a solemn guy. His smile was what defined him.

Charles Lea has said that Patrick’s colleagues at Lea & Sandeman are “committed to redoubling our efforts and to continuing to build on the solid foundations of the company, certain that this is what Patrick would have wanted”, which is both admirable and very true.

Those of us outside the business will have to choose our own way of celebrating Patrick’s memory. You can donate to a site set up to help people with spinal injuries or you can raise a glass to a man who brought pleasure and no little humour to the lives of those who met him. Patrick was a very special man. The UK wine trade won’t be the same without him.