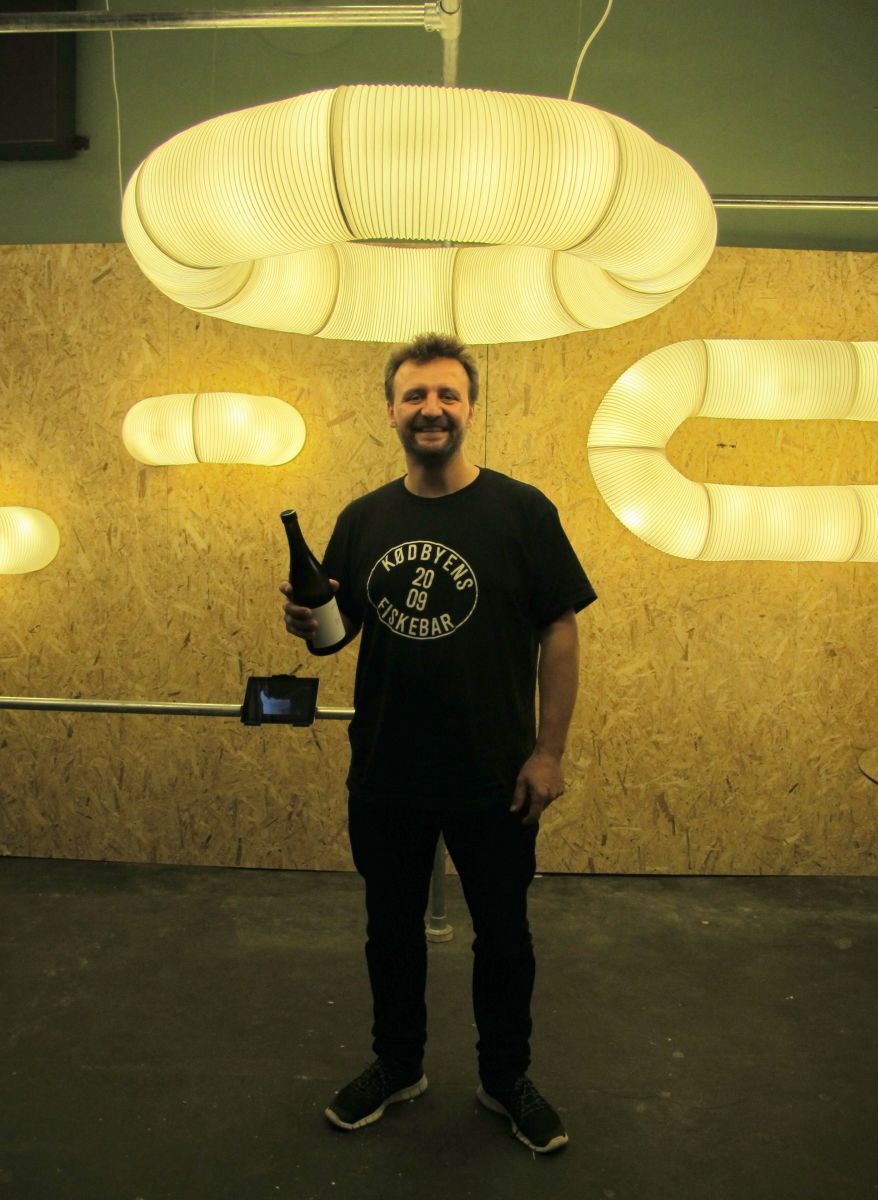 Inspiration can come in many forms. For Anders Selmer, his lightbulb moment was at a café in Copenhagen, and it was shaped like a turnip: “I was served a turnip like it was a fruit – it was sweet like a pear”. It started him thinking about the unusual growing conditions in Denmark, and what else might be achieved in this cold yet bright country. “In Denmark it doesn’t really get dark… my terroir would definitely be the light.”

That was back in 2003, when he was sommelier at Reni Redzepi’s restaurant Noma in Copenhagen (three times winner of Restaurant magazine’s ‘The World’s Best Restaurant’). The cuisine is determinedly Nordic, and the dishes on the menu only use Scandinavian ingredients. Danish wine however, wasn’t the most exciting of raw materials for his wine list: “back then there were 40 or 50 growers, but all working with hybrids, mostly Rondo and Léon-Millot… so not that interesting, and not servable”.

Despite having no formal training, Selmer wondered if he could manage something better. Hybrid grapes may be more suited to cold climates, but he was determined to work with higher quality yet relatively delicate vitis vinifera varieties. Finding the right terroir was the key, and his search led him to Lilleø (‘Little Island’) 100km south west of Copenhagen.

Although this tiny island (inhabitants: 6) is on the same line of latitude as Newcastle in north east England, it has a number of advantages when it comes to ripening grapes. It is situated relatively far south in Denmark; the shallow waters around the island help protect the grapes from spring frosts; and they help reflect the sunlight onto the vines. Though success was far from guaranteed, under the guidance of Martin Steinmann (owner of Schloss Sommerhausen in Franken, Germany) he planted 1 hectare in 2005, and another 1.5 hectares on the other side of the island in 2008. He selected a number of different types of grape to see what would work: mostly Riesling, Sauvignon Blanc, Sylvaner and Solaris (a clone of Sauvignon Blanc); also some Pinot Gris, Grüner Veltliner and Chenin Blanc.

From these grapes he makes two different white wines, one still and one sparkling. The Arwen 2010 (named after Redzepi’s daughter) is a still white wine made of 45% Pinot Gris, 40% Solaris and 15% Riesling. They are fermented to dryness separately in stainless steel tanks, and then blended. The result is not as pale in colour as you might expect, and shows a lot of typical Pinot Gris aromas: apricot and a touch of musky spice. It also has the fullness and silkiness in the mouth of that variety, with enough (though not too much) bright acidity. Though not long, it finishes fresh and clear, with a subtle mineral undertow. The alcohol level is 12.3%. If tasting it blind, you might reluctantly guess Alsace, but it certainly has its own unique style.

The sparkling wine is named after the Danish word for bubbles: Skum. Selmer replies to my raised eyebrow with a weary smile as he smoothes down his light brown beard: “I know, it’s a blunder – but now we’ll stick to it because it’s fun”. The blend changes each year, but the 2010 vintage is 50% Riesling, with the other 50% made up of a blend of Grüner Veltliner, Sauvignon Blanc, Sylvaner and Chenin Blanc. The alcohol is low at just 9%, and so is the fizz – it is bottled at less than half the pressure of Champagne (just 2.5 bars). Although the method used to create the fizz is artificial carbonation, the bubbles are surprisingly soft and frothy, if not terribly long lasting. The wine is dry (5 g/l residual sugar), with nicely balanced acidity. It has attractive elderflower and pear aromas, and although the flavours aren’t terribly persistent, it is a pleasure to drink. Selmer’s suggestion of pairing it with mussels is an appealing one.

The trend for natural wines in Copenhagen is “really, really big: still the big thing with the best restaurants” but not a very practical approach in Denmark. It’s too cold and too wet. Selmer has lost up to 70% of his crop in previous vintages due to rot. Though he practices ‘lutte rasionée’ in the vineyard, if there is a danger of mildew or other disease, spraying is sometimes necessary. If not warmth, at least he can rely on plenty of sunlight, with and a very long growing season – he harvests late into November, 120 to 130 days after flowering compared to the more common 100.

To date, these are the only two Danish wines sold at Noma, and at Selmer’s Copenhagan restaurant Kødbyens Fiskebar. But with wine sales now overtaking beer sales in Denmark local demand is growing. Selmer mentioned that Jacques Diebolt of Champagne Diebolt-Vallois has expressed an interest in buying some land on Lilleø. And Selmer has spotted another potentially promising terroir 40km to the west of Lilleø, on the steep chalk hills of Møn. It may be a little while yet before we see Danish wines widely available outside of Denmark, but when we do, it will be thanks to bright young pioneers like Selmer.