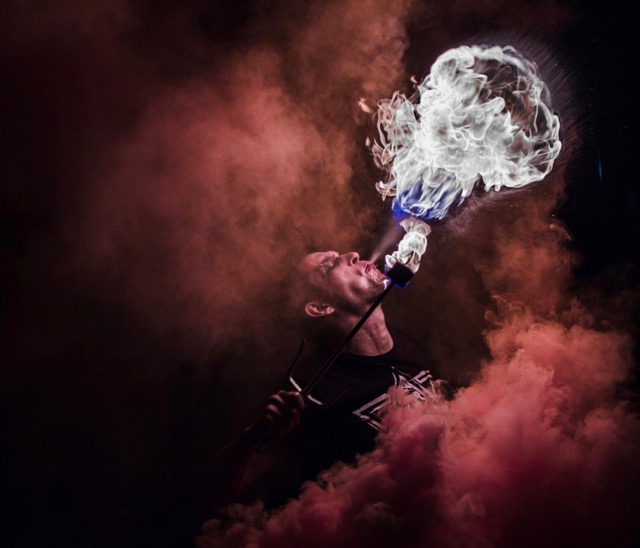 If you think A-Levels are hard, it’s because you’ve never attempted the Panhellenic exams. A gruelling, ruthless ordeal, it holds a special place in the Greek national psyche. Perhaps its finest dramatisation has been in the opening episode of an otherwise farcical 1990s teenage drama. Two of the protagonists are in a cramming marathon, when one of the two snaps. What are these things we are learning, he howls. His companion ruefully observes that you can’t pull by quoting Adamantios Korais.

Now, Korais was a rather impressive chap. A cross between Voltaire and Webster, he was a giant of modern Greek letters and a principal of the Greek Enlightenment. Indeed, it is impossible to study modern Greek history without learning about him. Yet, the character had it right. I have the laboratory logs to prove that his pulling effect with teenage Greek females in the 1990s tended to zero.

I have often wondered why the English wine trade, the world’s most knowledgeable, sophisticated, and affluent, is also the world’s unhappiest. I have concluded that part of the answer lies in studying Adamantios Korais. Or, more precisely, the trade has been too educated about wine for its own good.

Education, of course, belongs to that list of things which are considered unequivocally worthy as long as someone else is doing all the work, like motherhood, home improvements, or lasagne. It is always suspicious hearing someone saying you should absolutely do something, while at the same time running as far away as possible from doing it themselves ever again.

Outsiders would be forgiven for thinking that wine education doesn’t really count. You’re learning about wine, not rocket science. A good chunk of it seems to involve tasting the thing. And, in all likelihood, you’re past, possibly well past, your more sensitive years. Sadly, it turns out that none of the above holds. There is something about the very act of organised learning that conjures all the school yard Erinyes. It is peculiar, but a class is always a play with set roles, and the students fill those in a game of musical chairs. It doesn’t matter if it’s grad students taking a semester of AI at MIT, or the Manchester United squad taking basket-weaving lessons: there will be a nerd and a class clown, a teacher’s pet and a cheater. There is always the guy that self-styles as a rebel and tells you that the tutors know nothing and real knowledge is out there, man. And then there is the teacher: a figure that Knows Something that you don’t.

For the British, this holds additional challenges. Firstly, because everyday interaction comes with a smorgasbord of simmering class and regional resentments, with an intricacy more fitting to the court of the Sun King than a Majestic in Reading. Adding the dynamics of a classroom of grownups, is like kindling. Throwing in a subject as semiotically overburdened as wine isn’t so much striking a match, as showing up with a flamethrower.

Then, there is the British obsession with teachers. Now, admittedly I’m going on borrowed experience here, but it seems to me that in the space of 30 years, the country went from being taught by people with all the generosity and sweetness of Alsatian Riesling, to getting their homework marked by James Suckling. To this has been added what I like to call the BBC documentary effect. At some point in time, the country seems to have collectively decided that pleasant trivia is a substitute for knowledge, and there are no bad students, only bad teachers. Interestingly, nobody seems to think that the reason they don’t start for Chelsea is their PE teacher, but many seem to be convinced that the reason they can’t do calculations is the unappealing manner of their maths teacher, not the fact that they cannot count to 20 without taking off their socks. This confrontational mindset is not a good starting point for studying something like wine, so frivolous and yet so complex.

None of the above would be a dealbreaker, however, were it not for the crux of every organised educational effort: the examination. We can wax lyrically about education being the journey, not the destination, but “he studied diligently for the Diploma, yet had a bad day at the exam” does not provide any postnominals. This, by the way, is uncharacteristic of Britain: credentialism is usually a disease of Continental Europe, while Albion is probably the only country in the Western world where people can do almost any job without having studied the thing itself: lawyers can have degrees in English literature, engineers in physics, accountants in nothing. Yet the British wine trade is the most overqualified in the world. It might be overcompensation for the lightness of the topic. Or it could be a Victorian class residue, Bertie’s need to know that Jeeves has applied his considerable intellect solely in the pursuit of serving his master’s whims in the best possible manner.

No matter the reason, it is the exam that makes wine education so unappealing and so dubious in the eyes of so many. All the criticism thrown at the classical education model, the narrowness and unrepresentative nature of a one-off timed exercise, the pointlessness of certifications, can be thrown at wine education times three. And then there is blind tasting, the cornerstone of wine examinations, which (almost) everyone who succeeded in it agrees it is absolutely necessary, while never actually undertaking it in public ever again. (A three-year renewal exam for the blind tasting portion of any wine qualification would be likely to bear some interesting results.) From my outsider’s perspective, the pinnacle of wine education, the MW, looks like a reasonably challenging MA in the social sciences – but in one of the modules you have to pole vault five meters blindfolded.

Like all students, wine students motivate themselves through this by keeping their eyes on the prize. Unfortunately, quite often they decide what the prize will be themselves. People might be tired, stressed, or frustrated when in the thick of it, but the bitterness and nihilism creep in later: when the qualification is not achieved, or when it is, but does not lead to the career Elysium once imagined. Often, the only thing worse than not getting what you want, is getting it.

And yet, and yet. There is substance in education, in wine or in anything else. There is inherent virtue in knowing things and in trying to understand them. Even exams, with all their imperfections, do contribute something. It is true that for a tiny minority they’re redundant, and their thirst for knowledge would provide them with more than any test ever would. And it is also true that they benefit one type of thinking over another. But then again, what doesn’t? If you have an idea for checking knowledge that does not involve some sort of assessed action, I am sure teachers, would be all ears. Just commit to accepting that the surgeon that operates on you will have gotten their qualifications the same way.

In the end, the value of education can only be understood much later and only if disengaged from a practical goal; the latter is rarely going to measure up to expectations. More to the point, it is only really worth doing, if you were going to do it for no monetary gain whatsoever. The benefit is more insubstantial, and the more superficially trivial the topic, the more insubstantial it becomes. Alexander the Great perhaps put it best, declaring he was indebted to his father for living, but to his teacher for living well. (Admittedly, Alexander’s teacher was Aristotle, who is likely to have been more engaging a mentor than your WSET tutor. But then again, your KPIs probably do not include conquering the known world either.) As for tangible gains, you can never quite know when those will present themselves. Life is funny like that.

In a fit of nostalgia, Greek TV recently resurrected that 1990s drama, catching up with the characters in 2020. This being more than two decades later, there is no teenager and no studying in sight: none of the actors would be offered an alternative to the AstraZeneca vaccine. I’ve not watched it, but I think the trailer suggests that one of the protagonists is now divorced. If the writers had any sense of humour, they would have him charm his next wife with his knowledge of Adamantios Korais.

Photo by Judeus Samson and Unsplash