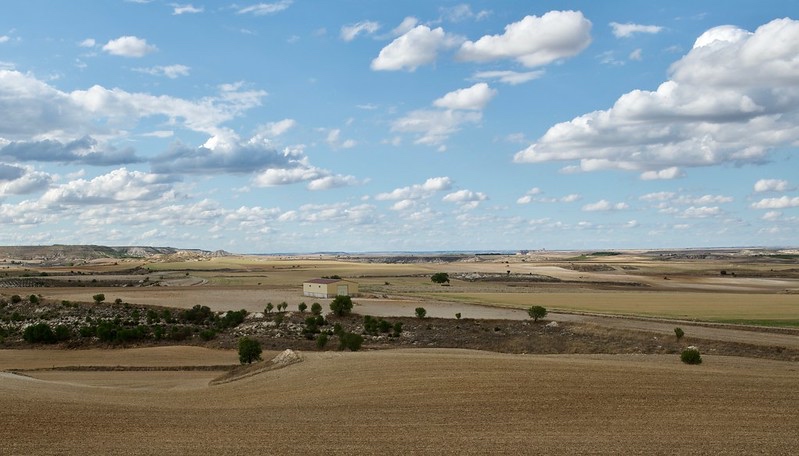 After 18 months of Zoom calls, Instagram Lives and home tastings, of Coravin capsules, small samples and endless recycling bags, I finally got to visit a wine region two weeks ago. To be strictly accurate, I did go on an inspirational visit to Danbury Ridge in Essex last year, squeezed in between lockdowns, but my trip to Ribera del Duero involved getting on a plane and flying to another country. Spain always lifts my spirits, but this time they soared.

Like everyone who once took overseas travel for granted, I’m going to do less of it now that’s it’s (just about) possible again. This is partly out of concern for my over-sized carbon footprint, partly the realisation that, having just turned 60, my energy levels are not what they were, but also reflects a more general reordering of post-pandemic priorities. I still think on-the-ground research is an important, even vital part of my job. It’s just that my travel will be more focused now.

Wine writing – and wine buying – means so much more if it’s informed by research, observation and serendipity. There are no satisfactory short cuts to proper understanding. You can study all the soil maps you want, listen to panel after panel of winemakers on Microsoft Teams, sip through dozens of couriered samples, but nothing beats going somewhere to experience it with your own senses. Only then do the wines truly come alive.

I thought I knew Ribera del Duero reasonably well, but I was wrong. I’d never walked through Peter Sisseck’s vineyards in La Horra, learning from and listening to the man who created Pingus. I’d never been to Moradillo, marvelling at the warren of subterranean bodegas that date back to the 15th century, with historical knowledge supplied by the local mayor. I’d never stood beside a wall of limestone in Tubilla del Lago with César Maté, feeling the coolness of these high-altitude soils. I’d never seen pre-phylloxera field blends in La Aguilera. I’d never been on a “Ribera safari” with Marta Ramas and Miguel Fisac, visiting the three main terroirs of Baños de Valdearados, pausing on a bumpy, off-road journey to taste their new wines in the shade of a large tree.

So much of our recent experience has been remote, socially distanced or conducted at the other end of an internet connection, that engaging with places and with people is a skill we may need to relearn. Remoteness has made us lazy as well as incurious. I posted a picture of one wine I particularly liked in Ribera del Duero and it was immediately picked up by a UK wine merchant. Could I provide him with contact details of the producer, he asked?

There are still wine merchants who walk the hard yards, who visit wine regions hunting for new producers. You think of Ben Llewelyn of Carte Blanche or Lance Foyster MW of Clarke Foyster. But we are long way from the days of pioneers like Robin Yapp, Geoffrey Roberts, Craig Smith or Simon Loftus who travelled widely in search of winemaking talent. These days, talent sometimes comes to you if you’re an importer. But not always.

And serendipity? One of the best moments of my trip was meeting Anyi García, a young Colombian grape grower in Roa. Colombian? Yes indeed. Her father was an economic migrant who left South America to work in Spain as a labourer. A few years later, he’d earnt enough money to bring his wife and daughter (Anyi) to Ribera del Duero in 2000. Anyi’s mother worked for a local grape grower called José-Luis Antón Crespo, who became fond of the family. When he died in 2015, he left them his house and three hectares of prime vineyards. Anyi took viticulture courses and now grows some of the most sought-after grapes in the region. It’s a story of kindness, courage, talent and hard work.

The ability to travel to other, often very beautiful places is one of the perks of working in the wine business. And yet I don’t think I ever truly appreciated it. Like many of my peers, I frequently whinged about jet lag, security checks and over-packed programmes. But I’ll never do that again. It’s not just the occasional bit of winter sun, the ability to experience another culture and language. It’s something more profound than that. Travel inspires us, but it also puts us in touch with a better version of ourselves.