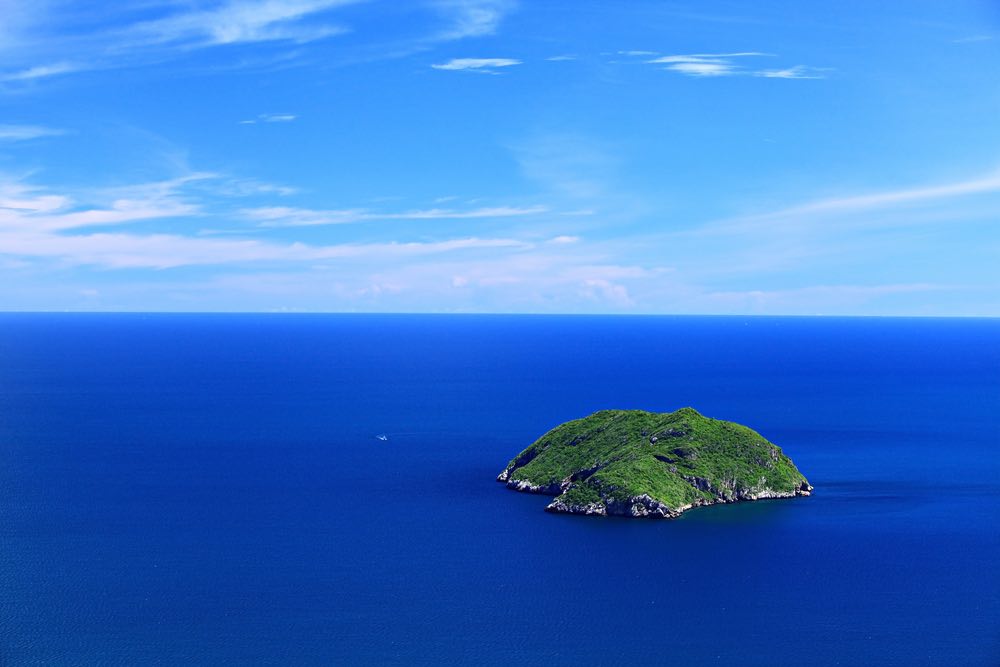 You can’t find it on a map. Believe me, you don’t want to. It’s one of those God-forsaken places in the world we all do our best as a civilized society to forget. Places like leper colonies, massive Brazilian garbage dumps, death row prisons, and En Primeur week — horrible places populated with the very worst of the unfortunate. You might be able to get in, but, like the inmates, you’re unlikely to get out. There is nothing you can do for those who live there. You can feel sorry for them, but your tears won’t end their exile, their shame, or their struggles with blind tasting. Allow me to take you to the Island of Lost Master Sommeliers.

The world has forgotten about them since they were stripped of their Master Sommelier pins last year after the uncovering of a cheating scandal run by a now disgraced Master Sommelier, as if there were any other kind. The wine world moves on, unconcerned with ethics and truth, as well it should. Ethics and truth are Roundup for the wine business. You don’t want to use them liberally, or at all, they pretty much destroy the ecosystem. There’s nary a peep from the Court of Master Sommeliers about the scandal; a veritable Perricone of Silence has descended. The internet moves onward, unblinkingly, searching for the next topic. Stories are forgotten. The Master Sommeliers who lost their pins are forgotten. And no one cares.

“We have it pretty good here,” Marsanne told me (all of the names in my report have been changed to protect the LMSs from retribution, or solicitations from Naked Wines). “It’s a little lonely, but we make do. The weather is nice, and I have my inflatable Raj Parr to sleep on. The blowup valve is so life like!”

In 2018, the Court of Master Sommeliers announced that a record 24 candidates had passed the rigorous exams and been awarded their Master Sommelier pin. “We thought it was a PIN,” Larry told me, “a password to unlock our new giant bank accounts. Hell, that’s what they promise. Turns out it’s an ugly little thing you pin on your lapel that’s worth about a buck ninety-nine. I think I found one when I was a kid. It was the prize in a box of Cracker Jacks.”

Twenty-three of the twenty-four were to have their pins confiscated. The twenty-fourth? They’ll hunt that sorry sommelier down eventually. (If you spot this renegade Master Sommelier, do not approach him! Call the authorities immediately — he is armed and ridiculous.) The twenty-three who were accused of cheating were allowed to take the test again, except for the guy for whom Lori Laughlin may have bought a Master Sommelier pin. The ones who failed the test they had already passed once before were shuttled here, to the Island of Lost Master Sommeliers. They’re the Lost Boys in search of their Peter Pan. They are all but forgotten.

“It’s wine business Gitmo,” proclaims disgraced MS candidate Bastardo. “They sent us here because we represent their own corruption, and they don’t ever intend to let us out. We’re not any different from them. We were just in the wrong place at the wrong time, and we got caught. You don’t think we were the first class that had cheaters, do you? No one thinks that. But they don’t want to talk about it. The whole Court has clammed up tighter than a just bottled Barolo. We may not die here, but our careers have. You can’t go much lower than disgraced Master Sommelier, unless you write for Wine-Searcher.”

The residents of the Island generously invited me to sit in on their nightly blind tasting. It’s a kind of torture. Their captors promise them that if they can identify the wines correctly on any given night, they will be released. How hard can it be, I wonder, when the answers are given to them every night. The Lost Master Sommeliers know it’s a trick; they fell for it once before. Yet they love the event, and their apparent camaraderie is contagious.

“This has to be from the Jura,” Marsanne says, removing her nose from a glass of wine that appears to be the chemical soup from which life emerged ten million years ago. “It smells like Larry Stone’s sock drawer. Believe me, he was my mentor. I did his laundry. Did you know he has the Grand Crus of Chablis embroidered on his undies? He has ‘Les Clos, but no cigar’ on one pair!”

Down-trodden and shuffled to the forgotten edge of wine culture, banished to an island even Gilligan couldn’t find, you have to admire their good cheer and optimism.

“Look,” Bastardo tells me at the end of a long night of drinking, his breath faintly smelling of old somm socks, “it’s pretty nice here. They let us update our Instagram, even provide us with pictures of unicorn wines to post so we can pretend we drank them, just like real sommeliers. Various wine importers are allowed to visit once a week and taste us on their portfolio — it’s fun, and now I know how monkeys in the zoo feel when people tease them with food. Man, I nailed Terry Theise with my own excrement last week — that was cool. That’s every somm’s dream. But it’s not fun to be forgotten and totally ignored. And for what? For being cheating adjacent? They won’t even publish the name of the Master Sommelier who emailed the answers to people, the Court won’t even own up to their own mistakes and Old Boys Club ways! They’re hiding us to hide themselves. I wish I’d never taken any wine exams. I’d have been a lot better off.”

Marsanne walks over and puts her arm around Bastardo, “It’s OK,” she tells him, “things will get better. Just think, in a few months, we’ll have a whole bunch of new residents!”